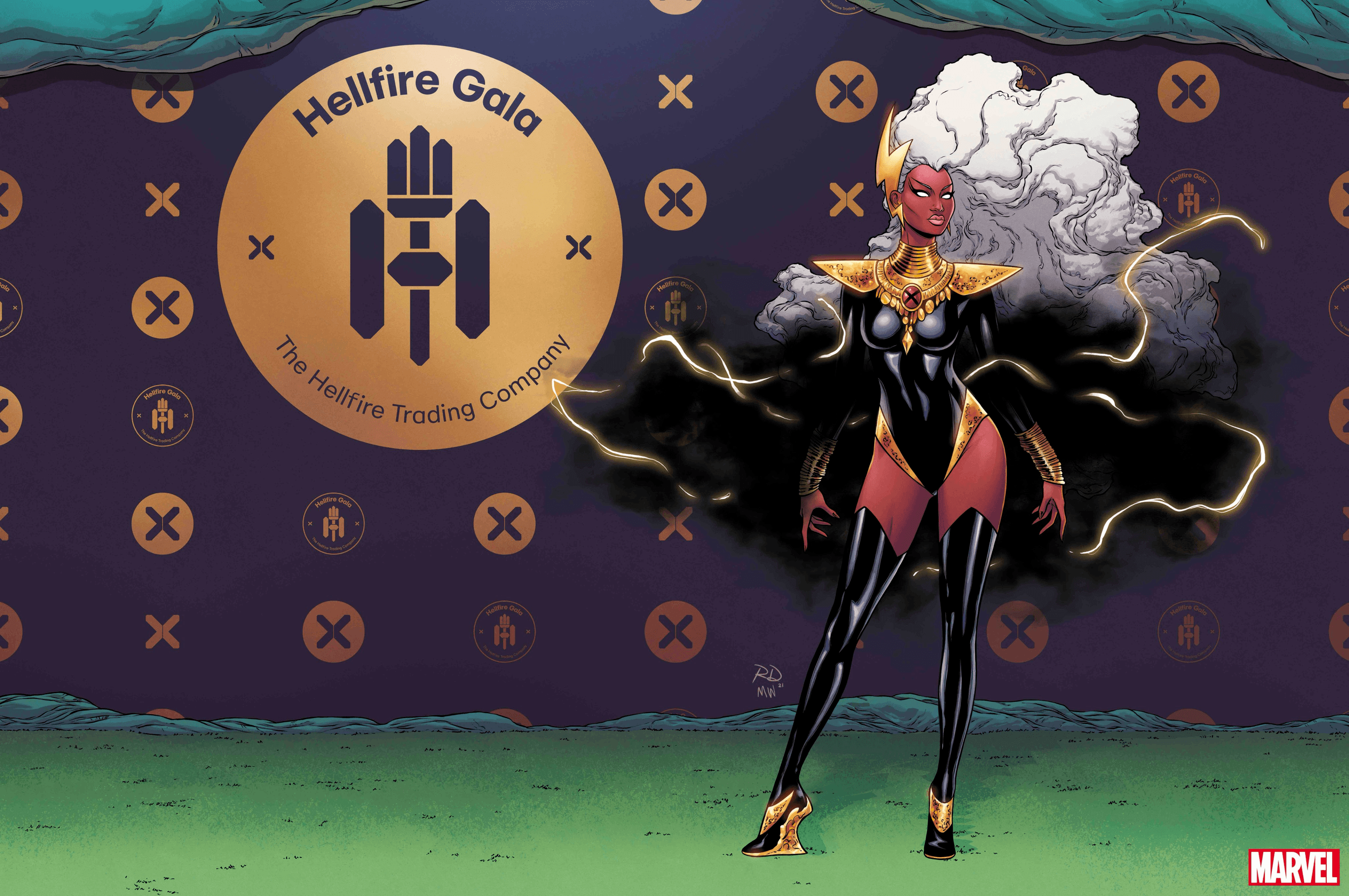 *stands up from seat shouting* I didn’t come to this event dressed to the 9’s in my fancy Timberlands to talk about the political moves y’all making to have Krakoa recognized as a sovereign nation. I didn’t stuff the butterfly shrimp on display into a Ziplock bag to take home just so I could see Charles Xavier and Magneto together being the bad bishes we always knew they could be. Listen, I ain’t wear my good edible underwear here to witness Cyclops, Jean, and Wolverine being in a healthy open/polyamorous relationship living under the same roof. I love that for them tho, and we’ll unpack all that in a different article; however, that is not why I’m here now. I showed the fuck up for the promise of fashion, high-level boujee, and stank attitudes that the Hellfire Gala promised to give.

Emma Frost must have been a FUBU fan cause she really brought back the Hellfire Gala just to have the X-Men and the entire mutant nation of Krakoa show the fuck out. That’s what the fuck I am talking about. Emma out here being the masters of the ceremony too. Now, I’m not sure why Eminem was invited to the Hellfire Gala but Meg Thee Stallion, Rihanna, Dapper Dan, Beyonce, and Billy Porter were nowhere to be seen.

See, this is why the X-Men need a team of Black mutants and mutants of color to handle certain affairs. This guest list coulda been way more bumpin’. I’m just saying, if Dr. Strange got an invite then there’s no reason Lil Nas X ain’t get one. Guest list aside, Emma frost really set up a beautiful event for her fellow mutants to be a part of and the world to witness. So let’s talk about the mutants that saw fashion as a full buffet and ate that shit up.

But can we talk about the hair? Look at the hair! It’s a freaking cloud! Are you kidding me?
I fucked around and thought I saw Mufasa in Storm’s hair saying, “Remember who the fuck you are.”
Storm’s hair making me wanna vibe in a hookah lounge, and I ain’t even a hookah-type guy.
Storm’s hair is serving the purest piff possible (homegrown on Krakoa).
Don’t even get me started on that eyeliner being sharp enough to fade a man!

Be clear, Storm has the best fit at this Hellfire Gala, easily!
Storm should be feeling herself so much that she tells the driver to roll the partition up.
Storm better have been greeted with folks saying, “Heeeeeeey Miss Munrooooooe”.
All I’m saying is, Storm got ayebody’s undergarments in a 9-mile radius going through monsoon season.

Hey now… No male gaze just the gays mailing in the ovations for Emma on this one.
Emma out here on her crystal gem shit walking around butt ass smelling like old money and pink starburst.
Emma out here in crystal form while draped in crystals and drinking Cristal. A fucking flex.
Emma really out here Donald Duck’ing it with nothing but diamond linguini straps. GET FUCKIN FREE EMMA!
Emma said you going get the yams, yiddies, and foreign affair policies in this fit.

Look at the shoes tho. I guarantee you Emma got requests from men to walk on them in dem heels.
Emma Frost got the glaciers that sunk the titanic on her feet, fam.
Emma Frost is frosting to the Nth degree with ice on her alps, hair, and toes.
Emma Frost came to the Hellfire Gala with grown bish fashion and I done lost the ability to can.

Hellfire Gala: The Flex is Palpable

Watch Out for the Thick Bois

That’s literally all I got for Colossus’ fit. Nothing I say will top that line. Look at that man’s outfit. What else is there to possibly say, fam? Huh? Mans out here already strapped but giving off “I double strap it up” vibes. What the fuck Colossus? Chest meat all out and shit too. He knows what he’s doing. That’s one tall drink of vodka right there. That means a shot of Samogan [Russian moonshine]. Colossus really out here with his tiddies out in a romper. That’s fucking fashion right there, folks. Look at that man, rocking a fucking cloak on top of a romper. In metal form with a beard too? I– I’ma just say it. Colossus ain’t slick, mans walked into the Hellfire Gala looking like a whole sex toy.

Colossus looking like the sex toy boyfriends gets insecure about when you pull it out.
Colossus looking like he got ‘for his and her pleasure’ stamped on his back where the batteries go.
What’s that? Oh, my fault. It’s 2021. That man working with a rechargeable battery and ready for the action.
Colossus looks like an OBGYN moonlighting as a Dom that knows about intersectional feminism and proper choking etiquette/technique.

I’m done. Take my mic off. It’s over. All I’m saying is the X-Men know how to throw one hell of an event. The lewks for this Hellfire Gala were incredible, and there’s still more to see. Shout out to the mutants that came out to flex. I’m throwing it to Scott Summers to close us out.