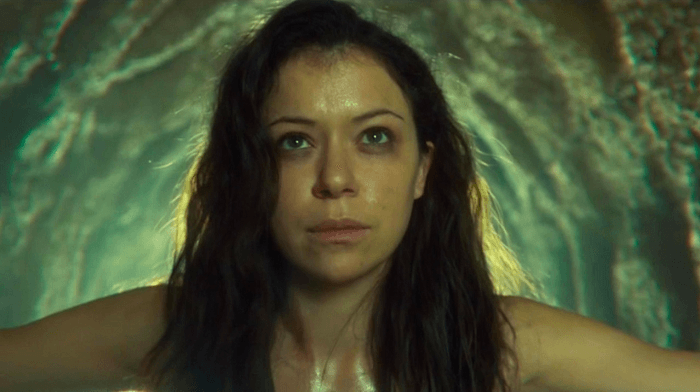 Look fam, if my ass wake up in a cell in Mexico with fresh sweat stains on my undershirt and my giggling daughter is running around with the floor routine ribbon, WAKE MY ASS UP IMMEDIATELY and hit me with cleanse system because something is seriously wrong wit ya boy.

In Arlington, Major Paul the Greek takes all the research that Den Mother has had the Castor fuckboys doing to his superiors. He seems shocked at what’s going on…you know, the same way the Captain was surprised by the illegal activity going on at Rick’s place. He wants Paul to get more proof before he takes it to the director.

Fee and Mrs. S are Skype-ing with Kira, which gotta be mad uncomfortable with Sarah in MSNBC’s Lock Up this week. Fee is reaching his breaking point though and he’s losing patience with Mrs. S and her shadow group because they haven’t been able to find Sarah yet. Gracie is playing the dutiful maid around the house, which is really just some shit to keep her mind off the fact that Mark gave her Herpes Complex VII.

Cosima and her Family Stark-like decision making capabilities wake up in Emma Frost’s apartment. She’s fixing her some relaxing organic juice and the ability to recite back shit that Cosima said in her sleep. Diamond complexion Emma talking about “who’s Sarah” and you know everybody watching stood up like,

FUCK YOU KNOW ABOUT SARAH?!?!

Look ain’t nothin’ I can really say gonna add to this shit.

Donnie and Alison out here shooting rap videos from Canada, so you know Drake is somewhere waiting to tell Alison how he could be a shoulder for her to cry on when Donnie fucks up.

You know the most outrageous part about this shit…it’s not that they stripped down to their underwear, got all their drug money together and then twerked it out on the bed…its that they stopped downstairs and got some glitter first…I mean, it’s the little things, fam.

Cosima comes to the lab late and she thinks that Scott is being overprotective by questioning where she was, but really, he was just trying to tell her to take a shower first and wash last night’s conquest off because the former boo got her boots up on the table, waiting for her in the office. Delphine lookin’ at Cosima like, “fuck you been?” And, “when were you gonna tell us that our most prized and fertile clone was missing?” And, “why you up in here analyzing brain tissue?” And, “why you studying Gracie of the former West Baptist Church?” Basically, with the lack of new information that Cosima had for her, Delphine could’ve done this scene by herself.

Paul comes back to the compound and finds Sarah going THROUGH IT. Den Mother tries to pass it off like she gave Sarah some penicillin or some shit, but we know that shit ain’t right.

Helena still on the run in the desert and since that Sun probably got the heat turned up to Hell and she is pregnant, she collapses while Fuckboy number 1 is in a Jeep looking for her. Pupok is trying to call her out for being soft and saying that she’s only struggling because she’s got regrets about leaving Sarah. Let me ask you something…you ever had a moment when you said some shit to someone and immediately, you were like…ok…maybe that wasn’t my best call. I’d really like a mulligan and to pretend I never said that shit. No? Well Pupok did.

GOTDAMN, YO. Pupok was the lima beans to Helena’s Hannibal Lector. That shit was just brutal.

At the compound, Paul talking to the doctor and getting intel on the new mission he wasn’t privy to. Every time we learn some new shit about this secret operation, the creepier this shit gets.

Delphine is trying to have some small talk with Cosima while Cosima tries to hide how much sex she is having. When the elevator arrives, Gracie and Felix arrive. But yo, why Felix stay looking like he ready for that Beyonce video casting call. While they show Gracie to her examination room, Felix pulls Scott aside and tells him to take him to the Rachel. Fee got unfinished business and nobody else is working hard enough to find Sarah.

After Paul convinces Mark to help him on some spec ops shit, Alison is half-flirting, half-drug running with her ex bae Jason while dropping off the loot. He can’t understand why she wants to keep going since she has paid off her debt, but Alison is getting her Walter White on. She’s in the Empire Business.

Mark gets Paul keys to the lock up and before long, they pouring over the case studies of all the women that the fuckboys have infected. At the same time, Gracie getting the bad news from Cosima and Delphine that she got the Clap to the 3rd power from Mark. And this is the same shit they put in Sarah Manning of course. Paul walks up in the spot and arrests Den Mother because what the fuckboy syphilis does is sterilize women. Fuck. While he throwing the bracelets on Dr. Evil, Sarah is still hallucinating. Young self-aware Rachel leads her down the tunnel to nowhere good. Sarah finally comes to a house and you know who’s waiting for her?

MUTHAFUCKIN BETH, YO. She starts breaking down how she fell in love with Paul and should’ve seen the signs. Even in the afterlife, Sarah is still bitter about how it all went down. There’s the realization that not only did Sarah take over Beth’s life momentarily, she took over her mission to save her sestras. And then, just like that, it was like Beth stepped off the train platform all over again.

Not gonna lie to y’all. That hit your boy some kind of way.

Paul calls Arlington and this shady handler tells him he’s got six hours until an extraction shows up to take Den Mother away. Uh-huh.

Fee finally gets into to see Rachel and yo…Felix ran out of fucks a really, really long time ago.

He starts putting the screws to Rachel, but she ain’t talking. However, Scott sees she been writing in code in them Bob Ross joints she’s been painting.

Donnie and Alison show Jason the store front they plan to use to sell drugs out of. I mean, ain’t much else to say here except I can’t possibly see how this will go wrong…

As suspected, Rudy gets a call about a new mission, one that probably sounds something like, “Don’t let that pretty muthafucka Paul leave the compound alive.” They leave the desert and head back to the compound, leaving Helena out there to die or escape. Doesn’t matter much at this point for them.

As if we didn’t see this coming, its Delphine that’s been keeping tabs on Cosima and her new bae…uh huh, what all y’all heartbroken shippers think about stalkers and the like, hmm?

Cosima drops by Ice Queen’s spot. Before they can get into the contact sport, Scott calls and lets her know that he’s pretty sure that Rachel knows the code to Duncan’s cipher.

After her vision quest, Sarah is finally back on her feet and basically symptom-free from the sterilization trials that Den Mother ran her through. Sarah start coming at Paul for how he played Beth. They go see Den Mother and find out that they are weaponizing Fuckboy’s STDs. Man, this shit is almost too much. Paul starts seeing the jig come together and when Rudy shows back up at the compound, he knows that the dickhead in Arlington set him up for the Wu.

Rudy is straight going through the camp on some Sam Fisher shit that was given Fifth Freedom. Bodies on Bodies on Bodies. One of the lesser brothers is on patrol and him and Paul do the dance in the alley. Fuckboy stabs Paul half a hundred times before Paul finally rocks him (and his neck) to sleep.

Paul is bleeding out, but Sarah is helping him towards the tunnel for the escape. Of course, Paul knows he ain’t gonna make it, so he closes the gate behind Sarah and drops this gem on her…

Den Mother and Rudy find Paul in the lab and he tries to tell her to give up this crazy shit and just cure the boys. But she’s like, naw, science too good to me homie and puts about 6 in his chest. But of course Paul Da Gawd ain’t going out like that.

…but guess who came back. Crazy ass Sestra #1. Helena scoops up Sarah and drops that, “Come Sestra, people are waiting for us.”