“When your Most Feared Adventure Falls into your Hands”

As someone who is afraid of the idea of having children, I get the emotional pressure from those around you; family insisting that upon marriage one must be prepared to give into “nature’s will.” The Baby covers the internal battles of being at odds with societal pressure to have kids and what that looks like metaphorically. The responsibility of parenting as a concept versus the cliché “it takes a village to raise a child” becomes burdensome to Natasha, and it’s personalized through her consistently trying to hand the baby off to other people. Problem is that the responsibility (no matter how brief) eventually leads to their demise. The ideology of not wanting to be a parent but having societal pressure and commentary boomerang back into your hands is personalized in each episode. What happens when you’re offered responsibility you never asked for, and how do you handle the grief that comes with it?

My idea of motherhood and what that would look like as it was explored through The Baby felt conflicting. Part of me noticed that Natasha’s character was put in an irresponsible or cold light because of their lack of enthusiasm for children and parenthood.

When responsibility literally fell into Natasha’s hands, the community’s lack of awareness became evident. From law enforcement to retail employees, it became clear that she was supposed to take the responsibility of this child, because people around her (not including family and close friends) were not “worthy” enough to take care of the baby.

Natasha was forced into motherhood for somebody’s white child. Hilariously haunted by the one thing she did not want, this, in turn, made me reflect on white children and the BIPOC nannies. The Baby reflects on the lack of support for Black folks having kids, and Black queer folks looking to adopt. The Baby’s comedy derives from pushing the boundaries of absurdity in parenthood. It takes the fears of common innocent occurrences and gives it a homicidal spin.

Though The Baby explored the comedic horrific of parenthood by haunted offspring, I often struggled with trying to figure out what the show was aiming to do. The Baby is a comedic thriller where an infant is the horrifying subject that causes demise, but it was difficult to follow the plot because it seems like it was too caught up in the demise the child was causing. When we finally got to Natasha, and we’re settled in with her as a character, the viewpoint is shifted to the baby’s origin story.

The series does a great job with metaphorical commentary but has trouble luring in the audience beyond its comedic gags. The bits are repeated and doesn’t do much to push forward the story line. I would’ve appreciated more extensive comedic gags on how parenting can feel debilitating. There were instances where jokes could have been heightened, but it refocused on the child creating turmoil wherever it goes. It was hard staying invested in characters because it took too long to show me who “Natasha” was beyond not wanting this haunted white baby.

The Baby’s best work is its commentary on the tribulations surrounding parenthood. When it makes fun of day care culture and responsibility? Pristine. When the characters face everyday issues, and it just breaks them apart? Same. The scream to the ceiling, the “why me?” The Baby poises itself as a comedic thriller, but its scariest moments are the ones that hit close to home.

I’m grateful for The Baby’s discussion on not wanting children and a society who shames women for not wanting to be parents. What I hope shows like The Baby continue to do is showcase “fear” of the required. But it felt longer than it needed to be. The show stretches across many episodes, when its strength lies in its brevity. It would’ve made its content more concentrated and easier to follow. Through its comedic approach, I hope that it brings relief to those that also do not want kids. I hope they find discomfort in feeling responsible for another being. Hope that they find that this show, its screams and mild gore, cathartic. The Baby is streaming on Sundays through HBO Max. 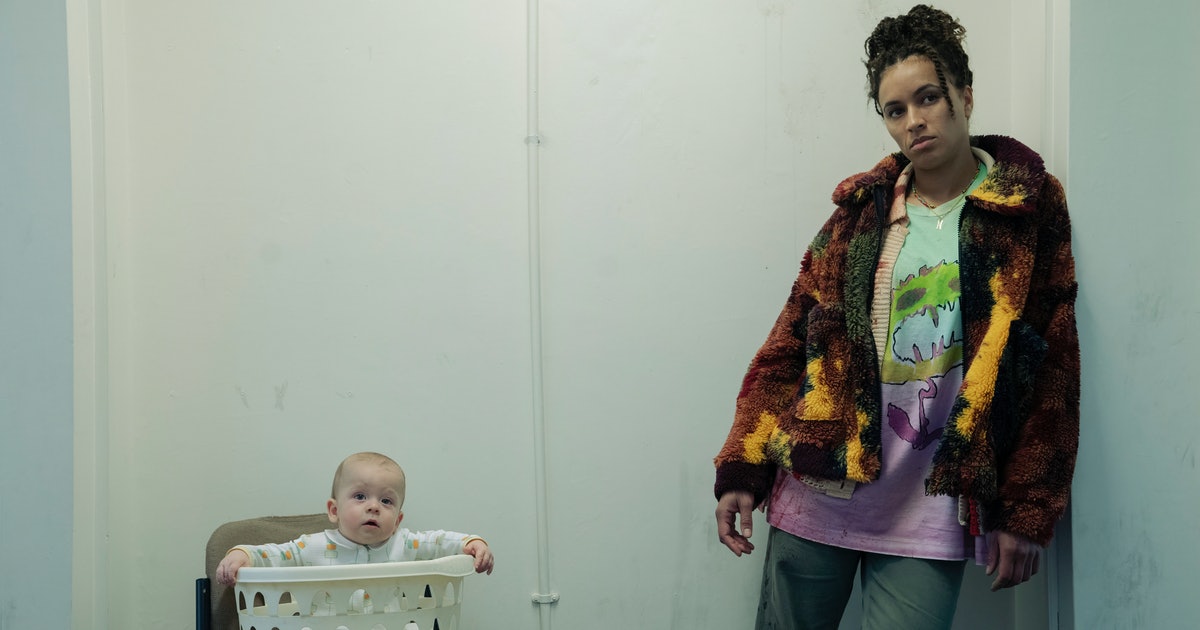