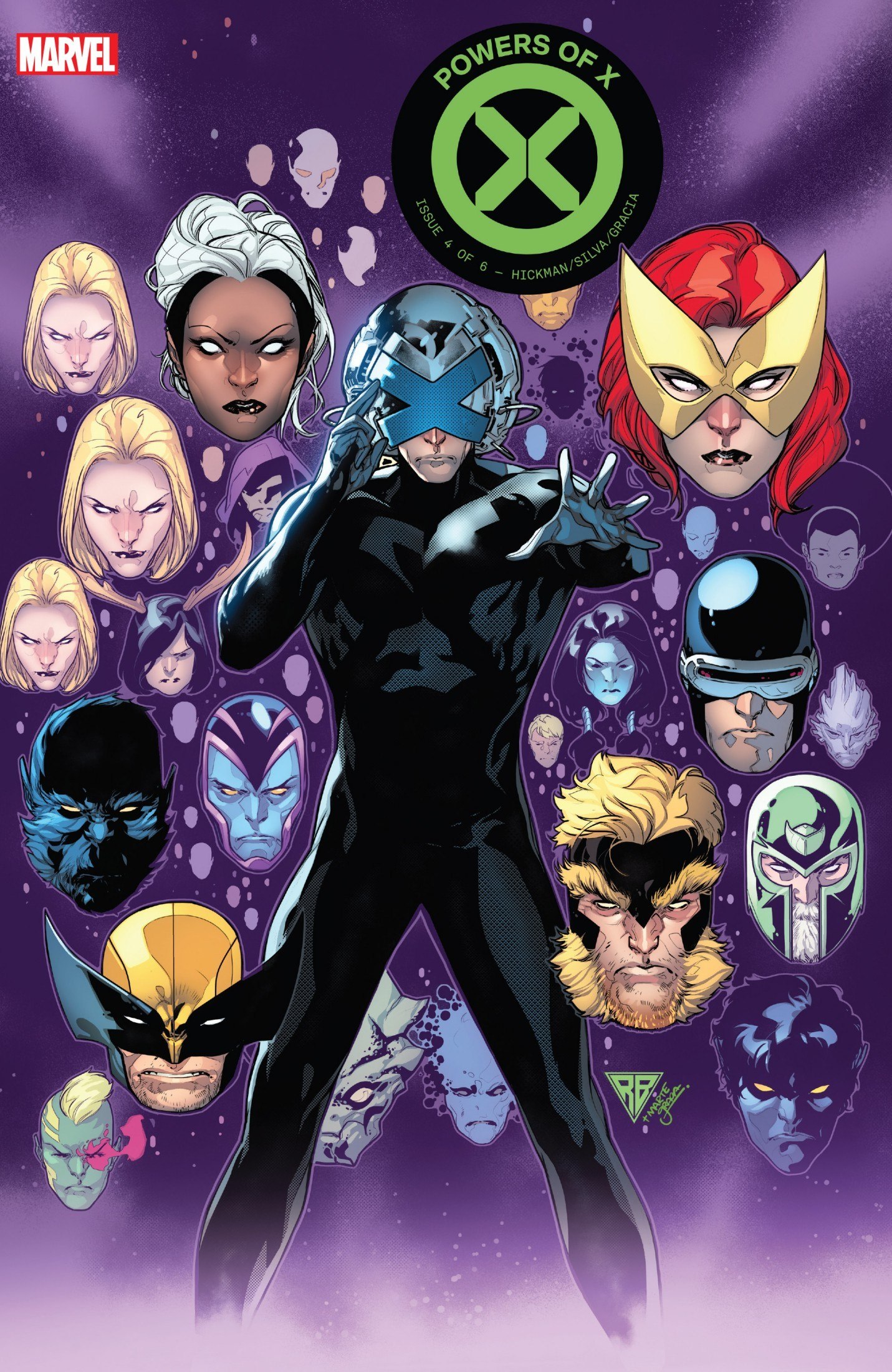 Just like Wolverine and Nightcrawler’s BFF suicide mission to stop Mother Mold in House of X#4, the collective hordes of X-fans have flown to close in the sun in the certified heat that is the Hickman/Sliva/Larraz run on their rebirth the Children of the Atom. Only a week earlier, we watched all the mutants we love die in sacrifice to the greater good. This week?  Mr. Sinister goes full on Jeff Goldblum and Cypher learns to communicate with the mutant-island Krakoa in order to create the official language of the sovereign Krakoan mutant nation. Maybe this installment is not the issue fans want after Powers of X#3 and House of X#4 both ended on emotionally cataclysmic cliffhangers; however, this is probably the issue we need to gather ourselves. Also, who knew full on camp Mr. Sinister was the version we really needed until right now?

The initial issues of HoX/Pox moved at such a frantic pace between timelines that reading one issue was like reading four.  In the previous installments of each, however, the narrative construction simplified but the drama and action escalated with two X-Men teams of X-Men in two separate timelines dying in battle.  Now, in PoX #4 the story takes a step back to fill in some gaps of the finer details that have been almost throwaway lines of dialogue or metapage info.  This issue opens with Professor X and Magneto landing on the narcissistically redundant Bar Sinister – a stronghold of Mr. Sinister’s run and populated by sentient duplicates of himself.  Charles and Erik request an audience with the main Sinister himself only to be teased and annoyed by his decoys until the real Nathaniel Essex himself arrives.
When he finally appears, even Charles loses his patience with Sinister and opts to instead forcibly plant the mental suggestion that he will collect mutant genetic data of the world’s mutants and forget why he is doing so until Xavier reminds him.

Meanwhile, the B-story of the issue focuses on Xavier introducing mutant linguist Cypher to Krakoa for the first time.  Just like with his forced influence of Sinister, Hickman’s version of Xavier makes no qualms about his lack of time or care for pleasantries. When Cypher tells Charles it would could take a month or even a year to decipher Krakoa’s language, he tosses the young mutant a duffel bag and flies off. No time for “please” or “thank you” when you have to keep your people alive. 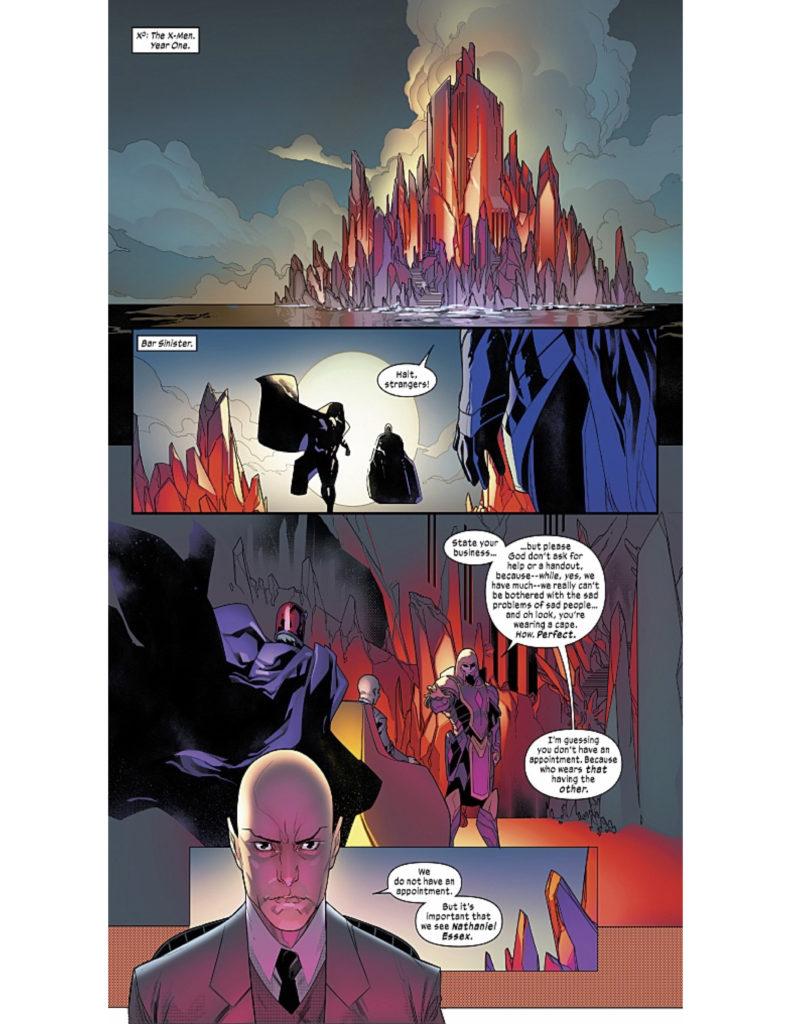 At face value, not much happens in this issue, but just underneath the surface, and on the meta pages, quite a lot is revealed about the hidden history of mutant affairs. For one, we finally see how Sinister was recruited to play his part in the Chimera (mutant splicing) program that plays such a key role in Year 100 of the X-men. Another unrevealed Summers brother? The origin of Sinister’s injected mutant gene from a legendary, long dead X-Man? How about even more mysteries waiting to be uncovered from the death of Scott Summers deceased wife/clone of Jean Grey/mother of Cable, Madelyne Pryor? Digging even deeper between the lines of X-Men mythos,  the origin of the living island Krakoa is exposed, revealing the benevolent influence of Apocalypse in helping to save Krakoa from its own darker half. With only two issues remaining in Powers of X/House X, expect much of what Hickman has planted here to play major roles in the “Dawn of X” mutantwide line relaunch in the Fall.

While the fourth installment of Powers of X is easily the most low key and even tempered of both Hickman-led mini-series, it does inject some more mystery into the X-Men mythos and also adds a little bit of spice to one of their most one-note characters. Let’s just be honest with ourselves – Mr. Sinister always had the potential to be more interesting and vile than he ever appeared on panel.  His “mutant-eugenicist” vibe has always been pretty creepy, but the best version of him only really appeared in the Age of Apocalypse when he rocked the 90’s goatee. Aside from his role in initiating the Mutant Massacre, Sinister comes off as mayo as complexion.  Hats off to Hickman for the personality upgrade to Sir Nathaniel Essex.

Rating: 8 out of 10 Sassy Sinisters