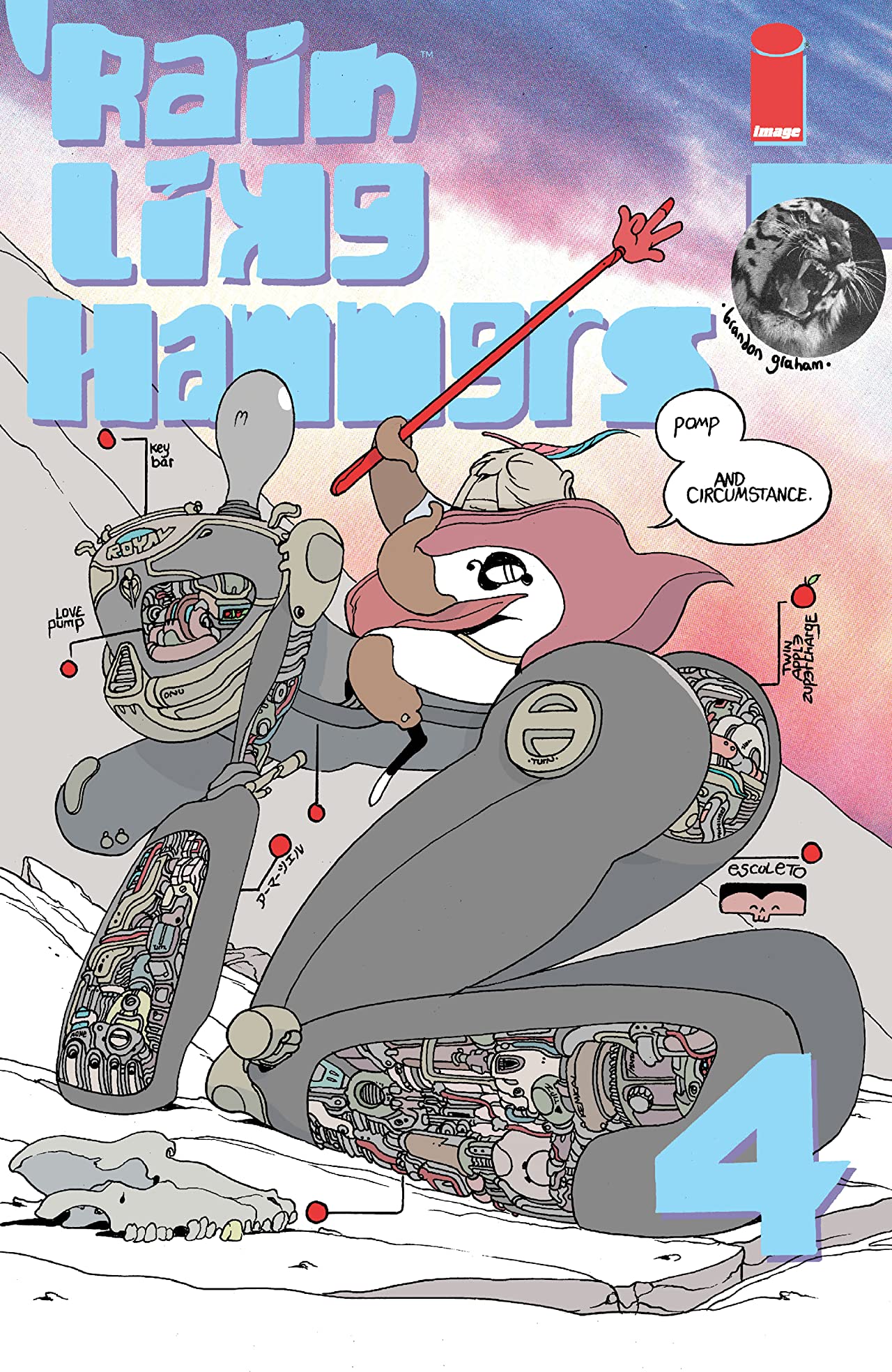 This is the third time in Rain Like Hammer‘s four issues that we have started from the perspective of a drastically different character, diametrically opposed to their predecessors. First issue we had the perfectly normal Eugene. Second and third issue we got to spend time with supercriminal Brik Bok. And now with issue four, we’re spending time with Ott, a detective for the immortal families.

Ott’s introduction to the world of Rain Like Hammers could feel a little abrupt, but instead it just feels like this is the natural time to introduce a named antagonist who can serve as a direct focal point for conflict, a stand-in for the vague council of immortal families that rule the world. Furthermore, Graham has sort of conditioned us as readers to just accept all the bizarre things that he introduces to the point where where Ott uses the phrase “My dear sex-retary-um Bogun” it barely even registers as off. It’s just something that would of course exist in this strange future society. It’s just the aesthetic and the natural course and since the characters in world react so casually, we can’t help but do the same.

Rain Like Hammers #4 spends a lot of its time exploring the hedonism of Ott as it intersects with the world, but it also begins steering the story to its eventual end in the back half of the issue. After Graham is done establishing the last key player, he layers in the necessary context and impetus that causes all of the narrative lines to converge. We get more details on how Brik Blok and El are connected and what the final conflict will revolve around.

Between the wonderfully weird and endearing art style, the off-beat and quirky satirical dialog, and surprisingly poignant commentary on the nature of participating and escaping from oppressive frameworks that perpetual seemingly eternal power structures, Rain Like Hammers has shaped up to be one of my favorite mini-series in recent memory and I am so incredibly excited to see how it all ends next issue (and to find out what the hell happen with Eugene).

Enjoying Rain Like Hammers? Check out BNP’s other reviews here.