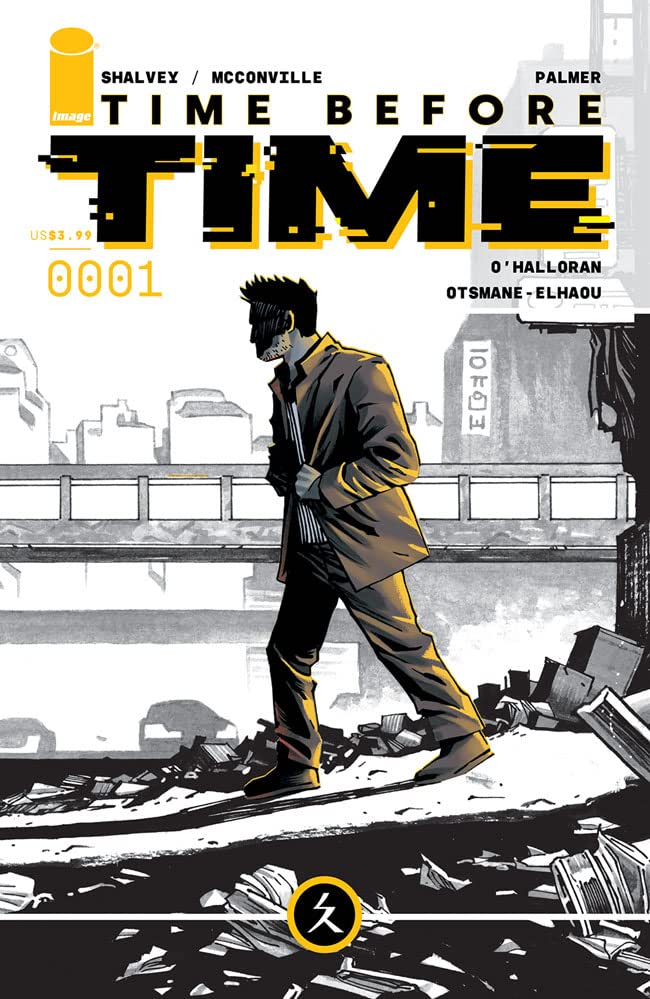 Time Before Time is described on the main solicit as Looper meets Saga, and from the first issue the Looper elements are very evident as the premise is exactly similarly. At time in the distant future (2140 to be precise), time travel has been achieved to the point where criminal elements can use it to traffic people and acquire various goods from different eras. Tatsuo is a member of the Syndicate and works as a sort of ferryman, piloting the different pods to different eras. This is the departure from Looper as Joseph Gordon-Levitt’s character was anchored in a particular year, but there are definitely similar motifs.

The future is pretty goddamn awful. Working for / being indebted to a criminal organization that uses time travel is awful. Not being able to escape the hell despite your best efforts – awful. It’s bleak and sad, but it works. I think this is in part do to Palmer’s thrilling artwork, Chris O’Halloran’s colors, and Hassan Otsmane-Elhaou’s lettering. The different time eras have distinct feels to them, and the characters have the exact type of proto-dyspotian aesthetic going for them. It’s a fun book that revels in making conversations visually engaging. A good majority of the book is watching the characters interacting with each other, but even though there isn’t a lot of traditional action scenes, the pages are illustrated beautifully to give that sense of tension and conflict.

Shalvey and McConville have a good sense of worldbuilding and dialog and play the tropes well. It’s a solid narrative but doesn’t quite distinguish itself from its contemporaries, at least in its set up. At this point in the review, you’ll probably notice that while I have drawn lots of parallels with Looper, I have made absolutely zero with Saga, and that’s largely because there aren’t quite any explicitly there. Given the title of the series and last page reveals, I can maybe project where they’re going, but I’m going to have to see the second issue.

All in all though, Time Before Time is a fun read and the slightly longer than average issue manages to set up an interesting premise that will be familiar to many sci-fi aficionados. It’s not quite a must-read, but if you have a gap in your reading lists, this will fill that time travel itch nicely.