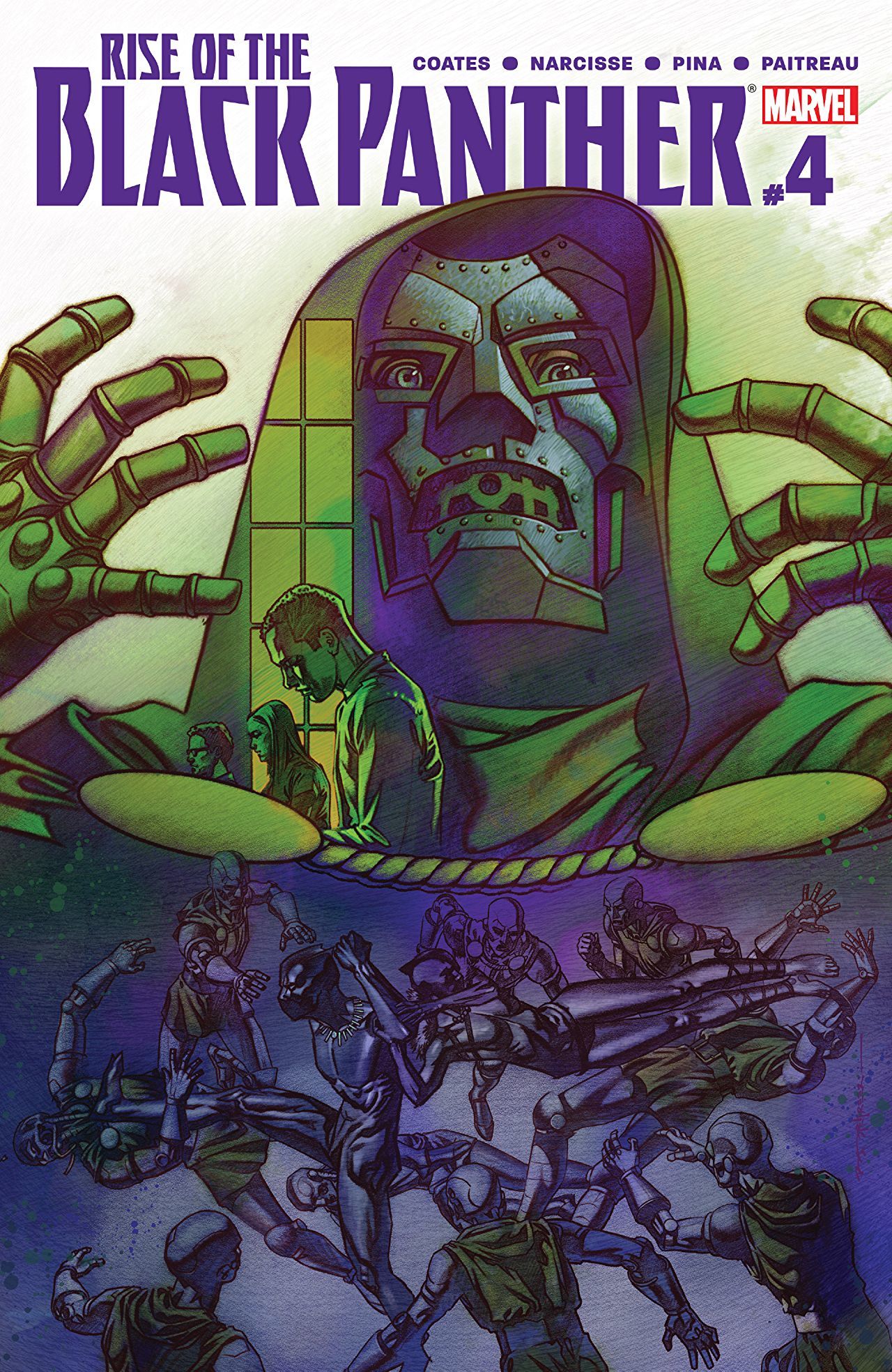 One of the best parts about Rise of the Black Panther is that it constantly reminds you that Marvel has some great fictional nations of its own. From Atlantis to Latveria, it’s really fun to see Narcisse play with Wakanda’s first interactions with these great foreign nations. Last issue’s infiltration of the Winter Soldier is the first consequence of T’Challa revealing Wakanda to the world. At the end of that same issue, we are treated to the second consequence of that action – Doom on the mother fricken throne of Wakanda. 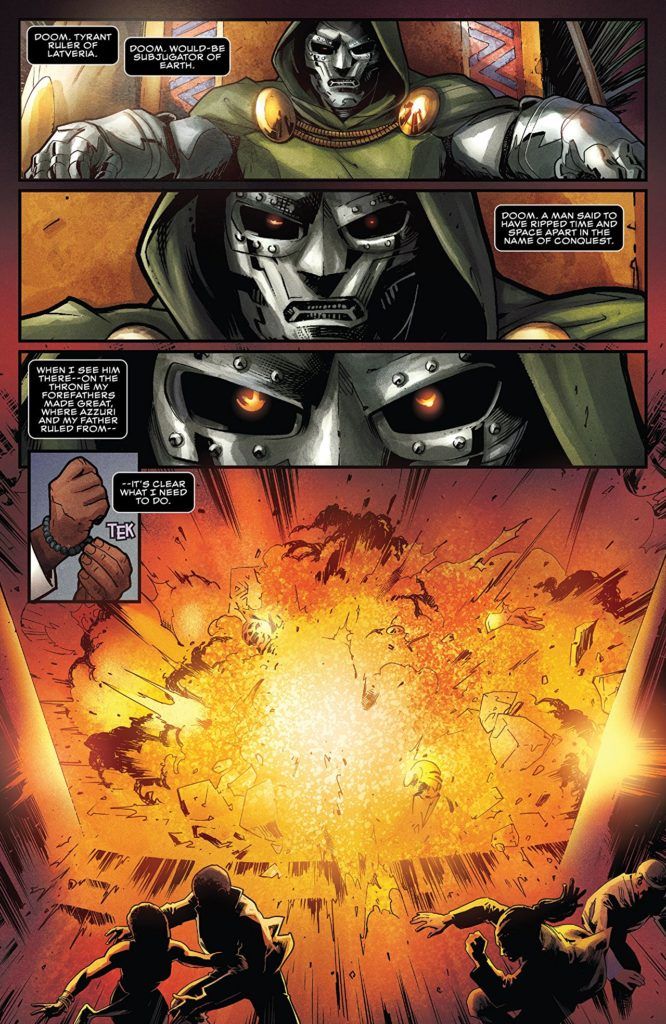 This obviously prompts a visit to Latveria from T’Challa and Shuri. Their mission can only be described as a mix of spy antics and political posturing. It’s also fun to see T’Challa and Doom spit philosophical on how to rule and each of their nations’ purpose to the greater world. We also get a good callback to the Black Panther’s first appearance in comics. It’s great to see Narcisse play with T’Challa’s perspective on that event. Doom and T’Challa meeting is definitely a case of two big egos clashing and the scene doesn’t disappoint.

Javier Pina is back on artist duty and he does an amazing job of not just making the action look great but setting the tone for Latveria. This is a country with a despotic ruler and, at times, it looks like T’Challa and Shuri have stepped into Dracula’s castle. It’s almost prison-like, with barely any of Doom’s subjects in sight and nothing but Doombots around every corner. It’s an interesting contrast from the culturally proud and exciting look of Wakanda.

Back in Wakanda, dissension continues to grow and the seeds are sown for future conflict. With the arrival of Erik Killmonger, he will most definitely play a role in testing T’Challa’s rule. Enjoyable doesn’t even begin to describe Rise of the Black Panther. Every one of Marvel’s iconic heroes should have a book like this for new and old fans alike. It will truly be sad to see this end.