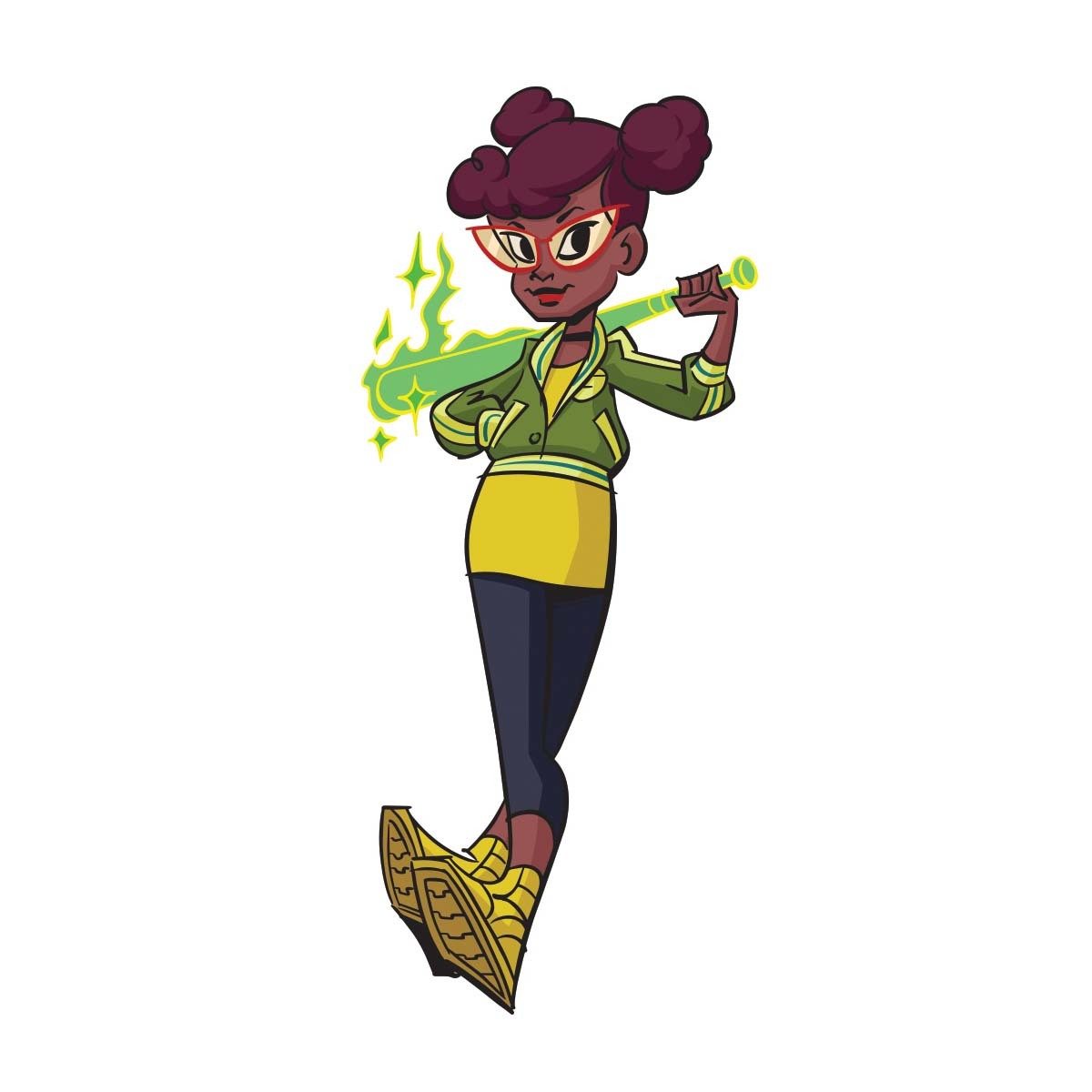 Teenage Mutant Ninja Turtles is the cartoon equivalent of Power Rangers. Just when you think it’s their last year of beating up bad guys, their corporate kingpin drags them into his office by their multi-colored getups and gently reminds them the only way out of this life is in a Funko box.

This week, Nickelodeon revealed new character designs for the Homies In A Half-Shell who are coming back to put that ninjutsu work in Rise of the Teenage Mutant Ninja Turtles. Off jump we see Raphael is drawn much larger than his brothers, and that he’s traded in his sais for a pair of tonfas. But wait…

Who is that girl riding atop Donatello on what looks to be a backpack/hover scooter? Yellow jacket? Glasses? April?

Yes, folks, it appears that April O’Neil has been redesigned as an energetic young black girl voiced by Kat Graham from The Vampire Diaries. For those that don’t know, April was originally designed as a young woman with darker skin and brown hair. Though it doesn’t specify that she was black, she was named after co-creator Kevin Eastman’s then girlfriend, who was African-American.

For as long as anyone can remember, April O’Neil has been drawn, animated and cast as a white woman with red or brunette hair. This new younger, blackity black blacker design is a big step for positive representation. She’s giving us a Riri Williams/Lunella Lafayette look, swinging a magical bat at these foes’ heads, so test her if you want to.

And you thought you were just getting one black character? Naaaah. This time around, half the Teenage Mutant Ninja Turtles are played by black voice actors, with Ballers’ Omar Miller playing the thuggish ruggish Raphael and Get On Up’s Brandon Mychal Smith spitting life into Michelangelo. We got two black Ninja Turtles and a black April O’Neil? Black Nerd History Month is truly blessing us this year.

We can’t wait to see Yung April swing into action. You better duck when she’s up to bat.