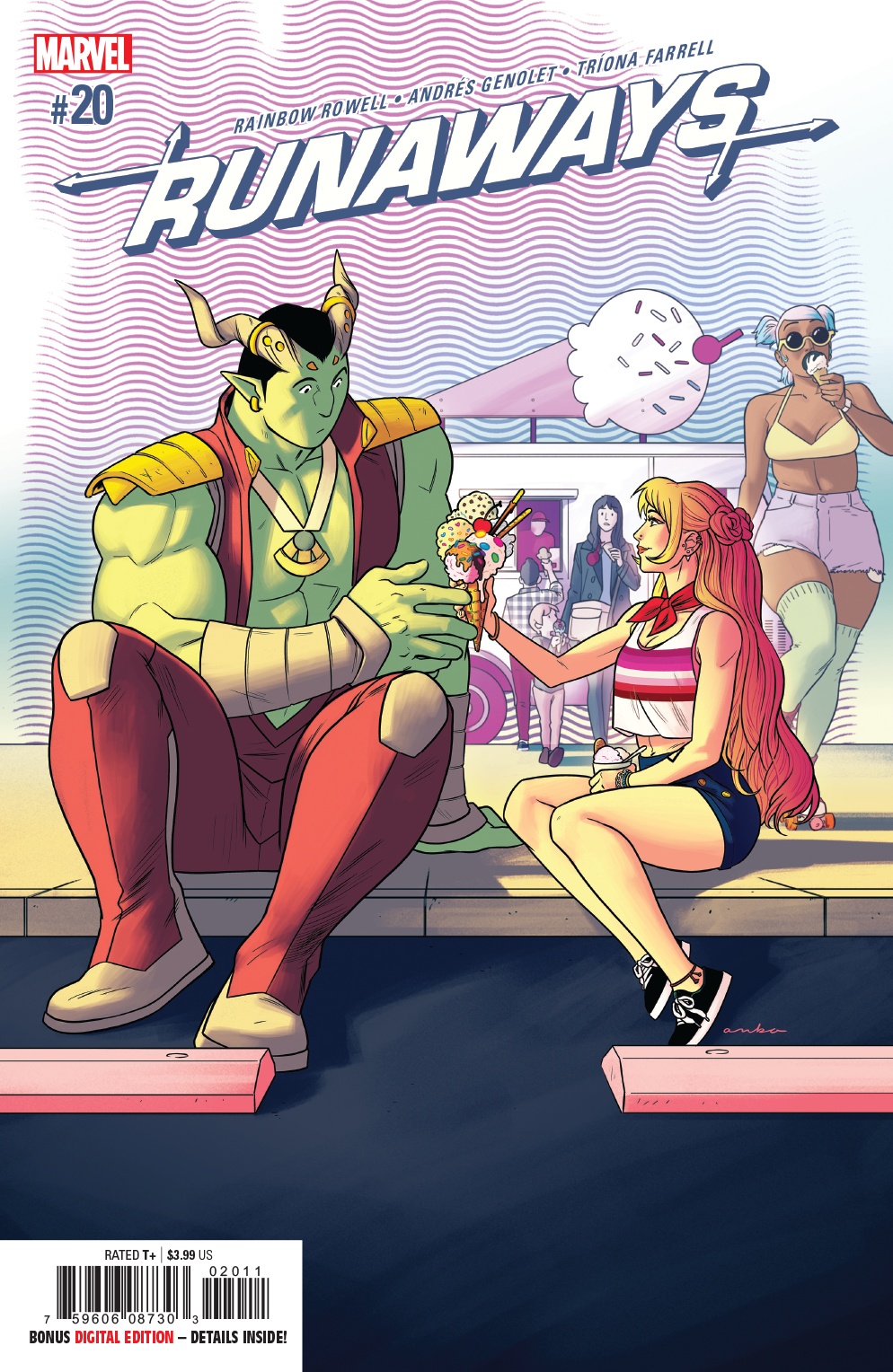 I’ve been wondering where Rainbow Rowell would go with this book. By issue #20 of Runaways, I have to say the direction she chose is equal parts expected and wildly surprising. Andrés Genolet seamlessly took over art duties last issue, and continues to do the Lawds work by finessing on the panels.

On the expected side of the Runaways fence, we see our family of misfits return (or try to return) to their mundane lives. Rowell is such a pro at detailing the intricacies of young people’s lives. She possesses the uncanny ability to keep you engaged in a Marvel title about kids of all ages with these wild-ass powers, without really needing to flex the fantasy elements that so many writers rely on. 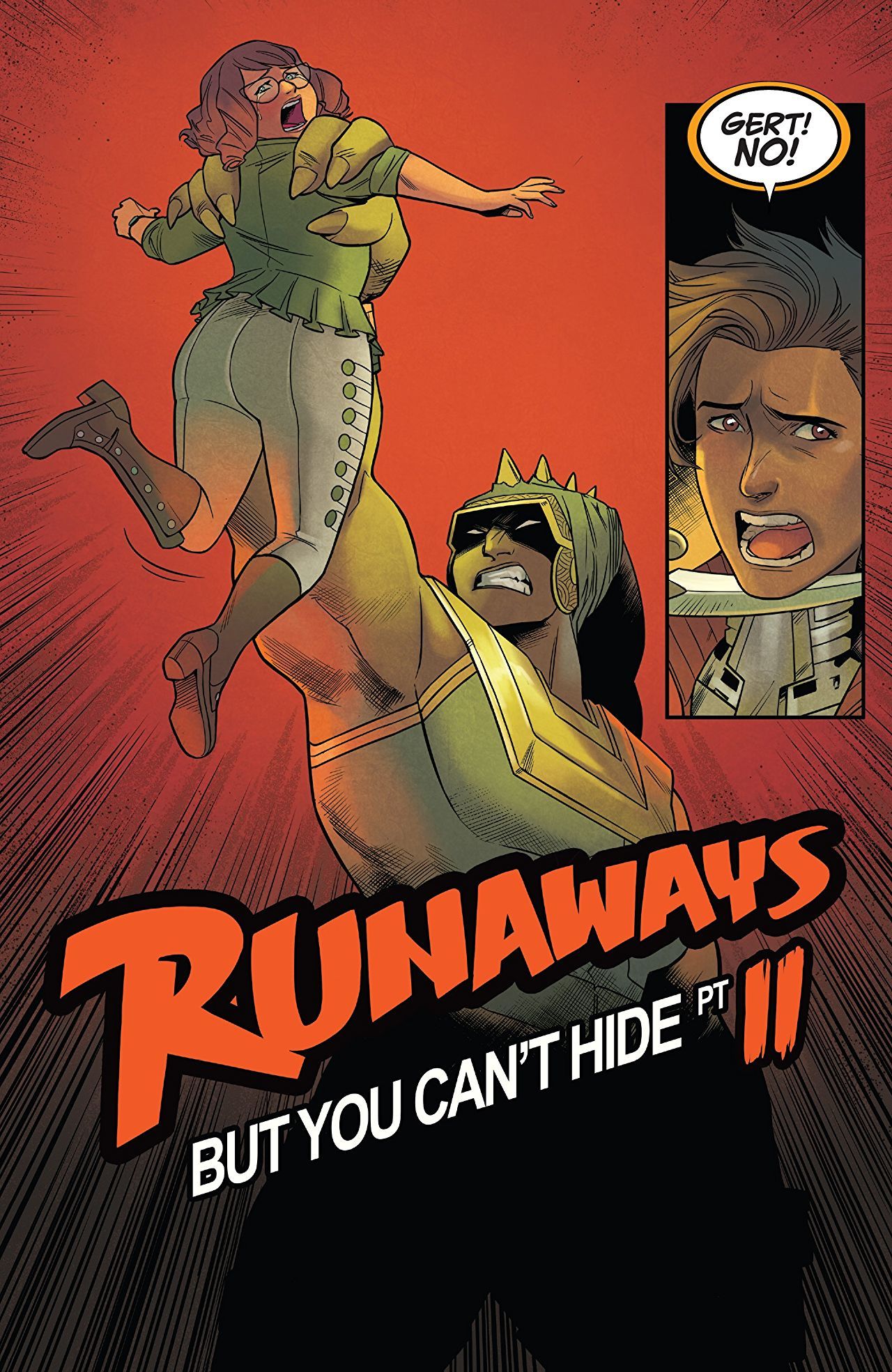 But she can still flex the fantasy when needed.

Nico out here dropping jaws by jamming to Carly Rae Jepsen while putting on a disgustingly LA. pink floral shirt. I was so confused until she mentioned she was on her way to work. Molly, the educational enthusiast, simply isn’t herself and refuses to go to school. We don’t find out if this is fallout from her attempted secession from the group, or just typical teenage angst.

Karolina’s college life has been upended. Chase is annoyed by everything and everyone as he has to put all the handyman work on the back burner until he gets back from work. Speaking of back burner, the fact that “fixing Doombot” is a simple bullet point on his To Do list is mind boggling yet kind of hilarious. Letting that thing sit around definitely won’t come back to bite them in the ass.

Gib and Victor have by far the most interesting trajectories post-Gibborim-and-Alex-Wilder drama. Gib’s arc is of the comedic version, as everyone tries to figure out a way to quell his hunger. Old Lace reaps the benefits of the team’s failures. Victor Mancha, on the other hand, is dealing with an underlying level of trauma that I wasn’t anticipating in the slightest.

Victor’s issues start off mildly, but begin to snowball as this issue unfolds. Andrés Genolet makes you feel the horror playing out in his mind before hitting the reader with a Vision callback that is sure to send ripples through the Marvel Universe. What it all means is yet to be seen, but Rowell is setting up something big for our cyborg who is constantly trying to avoid his Victorious future. 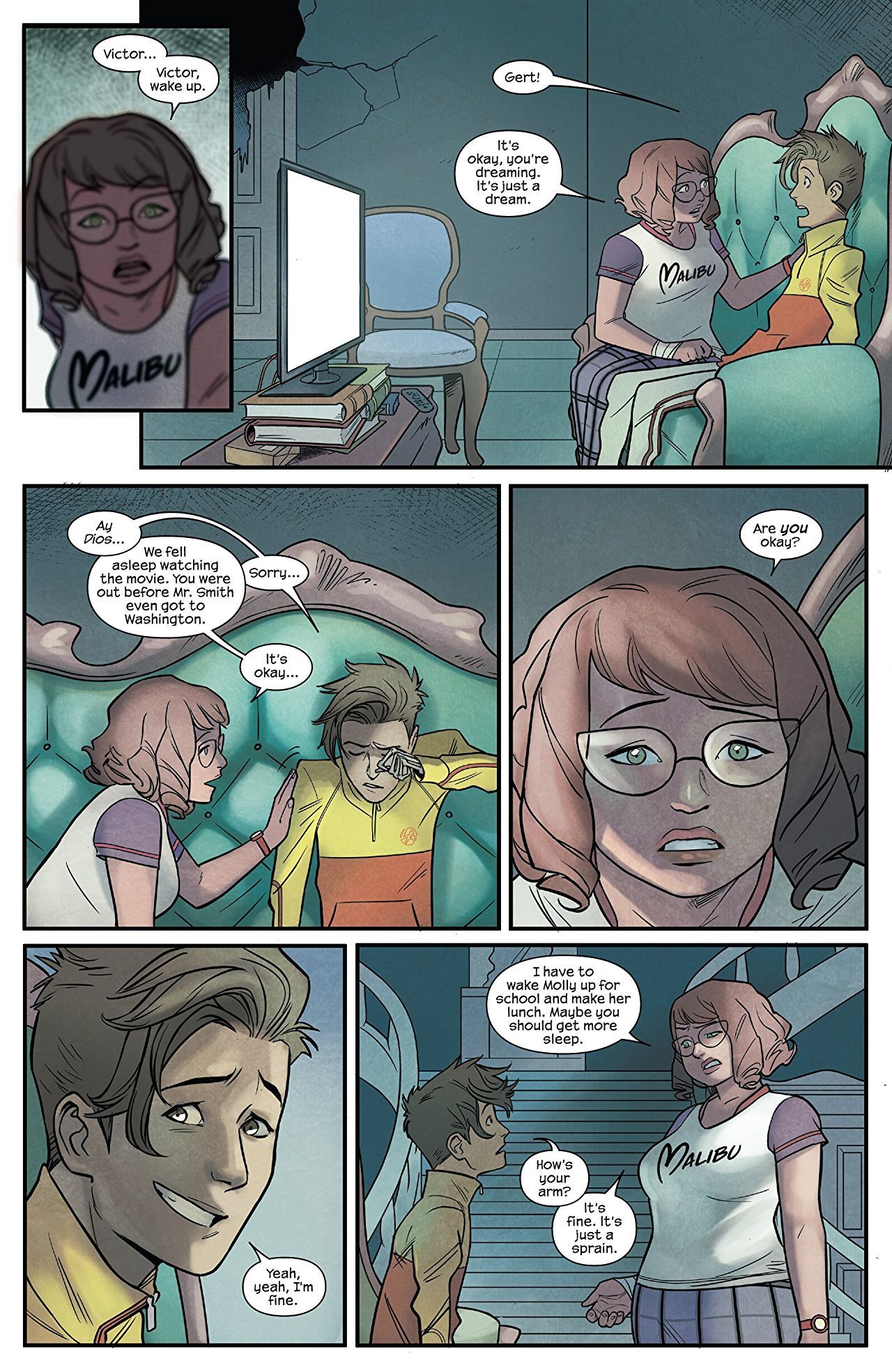 Genolet is here and ready to flex! I don’t know much about the talented young artist, but with his skills and Rainbow at the helm, I can see them continuing to bring Runaways stories to life long into the future. While Runaways #20 is more setup than action-packed, I’ll take these simple building issues over unnecessarily violent comic books with no substance any day.