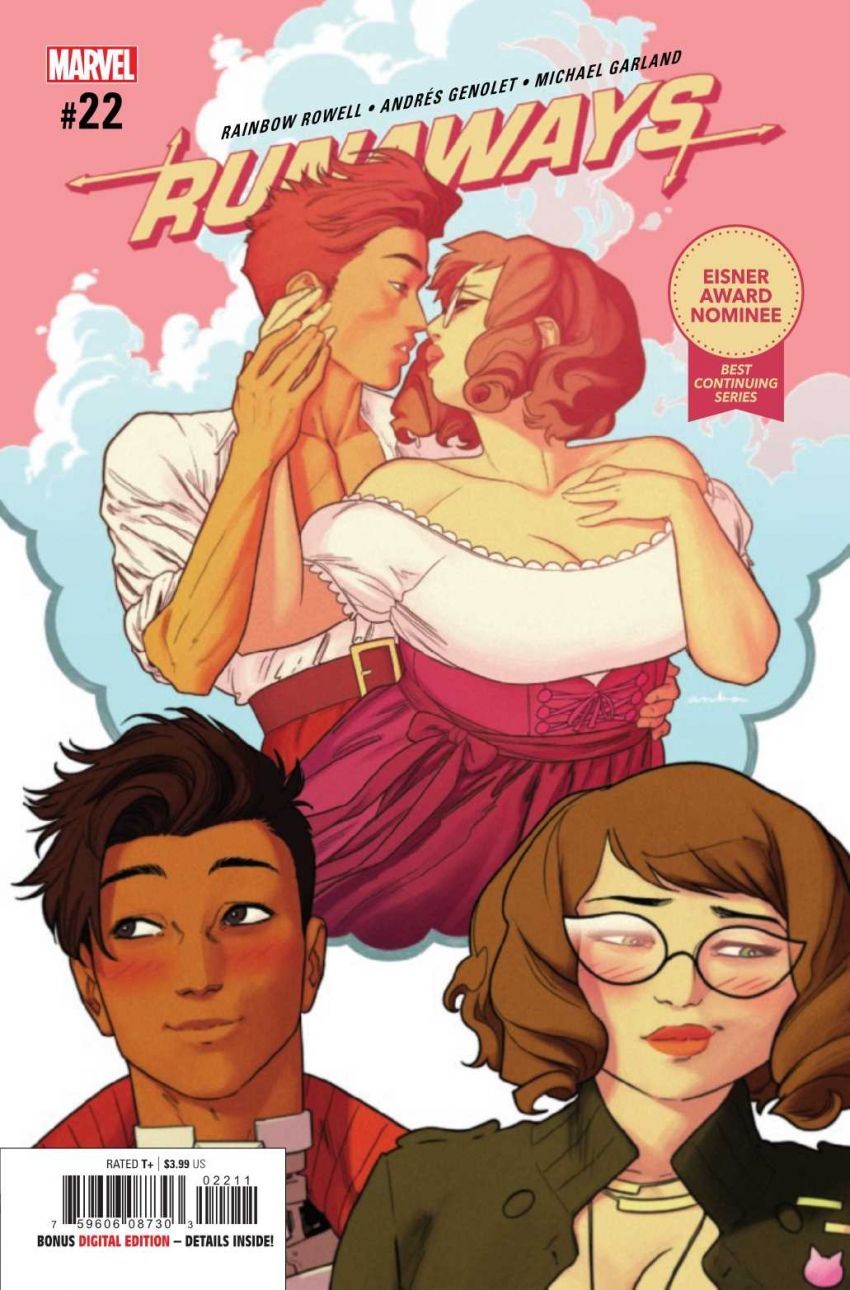 The drama intensifies in Runaways #22. After seemingly committing suicide by tossing himself into the tub a la Fear and Loathing in Las Vegas, Victor actually figured out how to restore himself. That unfortunately also meant that he restored his ability to become an android sex symbol and finally give Gert what she’s been dreaming of.

At the end of issue #21, Chase returned home from a long day if work and grinder shopping, as he plays father to this family of runaways, only to witness the girlfriend he went back in time to save making out with Victor’s newly reformed behind. The utter shock and disgust on Chase’s face is beautifully drawn by Andres Genolet, but the passion exhibited by the lip locking perpetrators is even more apparent. 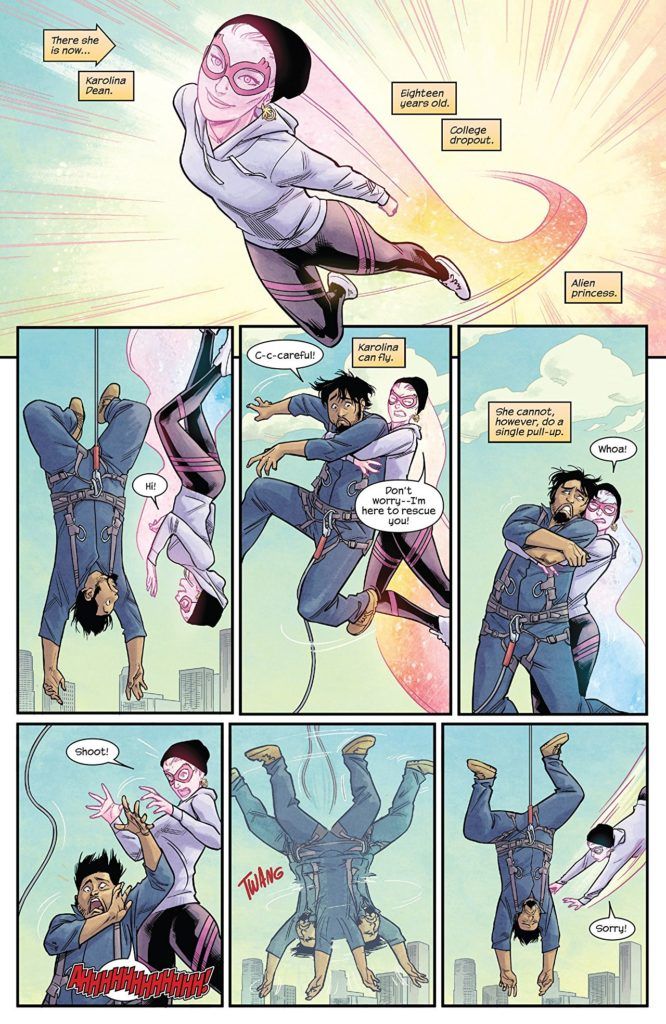 Issue #22 picks up with the fallout from this bad romance. Chase has locked himself away in his workshop for 3 days. Karolina is out in them streets on a vigilante journey of self-actualization, while Molly and Gib have hilarious conversations. All I know is that Molly ask Gib if he? it? can tell the puny humans apart and his facial reaction was downright hilarious!

It isn’t until Victor goes to try and alleviate the tension that things get real dicey in this issue. I love Rowell’s use of your typical teenage dramatics to push this story forward. It’s not often you enjoy CW teen angst in a comic, but Rowell makes it works, and does so each and every issue! Victor has so many layers, and I’m excited to see where this methodical issue ending goes next.

9 Doombots Risen From The Grave out of 10