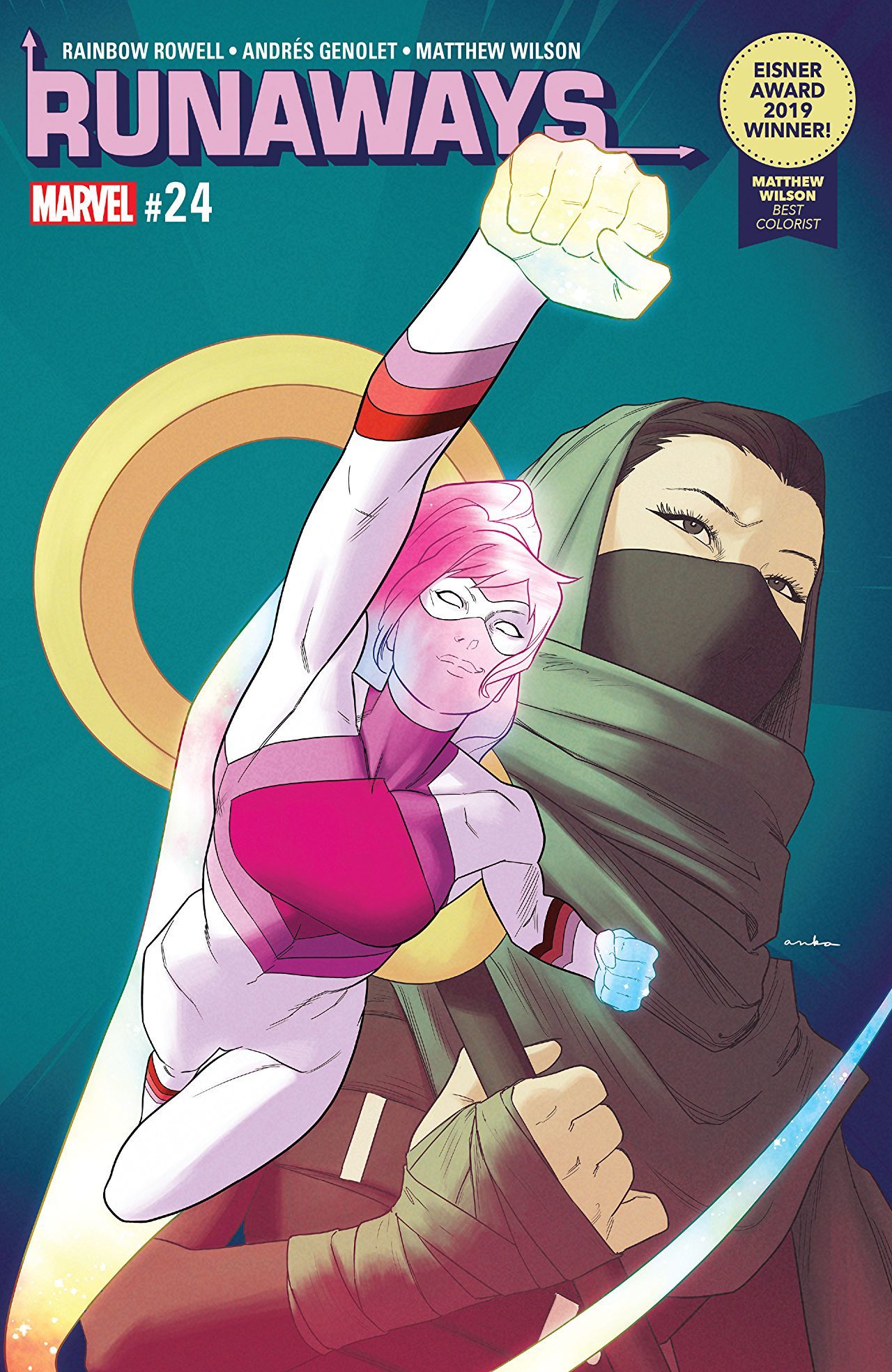 After our low key, action-less issue #23, we have LA’s most excited new heroes ready to take on the city and look hella cute while they’re at it. Last issue, Nico found out about Karolina’s extracurricular crime fighting tendencies. With ease, and much to Karrie’s surprise, Nico was real cool with what she was doing. Now the 2 have combined forces and issue #24 is a decently action-packed, comedy filled romp around Los Angeles with the most adorable couple in Marvel comics right now. Rainbow Rowell knows how to write her ass off when it comes to building relationships and exploring the delicate balance between one person and another. She does so again with our two lesbian lovebirds, but I was more impressed with her ability to infuse such socially relevant and conscience humor into her books so seamlessly. From the girls pretty much owning the fact that they’re playing adult superhero dress up, to Karolina asking Nico if her costume fits and responding, “boo, of course it fits, I designed it myself!” All the way to them being oblivious to the fact that they are so horribly bad at this professional superhero gig, random kids on the street are looking at them like they’re the creeps and perps of the world. 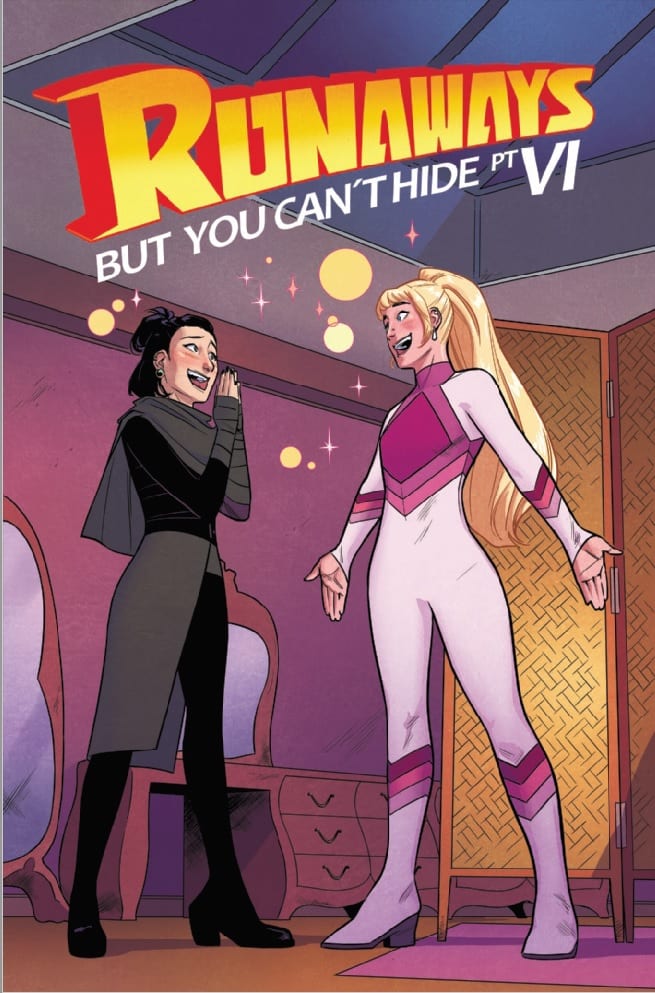 Then you have the nonchalant commentary from Karolina about solving their bad-at-super-heroing problem by policing the neighborhoods with the most crime. Yeahh, they quickly realize they’re not equipped for the hood and that they have no powers that can help end racism, climate change or income inequality.

Gert and Molly don’t have any clue how to help Gib quell his hunger, and that In & Out burger wasn’t hittin. Perhaps he’d take to that Popeye’s chicken sandwich? Either way, they need to figure out how to help this creature before it comes back to bite them in the rear. Same goes for Victor who certainly makes me laugh every time he   argues with Doombot, but the Latverian creation now having thoughts like a desire to roam, is very troubling.

Sidebar: Doombot telling Victor he’s trying to make him live in their sorority house had me on the floor!

By the end of this warm and hilarious issue, the girls have (hopefully) realized how unfit they are for this cop beat style superhero game. The final pages are quite intriguing and will introduce a surprising new face to the Runaways team. While I thought the girl’s superhero suits were a bit lackluster, Andres Genolet and Matthew Wilson are an incredible pair to give life to Rainbow Rowell’s vision, and I’m excited to see the big reveal get some action next issue.

9 Dancing Villains out of 10