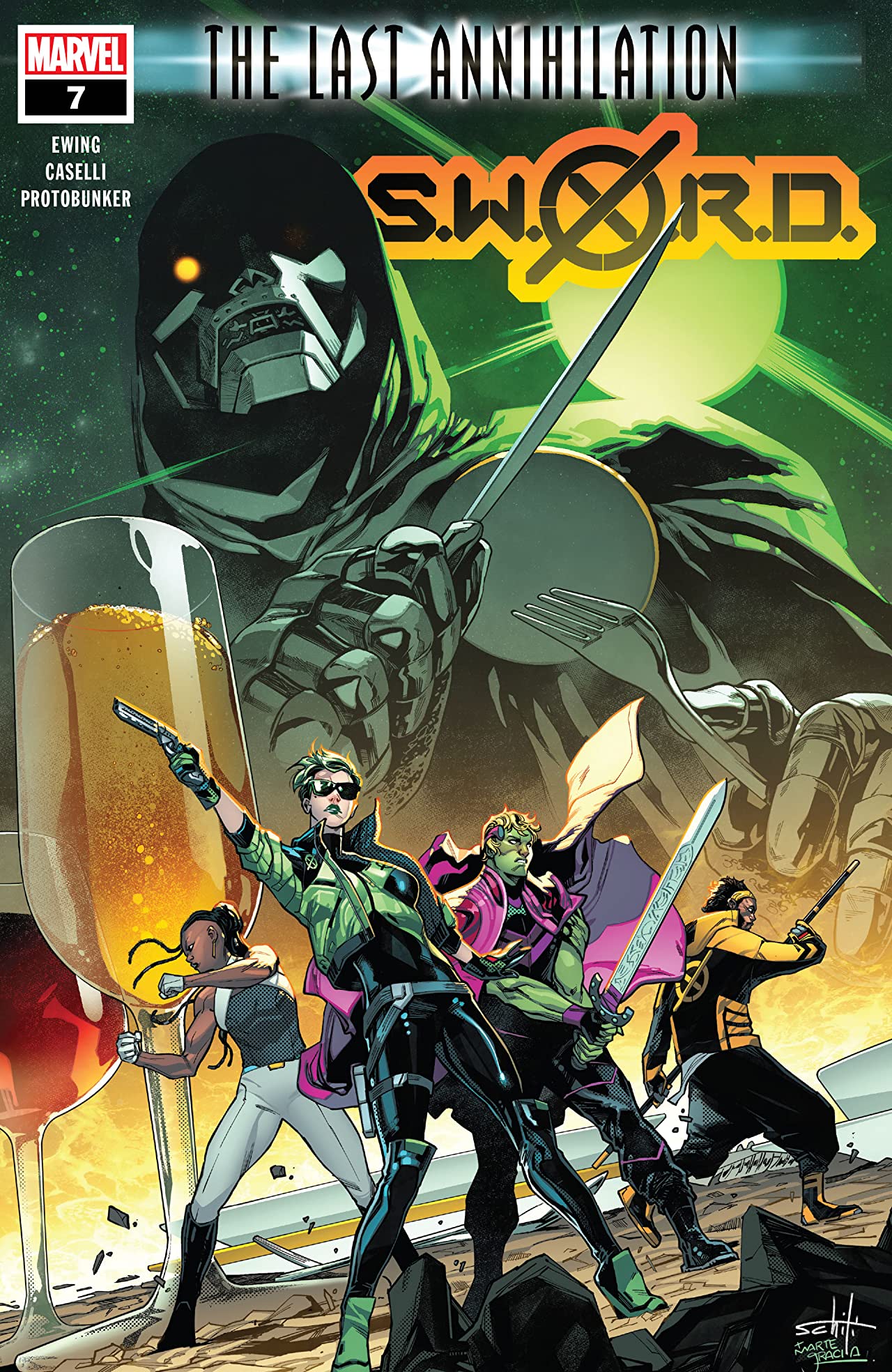 It probably isn’t a very hot take to say that S.W.O.R.D. is one of the strongest titles in the X-Men’s new world order of books. It does a lot of things well, but at the top of the list is its ability to blend in with virtually any turn of events in the vicinity. S.W.O.R.D. #7 is a fantastic example of this exact point.

S.W.O.R.D. #7 splits its time between a couple different ways. First and foremost, Al Ewing throws us right in the middle of a major galactic threat (aka an event happening in other comics I’m not keeping up with) courtesy of the Dread Dormammu. Emperor Hulkling and the Galactic Alliance are holding back the tide but find themselves needing a little backup from Krakoa’s Star Trek Squad. Enough of the book is dedicated to this ongoing fight against the Mindless Ones to keep things visually exciting with the help of Stefano Caselli’s lovely pencil work (minus a little of that epic scale we got from Valerio Schiti and Ray Anthony Height in the past) However, S.W.O.R.D. #7 sort of buries the lede when you consider that Storm sits down for a battle of wits with everyone’s favorite despot Doctor Doom.

For those of you keeping score, the Wind Rider has been making waves ever since she introduced herself as the Queen Regent of Mars….which she did by publicly humiliating Doom while he was talking smack at the Hellfire Gala. So, it’s appropriate that some of her first diplomatic business is giving him and his wounded ego an audience. As entertaining as it was watching Hulkling banter while fighting magical drones on Hala, I honestly think Storm and Doom was the comic book Verzuz we all truly deserve.

Bottom Line: Don’t be fooled by the crossover chyron on the cover. Al Ewing’s pen game is strong enough that this still holds up as its own book while still satisfying editorial mandates. All in all, it’s a fun action romp that also continues to reiterate Storm being an absolute savage as much on the political landscape as she is on the battlefield.

8.5 Michaela Coel Fancast Rumors out of 10

Enjoying S.W.O.R.D.? Check out BNP’s other reviews here, and check out other X-Men reviews here.