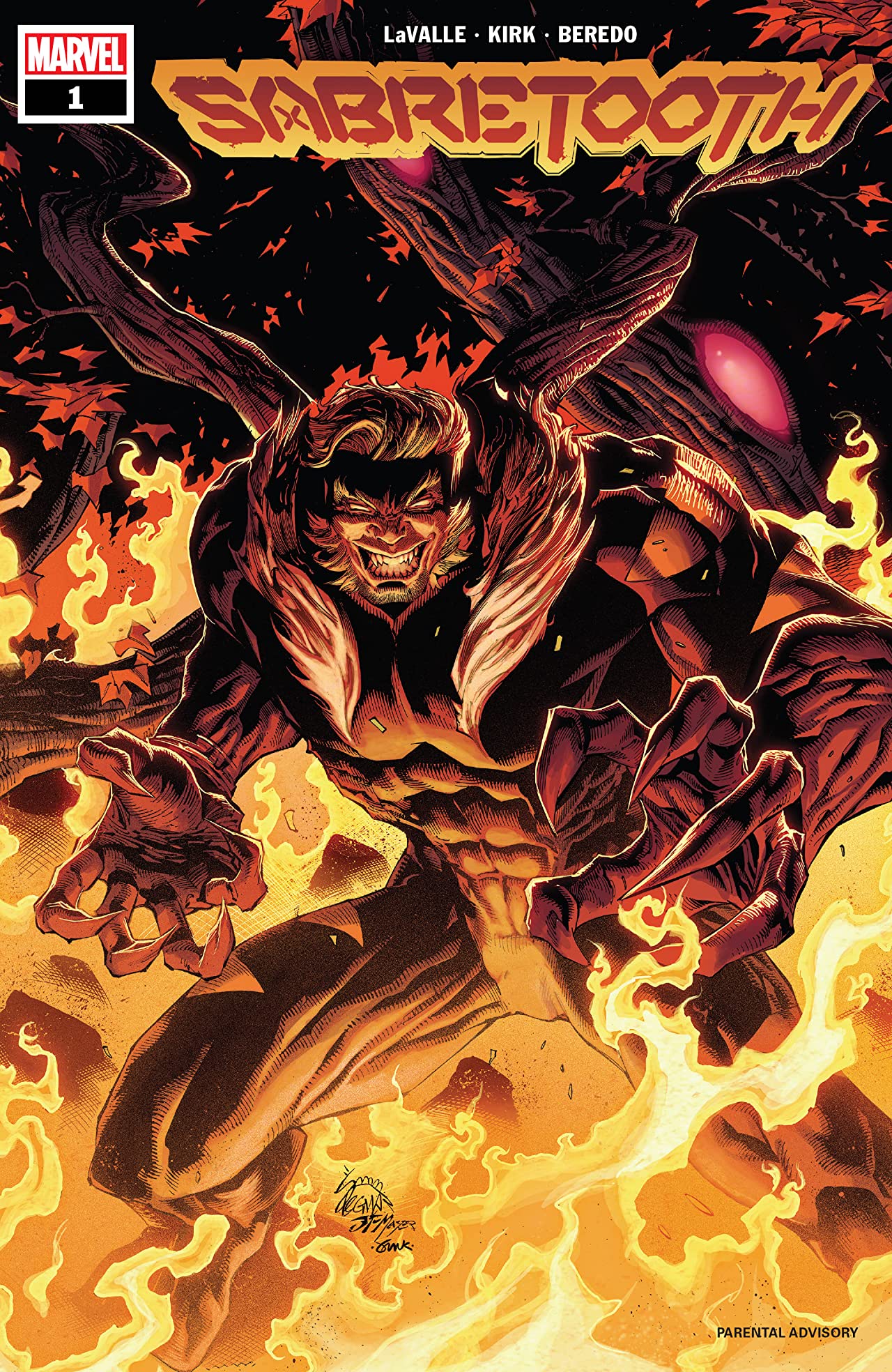 There are some comic book characters out there that aren’t necessarily wack characters, but they also aren’t marquee enough that having a solo series for them even makes sense. And yet, here we are, talking about Sabertooth. The savage from the Weapon-X hall of fame Sabretooth. ‘Mansplaining’s greatest hits’ Sabretooth. The 90s X-Men TAS Sabretooth that ran up on Wolverine’s ex and hit Logan with the, “What’s the matter punk? Can’t take care of your woman?!?” A tortured soul of a mutant who has a self-hating politician for a father Sabretooth. Yeah, that guy. When a character like this gets a solo shot, I view it as an opportunity to tap back into their basic elements. To get to the core of why we even like this character in the first place, then to stretch that into more lore and character building.

Sabertooth #1 does that in its own little way. Our villain is pretty upfront about being at peace with the monster he is and not apologizing for it. Appropriate, since the last time we saw him in prison, falling forever. His story picks up from there and offers us a little insight into exactly what Krakoan imprisonment truly means. Without giving away too much, things get a little weird from there.

Strangely enough, the main storyline isn’t really the most intriguing thing about this book. With the gigantic revolving roster in the X-Universe, it’s easy to forget that the island of Krakoa is actually a character unto itself, with its own personal agency. And the feelings and motivations of the island come into play in a big way in this issue. Leonard Kirk’s artwork is impressive and definitely embraces the blood and gore that should come naturally with a Sabertooth outing. For a second there, thought I had to wipe some blood from my forehead after turning the page.

Bottom Line: This is the kind of character you ultimately have fun with while still adding some more nuance to their mythos. Sabretooth #1 does exactly that. I don’t know that it will live on forever in infamy, but it certainly justifies the price point.

7.5 Liev Schriber trenchcoats out of 10