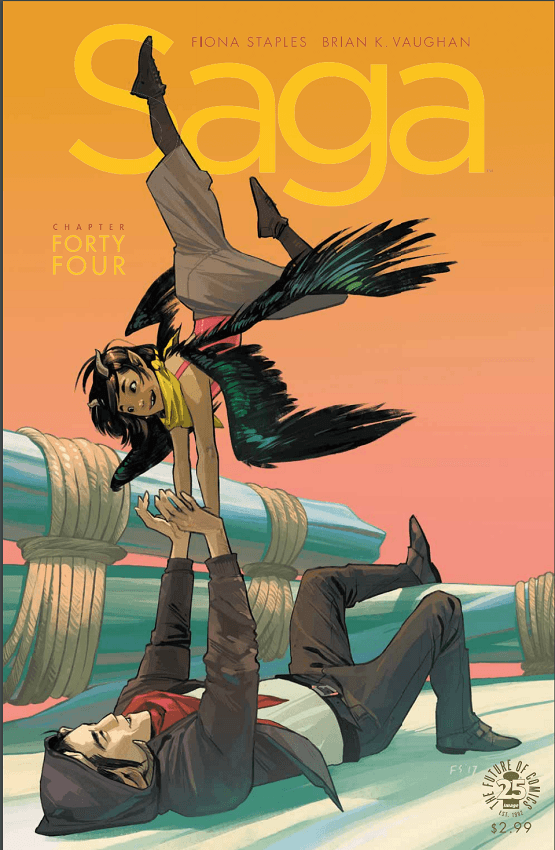 What has been awesome, besides about 17 other things regarding Saga, is watching not only the characters grow and/or get older, but watching the maturation of the family unit that makes up our main protagonists. Its seems simple, but Marko and Alana don’t react as parents the same way they did 20 issues ago. They act like parents of a pre-teen. Hazel doesn’t just act like a young and energetic girl, she acts like a kid with a father struggling with identity, a mother struggling with guilt and herself fighting presence of abandonment. What many people don’t understand about writing a family dynamic is the pull and levy system involved, that nothing happens in a vacuum. Vaughan and Staples get that. And it registers in every book. 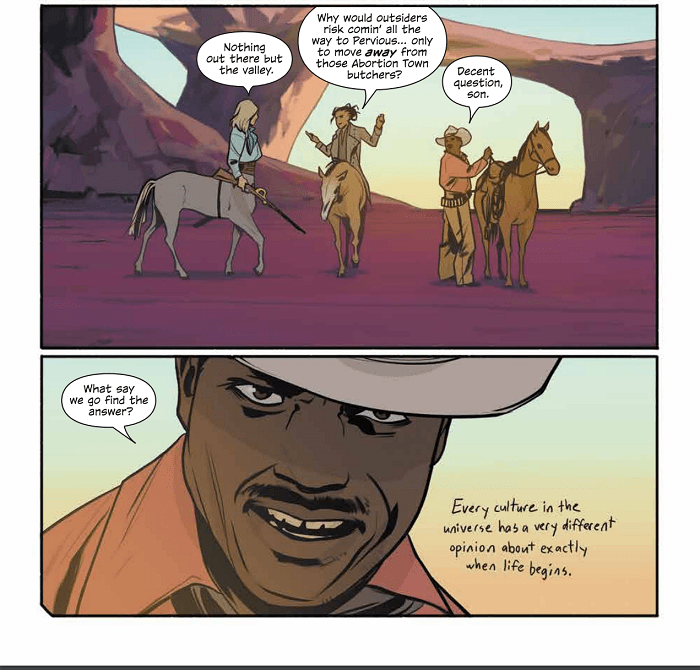 Alana has new powers now, Marko is still hella concerned about her well being and Petri makes the best den mother. Short of the faux pax last issue in the identification of Petri, her character arc has been pretty amazing and satisfying, perhaps one of the best of this series. Which says a lot. Also, her dialogue is a good reminder of just how quirky and funny Vaughan’s writing is. Which can get buried from time to time regarding how heavy the themes of this book dive into. 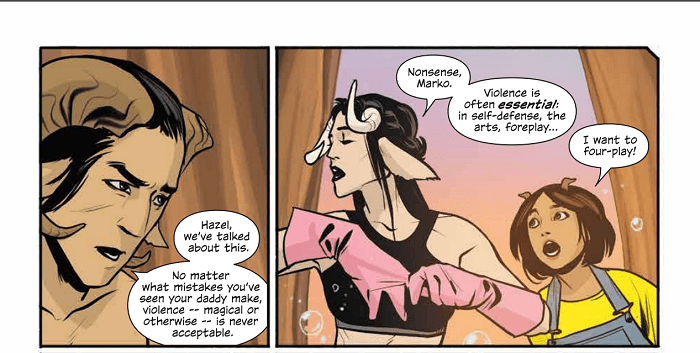 Staples is so good, per usual and this issue follows suit. The characterization of some new characters that might take an interest into our Motley Crew have a grand appearance, and much of that is due to Staples’ excellent character work. They are instantly memorable and menacing, heavily influenced by the stances and dispositions given to them by Staples.

Saga gives us another stellar installation while also introducing another crazy branching narrative with one of our beloveds that is surprising but also makes a lot of sense. The no holds barred approach to not just their crazy journey, but parenting in general makes this book, still, one of the most unique reads on the shelf.

8.8 Calculations for Moving Objects out of 10