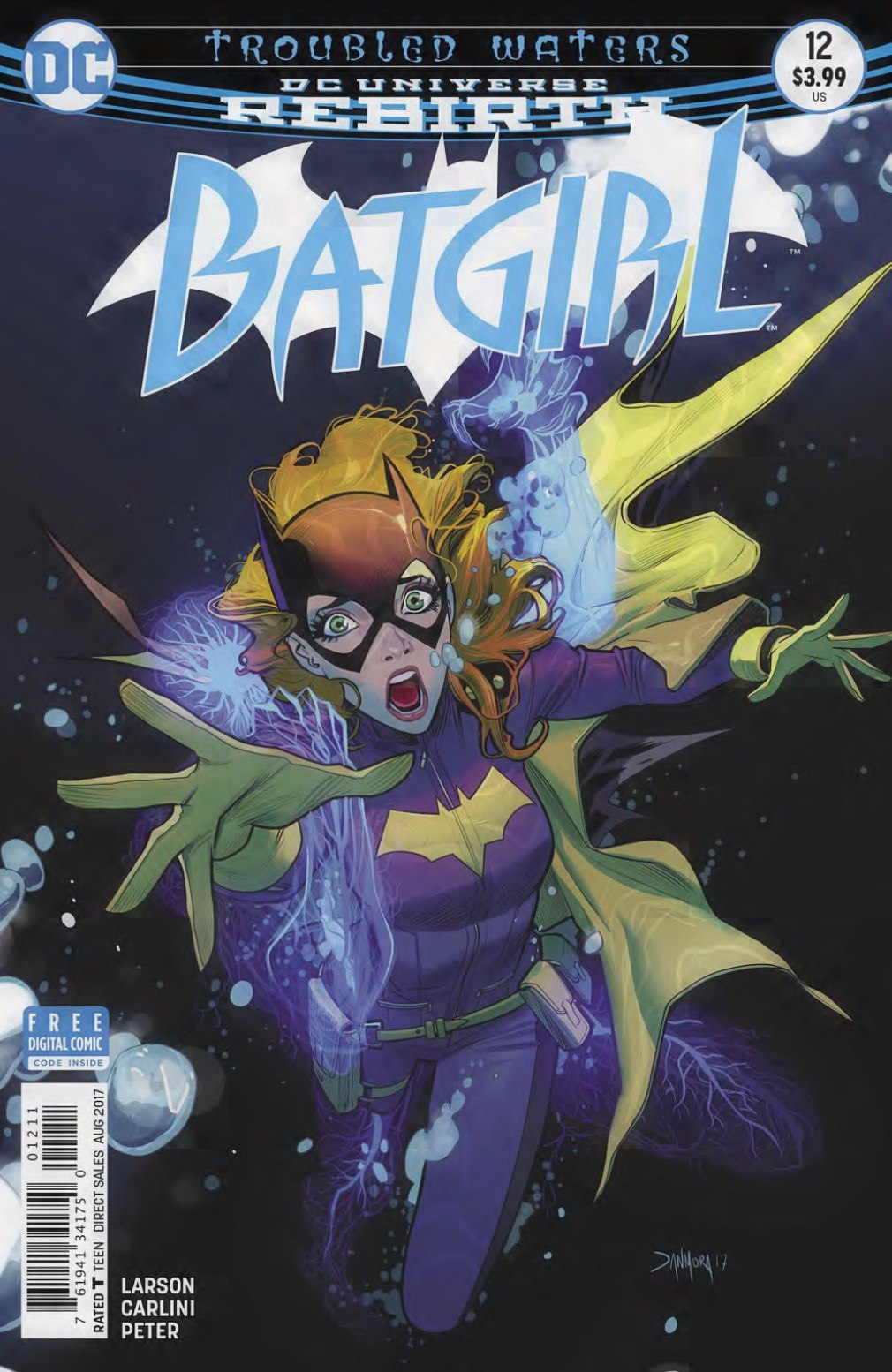 Nothing like the start of a new arc. Following Larson’s second Batgirl arc “Son of Penguin,” Babs begins a new adventure in Burnside that serves as the type of standalone we saw in Batgirl #6, a transition issue from one arc to the next. In Batgirl #6, however, Batgirl was returning from a grand adventure across east Asia – the most grounded and interesting arc of the series so far – and her mini crisis on a flight home with Poison Ivy helped pivot the series into its new territory focused on Babs’ reentry and the reverse culture shock that comes with it. Here, instead, Batgirl #12 seemingly forgets what came before it and stands as a short, isolated story that is mostly just odd, reading like a Halloween one-shot four months sooner than Halloween. There’s a haunting at the local Y that draws Batgirl to investigate, and an eccentric ghost hunter to capture its footage. Of course, it leads to a deeper, science-based theory courtesy of Batgirl. 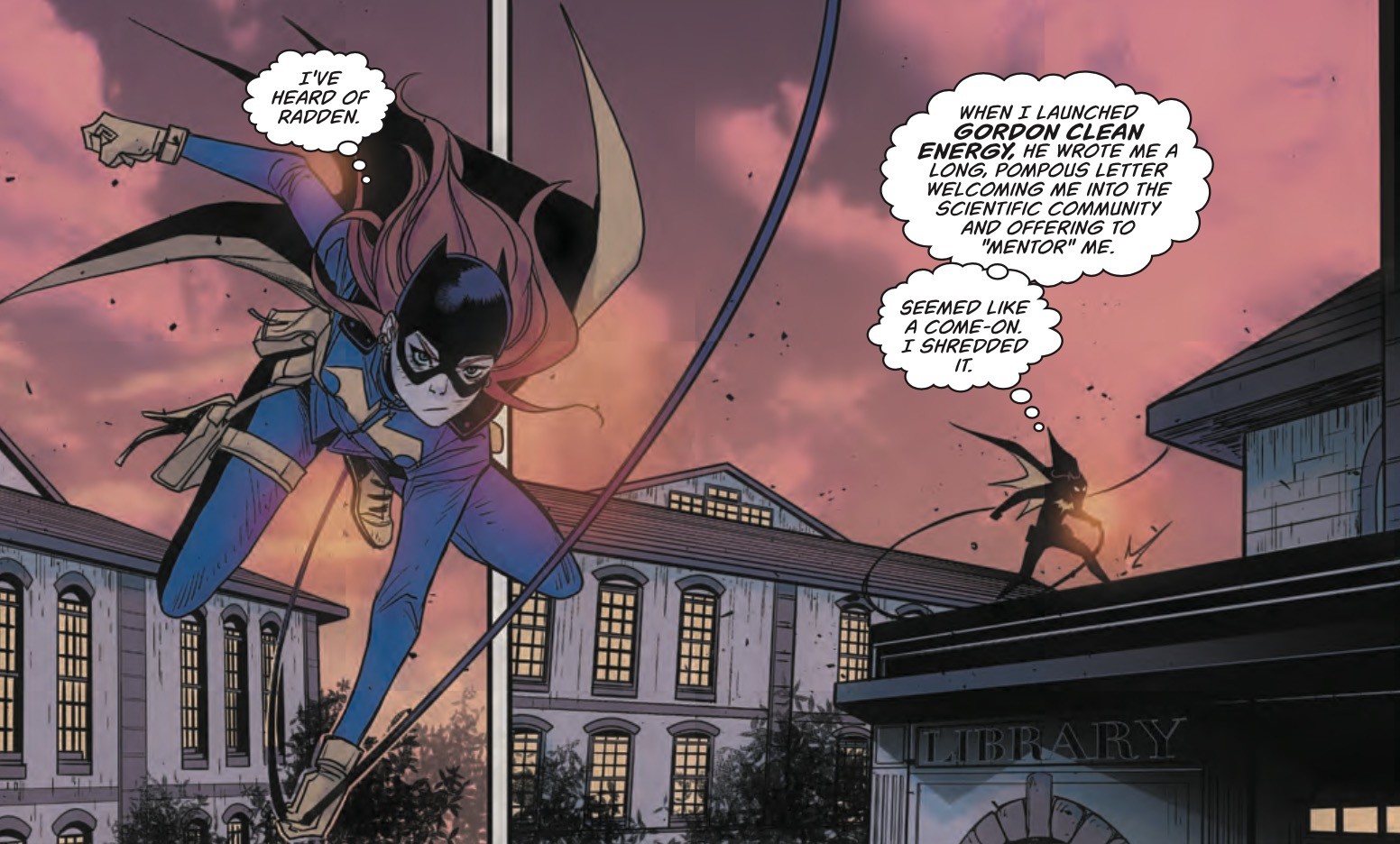 There is little time for story development and even less sight of the villain – rather, the stage is set, the explanations are given, and Babs’ first theory is the right one to solve the mystery within twenty pages. The bad guy actually goes unseen the entire issue, and we are basically left to assume he was caught in an open-and-shut case that resolved itself as fast as this issue. Between the intermittent humor and the quick pace, it’s enough to make this issue passable without being the least bit memorable or necessary for readers.

Now on its third artist, Batgirl #12 is not dissimilar from the previous styles we have seen, and while the panel layout is easy to follow there is little that jumps out at you until the end when a one-page, 3-scene progression proves Batgirl’s theory correct. Facial expressions, on the other hand, continue to be a challenge for this series despite the artist, as exaggerated emotions are too awkwardly toon-y to be taken seriously but also too realistic to be funny.

Overall, Batgirl #12 is readable as a quick story with little consequence as of now. The story is sound, but the stakes are so low that you will likely forget the details of this one soon after you turn the last page, until one day, chances are, you will mistakenly remember it as a Halloween standalone. So, take it or leave it. Read it or don’t. Nothing gained, nothing lost.