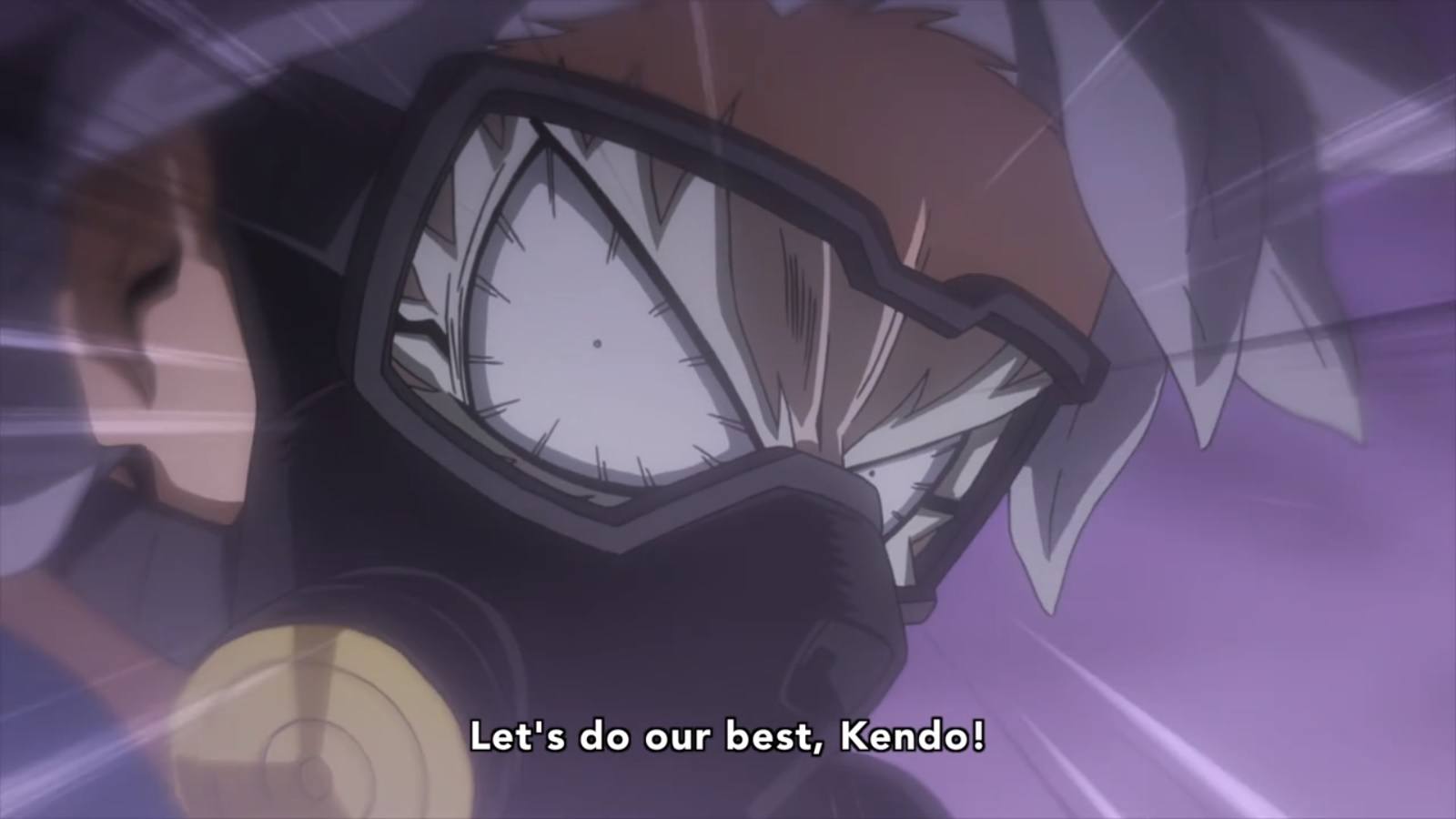 Midoriya may have defeated Muscular last week, but the assault of the Vanguard Action Squad on our heroes-in-training continues. The students are still split up and struggling for survival, and their teachers are desperately trying to turn the tide against the League of Villains.

One of the more interesting scenes in the episode occurs when Spinner prevents Magne from harming Midoriya. All Might’s apprentice is on the high priority kill list the Shigariki gave the villains. Yet Spinner is not concerned with following Shigariki’s orders. He’s inspired by Stain’s ideology. As Stain protected Midoriya, Spinner feels compelled to do so as well.

It’s a great choice because it lets us know that Stain’s ideas really have changed the world of My Hero Academia. Whether Stain himself returns or not, his influence continues to be felt. Establishing a split between the villains along ideological lines injects tension among the League. It offers the antagonists greater motivation than being bad for its own sake.

The Heart of the Series

I’ve often said that the greatest strength of My Hero Academia is its single-minded focus on what it takes to be a good hero. I stand by that statement, but in very close second place is the quality of the relationships between the characters.

Take the friendship between Bakugo and Kirishima. It’s developed quietly in the background, with a throwaway scene here or there. I thought the purpose of those scenes was to humanize Bakugo by giving him someone he could actually tolerate.

But those scenes were also about establishing Kirishima as an earnest and likable character himself, someone who is hard enough (literally and figuratively) to endure Bakugo and establish a real connection with him. When Mandalay’s telepathic message about Bakugo goes out, that friendship informs the anger on Kirishima’s face. 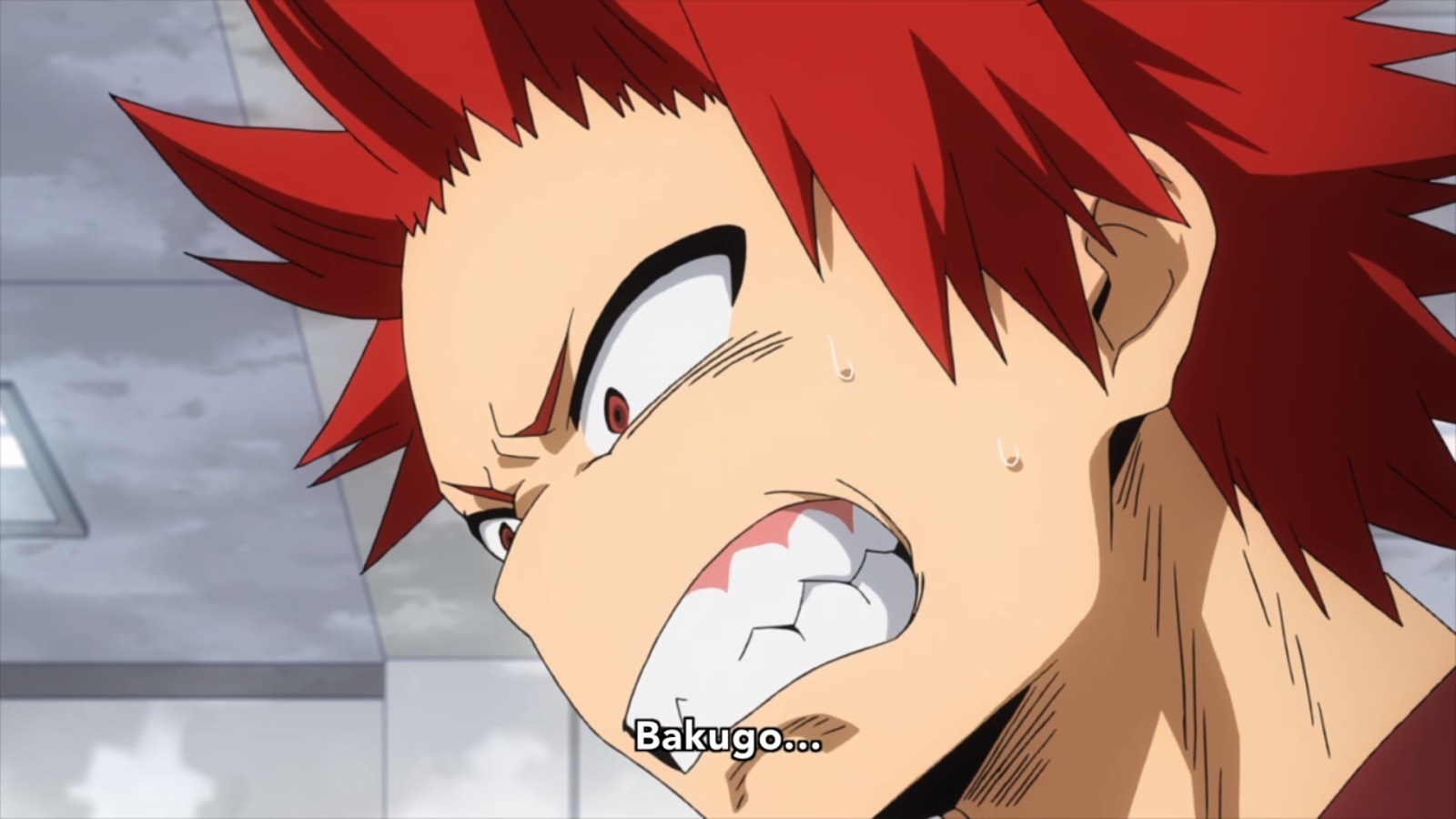 Episode 43 also gives us the start of a relationship between Kendo and Tetsutetsu. Until now, Kendo has been the spunky redhead who deals with Monoma’s constant teasing of Class 1-A with a swift blow from her Quirk-empowered giant hands. Tetsutetsu has simply been the other Kirishima, a fact the anime played for laughs during the sports festival in season two.

In the crisis though, Kendo and Tetsutetsu become a team to be reckoned with. Tetsutetsu is impressed by Kendo’s intelligence, as she’s able to figure out that the gas threatening their classmates is swirling around an individual at its center, the villain Mustard. Kendo is equally amazed by Tetsutetsu’s tenacity and single-minded drive for righteous vengeance against the villain who hurt his classmates.

Brains and brawn is a simple pairing, but it’s an effective one which yields dividends for the characters and for the viewers as Mustard is defeated. I want to see more of Kendo and Tetsutetsu together in the future. My Hero Academia doesn’t reinvent the wheel in terms of its characters and situations, but it has perfected the formula. That’s as heroic an accomplishment as anything else in anime.