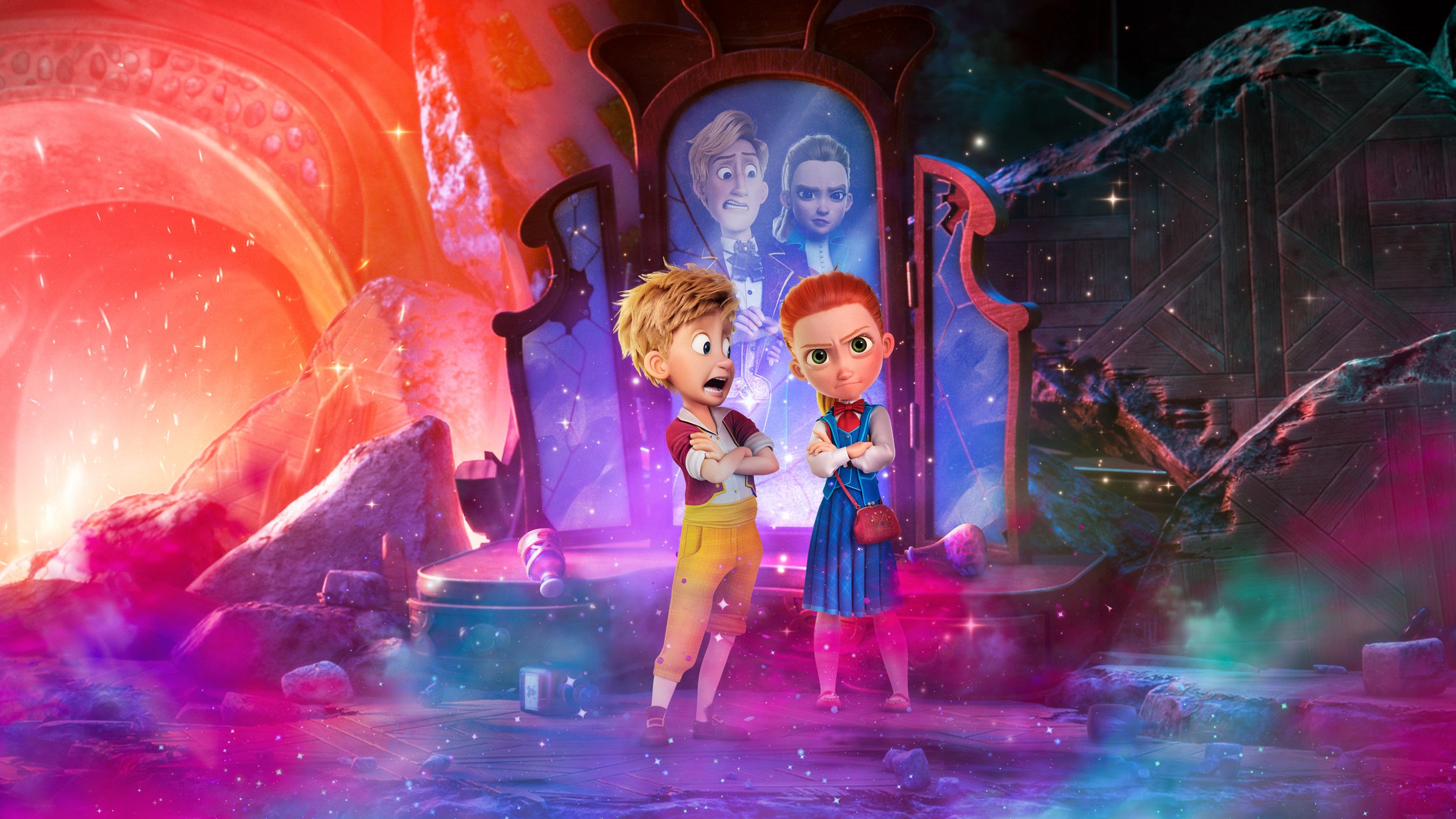 Hansel and Gretel are as cunning as you imagined them in the fairytales. My favorite thing about movies that plays around with fairytales is that they like to expand on the adventures while creating various cameos in the process. From famous magical items to classic fairytale characters, if you’re looking for some fun, Secret Magic Control Agency will give you a feast of desserts.

The story begins with Agent Gretel, with her goal of becoming “Best Agent,” doing all she can do to protect the kingdom. But when a mystery arrives that she can’t seem to solve, the kingdom seeks out help from her con-artist brother Hansel. From here this journey will have its magical ups and its mystical downs. Though I enjoyed the idea of Secret Magic Control Agency there were a couple of concerns that made me question its goals.

If there is anything that I love, it’s a great fairytale with magnificent villains. In stories we root for the heroes, but we really came for the villains. Secret Magic Control Agency managed to create a cool villain, but she became almost unbelievable due to forms of misogyny. Great characters have conviction where audiences are moved to feel strong emotions towards them. Whether you’re rooting for them, against them or if the goal is to create a strong gray area where you begin to question their ideologies, there is a substance that attracts you. Problem is, I felt sorry for the way the creators treated Elvira. The backstory of course is sad, being this wonderful cook where no one ever falls in love with you and you’re the “joke” of the kingdom feels alienating. Other characters clowned on Elvira for no reason outside of being “unlovable.”

A Case for Elvira Queen of the Oven

Elvira was banished after using dark magic cookies to manipulate the king’s love. In a kingdom full of queens where everyone calls her unlovable or scoffs at her on sight, it’s not surprising that she would want to extract sweet revenge. When we talk about humor and sass, if anything Elvira has all the tools available. The writers managed to create a character with a delectable grudge and the drive to keep that same energy for years. I loved everything that made her so hated because I felt like there was something to be explored. Hansel and Gretel were the stars of the show, but Elvira had a light that could have been expanded upon.

When it comes to plot, Secret Magic Control agency had its moments of nourishment and rollercoasters. I don’t want to go on this long exhaustive explanation as to how this movie is high key “copaganda” and doesn’t explore the extensive ways this system is probably exploiting the magical kingdom, so I won’t do it! Instead, I want to focus on how our stars Hansel and Gretel showcased their growth in beautiful ways. Hansel never loses his trickery and honestly that’s my favorite part. Often times when characters are shown to “grow” they have to lose a “bad trait” that makes up the bones of their character and how “good traits” are enhanced. The storytellers instead take both their good and bad and enhance them throughout the story.

Hansel never stops yeeting artifacts. If there is something magical and shiny, he will yeet it ‘til the end. Gretel, the sibling that “stayed on the right path” bends the rules to work with her. Secret Magic Control Agency allows us to peer into the secrets of Hansel and Gretel’s relationship and showcase what sibling rivalry and love truly means. The duo showcased sacrifice, love, and adaptability. Their reimagined status as “young adults” versus them as kids allows viewers to see a vulnerable side to each of them. A fun time for kids, all while learning a lesson on how each of our qualities serves a purpose.

In all, Secret Magic Control Agency is a quick fun movie filled with stunning visuals and illustrious magic. It’s not the most captivating, but it has a light heart. If we were to explore the roles of magic and the movie had harder consequences, they would have had a recipe for a rollout! If you’re looking for background movies or something to catch the kids, this will do the job. There were moments where I was pulled in and practically begged them to explore certain ideas more, but then I got pulled away and I screamed with agony. If you’re not captivated by ideologies and exploration like me, then Hansel and Gretel will steal your heart away. If not, prepare your pitchforks for the Queendom of Elvira!