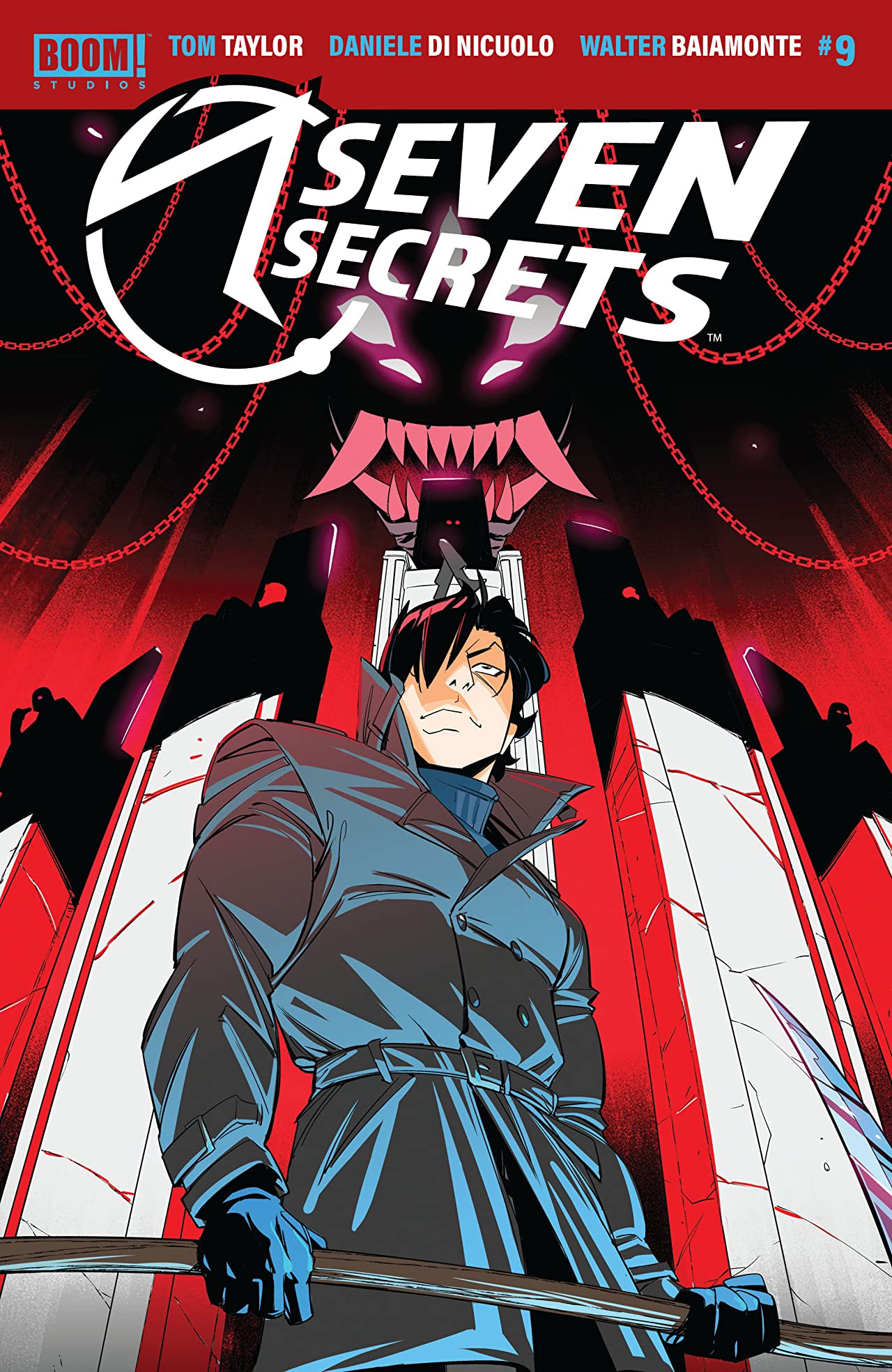 One of the earliest bits of writing advice given to beginner authors is “Show, don’t tell.” It’s a simple three-word mantra meant to remind writers that rather than just informing the reader that a character is feeling a certain, they should be actively demonstrating the intent. The character isn’t frustrated; they are throwing a chair. The character isn’t happy; they are jumping ecstatically. But of course, just because it’s a decent guideline doesn’t mean it needs to be followed, and very crucially, Tom Taylor proves that it is very much possible to make “telling” exceedingly compelling and dramatic. Taylor is deliberate in not “showing” and is able to create a special type of tension.

Seven Secrets #9 begins to wrap up the aftermath of the Seekers offensive against the Holders and the Keepers. Casper’s group is still on the run at the start of the issue, but they do eventually manage to find shelter and get a much earned moment of respite. Taylor and Di Nicuolo work hand-in-hand to realistically portray the effects of mental and physical exhaustion and just how important it is to take the time to grieve. Taylor’s writing is sharp, poignant, and to the point and Di Nicuolo’s artwork has a very human quality to it. Even in a world full of secret organizations vying for knowledge that could very easily upend the global balance (especially in light of Switzerland’s utter destruction), these are simply people with bonds and a deep sense of duty. These are people who have given so much and know there is still more to give. They are doing their best and there is still more to do.

Seven Secrets #9 acts as a sort of intermission, getting characters where there need to be for the back half of the second. There is some stellar world building done, some implicitly and some explicitly, but all with the intention of showing that the Seekers and the Keepers are evolving. That everything is undergoing a metamorphosis and that the battle for the Secrets is going to be one that demands regular updates.

If you’re a fan of Tom Taylor, or Danielle Di Nicuolo, or science-fiction, or found family, or comics, really, you need to be reading Seven Secrets. This is one of the most exciting serials and every issue manages to navigate a fascinating tight rope of providing concrete details juxtaposed against the most infuriating compelling vagueness that just makes for that much more of a thrilling narrative.