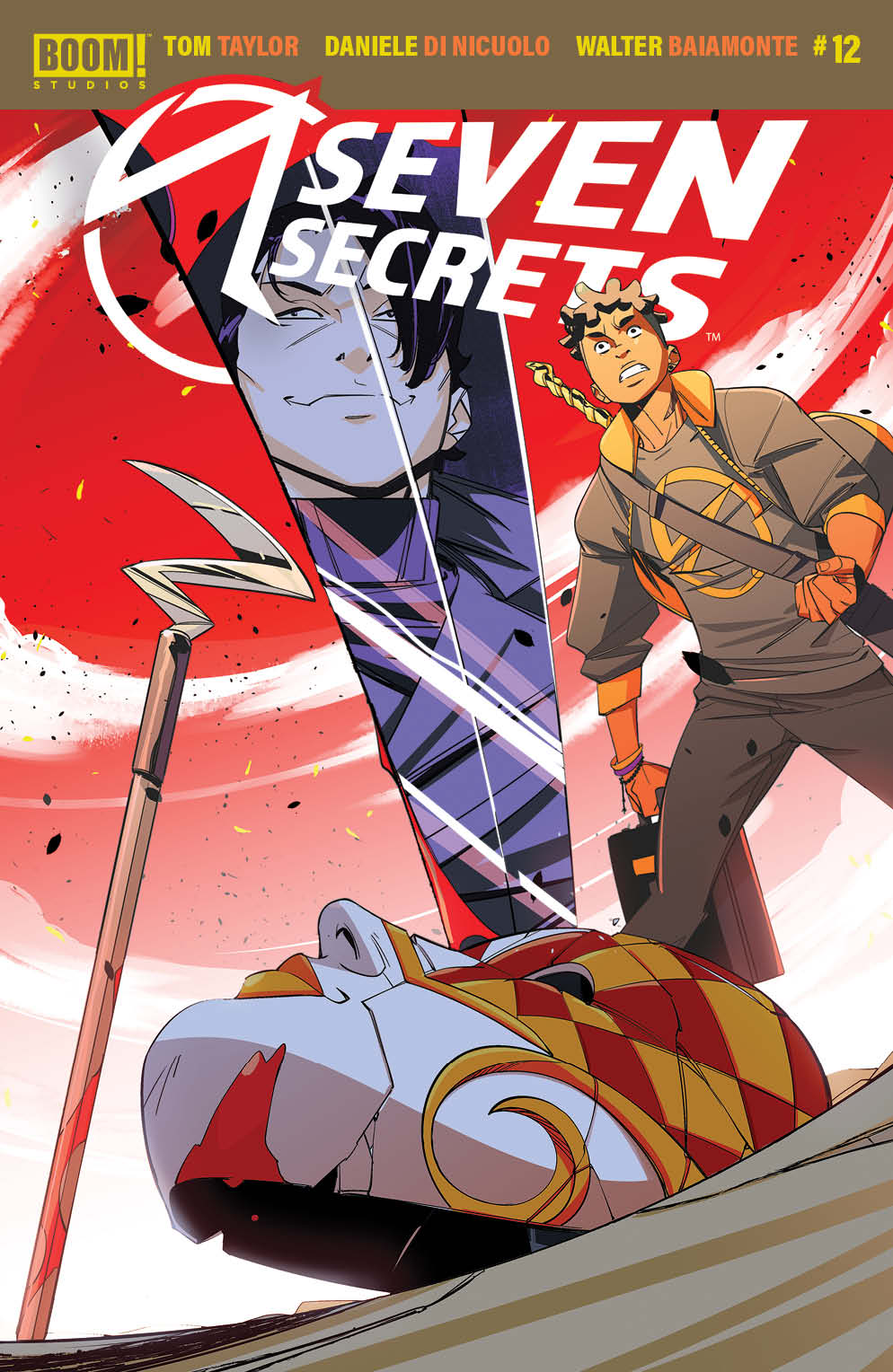 A peak behind the editorial curtain: writing a spoiler free review of an on-going series presents a unique challenge, and I have developed a simple guideline to help determine what information I get to present. Anything within the first four or five pages can be discussed freely (as they are often the pages that are included in the review). I’ll allow myself more vague narrative beats to cover the bulk of the issue, but the ending of the most recent comic is completely off limits until the next issue has been released. It’s pretty straightforward, but also surprisingly difficult…

BECAUSE I HAVE WANTED TO TALK ABOUT THE ENDING TO SEVEN SECRETS #11 FOR OVER A MONTH NOW, AND I AM ONLY NOW ABLE TO IN A PUBLIC FORUM.

Tom Taylor hurt my feelings in August after finally revealing that *Canto* was not only the traitor among the Keepers and Holders, but that he was romantically involved with Amon. The image of the two kissing in the empty wasteland that used to be Switzerland has been stressing me for the past few weeks, and only now do we get some context of what happened to the past and how exactly we got to this point.

In Seven Secrets #12, Taylor very intelligently positions Amon as the shadow archetype to Casper. While it’s not an uncommon trope, the reveal of Amon’s backstory comes as a welcome piece of exposition that helps reframe all of Amon’s actions in the previous eleven issues, which in turn provides a different point of view into The Order’s philosophy. The writing is tight, and the mythology building remains some of the most compelling on the shelves at the moment. Taylor knows trope and convention, but also knows how to complicate things in just the right way to keep things fresh and engaging. Information is factored in at an exhilarating pace, and the moment one question is answered, several more pop up that keep you off balance.

As always, the visuals remain on point. Di Nicuolo’s art sings in this issue between the various action set pieces that occur as well as the glimpses into the past. The tone of each scene hits incredibly hard between the brutality of the violence and expressions of the characters. You can feel everything happening on the page, and it evokes a visceral reaction.

Seven Secrets #12 continues to carry the strong forward momentum of the arc. And once again, I am desperately waiting for the next issue so I can talk about this one in uncensored glory, because good god, I am stressed out.