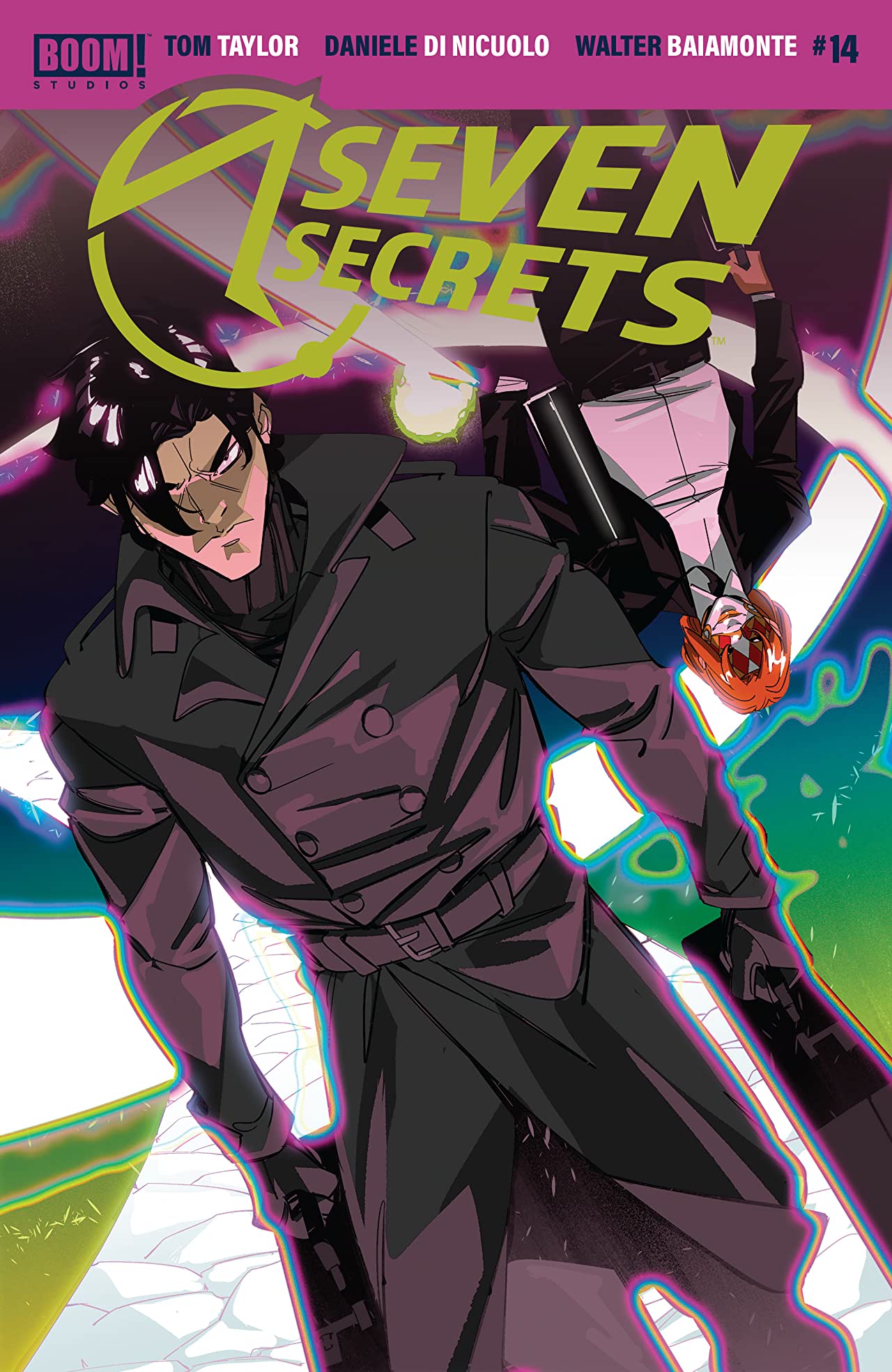 It’s hard to say exactly how far we have truly progressed in the grand scheme of Seven Secrets, but it is in fact very evident that wherever the story is headed to next, it is going there very quickly. Amon and Canto are expediting their machinations on one side of the globe, and Casper is currently processing the severity of his present circumstances while also being haunted by a nightmarish figure in his sleep.

Tom Taylor and Daniele Di Nicuolo know exactly how to stress me out, and I love/hate them for it.

Seven Secrets #14 is a prime example of the potency of dramatic irony done well. We as readers have more pieces of the puzzle than the characters in-story, and we also have a wider perspective of everything that is going on. The somberness we feel for Casper and Ava is bolstered by the forgone conclusion Narrator-Casper has told from the start. The tension in our gut as Canto infiltrates a safehouse on the Irish Coast is amplified by everything we have witnessed in the last two years. And yet, there are still so many unanswered questions that Taylor constantly teases. It’s a hallmark of masterful story telling in the way that he is capable of titrating just enough information each issue while also being deliberately obscure at times.

This is also a great time to shoutout letterer Ed Dukeshire’s whose dialog bubbles and boxes help accentuate all of the different levels of plot and character development. It’s something that you’re not always consciously looking for, but the way that Narrator-Casper’s commentary contrasts in subtle ways with the coloration adds a subtle but appreciated depth.

And of course, Di Nicuolo is having an absolute blast. The full page that starts the Seven Secrets #14 combines all of the best elements of speculative fiction and continues to do a phenomenal job making it easy to relate and identify the large ensemble as they go through several ringers.

As the latest arc of Seven Secrets moves at a blistering pace, it remains visually delightful and narratively impactful. It is a book that is designed to be devoured in true serial form and can also be inspected from a dozen different angles to find new appreciations of the craftsmanship put into the series. This series remains at the top of my pull when it circles around, and I don’t foresee that changing any time soon.