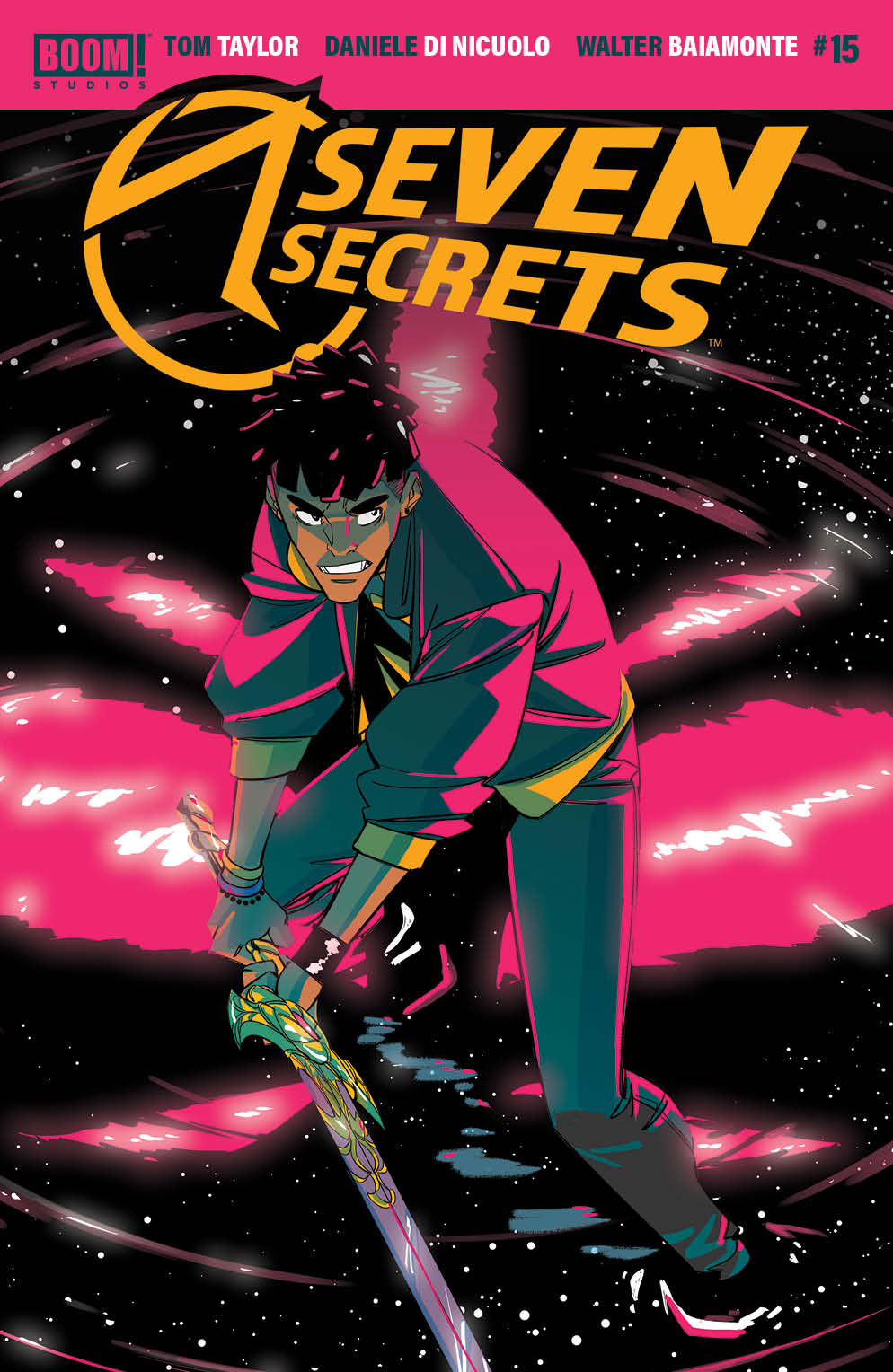 Tom Taylor is aggressively good at inserting random moments of comedy in the midst of world-ending conflicts. The start of Seven Secrets #15 has Caspar entering the fray against Amon and Canto as the sixth case is opened, and the monster that has been plaguing Caspar’s nightmare is released unto to the world. This is the image that we are greeted to.

Demon in its infancy aside, the fate of the world still hangs in the balance, and the struggle between the Order and the Seekers for the very soul of the universe is still very much at stake. Every person involved has loved ones on the line. Leave it to Tom Taylor to get a smirk on my face before promptly putting all of the characters I come to love in a brutal fight that Di Nicuolo illustrates just beautifully and for also causing me a severe case of emotional whiplash.

Di Nicuolo’s stylization of the characters and combat is so much fun to look at. The vibrant colors pop off the page, and the way the different characters move is so expressive. Even the masked henchman have a real weight and gravitas as they are getting beat up. The flurry of both steel slabs and steel projectiles makes for some fantastic action sequences.

And Taylor takes us through an emotional roller coaster in Seven Secrets #15. Now with a demon in the picture alongside the Farerie realm, there is so much happening with the mythology of the series and all of the bits and pieces are quickly coming together, and it’s just tantalizing as hell. The mystery of the titular “Seven Secrets” is on the brink of being revealed to the readers, and it’s been such a thrilling adventure to partake.

There’s nothing quite like Seven Secrets on the shelves, and Taylor and Di Nicuolo continue to outdo themselves every issue. It is a tour de force with a grand scope and an endearing cast that has me itching for next month’s issue.