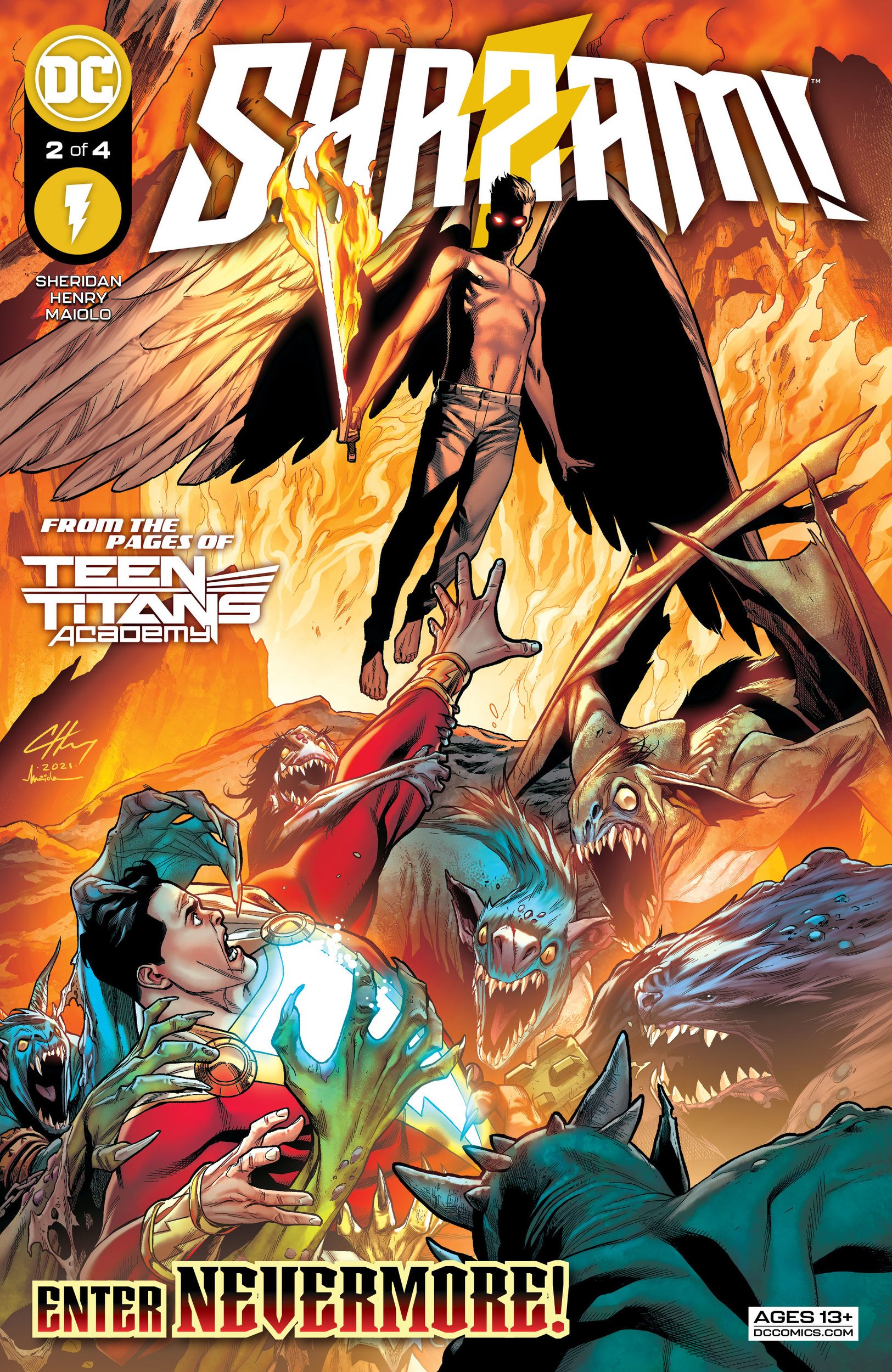 In Shazam #2, Billy’s got magic impotence, so he had to travel to the Underrealm with his magical friend Dane so that they can find the Rock of Eternity in hopes of using it to spark Billy’s powers back into working.

I’m not well versed in Shazam’s lore, and I know even less about the magic side of DC, so I was expecting the Underrealm to be a hellscape filled with demons and brimstone. And I mean, it was that, but it was also a hellish version of Las Vegas. Magical beings are down there gambling and partaking in a plethora of other sinful activities.

The only difference between the real Las Vegas and Underrealm, is that you don’t bet with your money, you bet with your soul, so the stakes are much steeper.

I mentioned in my first issue review that I really like the levity that Sheridan brings to this book. Billy is a kid, but this story in particular could be written from a lot darker perspective. I appreciate that Billy’s version of hell is a wonky Las Vegas knockoff where demons are wearing Hawaiian shirts and silk pants.

In addition to that, it looks like they’re setting up the Rock of Eternity to have to be stolen like a diamond in a heist movie. If that’s where this story is going, I am all in. A teenager in hell stealing a precious jewel that he needs to help him get his powers and confidence back? It’s kind of a brilliant idea.

Shoutout to Henry and Maiolo on the art in Shazam #2, because it never even crossed my mind that demonic figures named Sulibak could look like they just walked out of a club in 1984 and hopped in a Corvette with the top down playing Push It To The Limit. But I’m glad that I know what that looks like now.

8 Shirley Temples out of 10