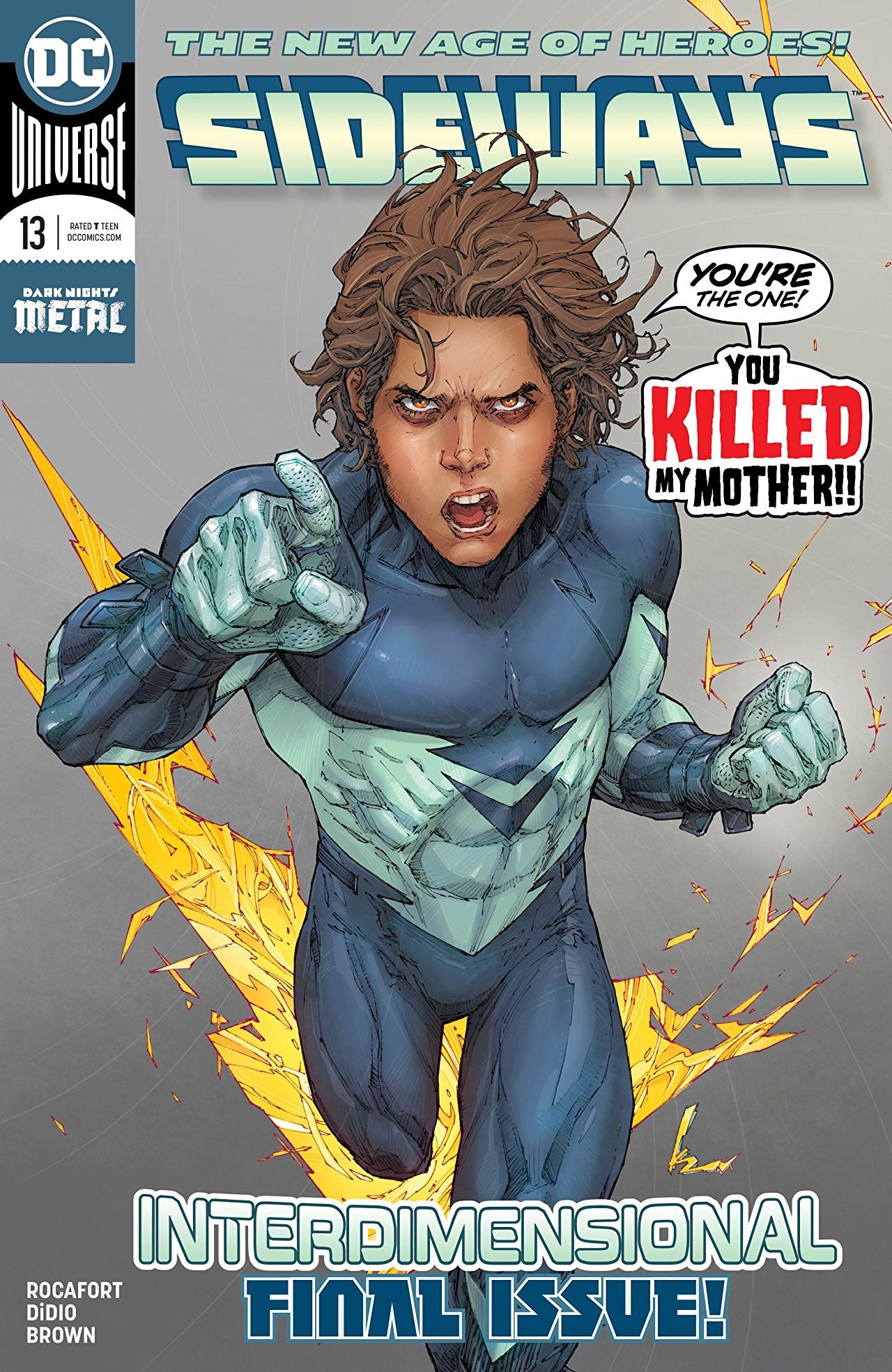 As DC winds down on its various New Age of Heroes books, Sideways comes to an end. This final issue gives us some closure but a lot of questions about Derek’s future in the DC Universe. With his powerset, it’s inevitable that he will pop up again sometime soon. For now, let’s talk about everything Rocafort and DiDio does with this final issue.

“Closure” is a bit a misnomer. Yes, a lot of plot threads are wrapped up. The big one being the reveal of who killed Derek’s mom. After last issue’s revelation that Dominus wasn’t responsible for her death, I’m glad it’s wrapped up quickly. However, it’s what Derek does with this information that is intriguing. I actually liked the truth behind how his mother died. In comic books, we’re always expected to believe some greater conspiracy or fantastical act is behind certain events but in this case, it’s something rather simple and human. 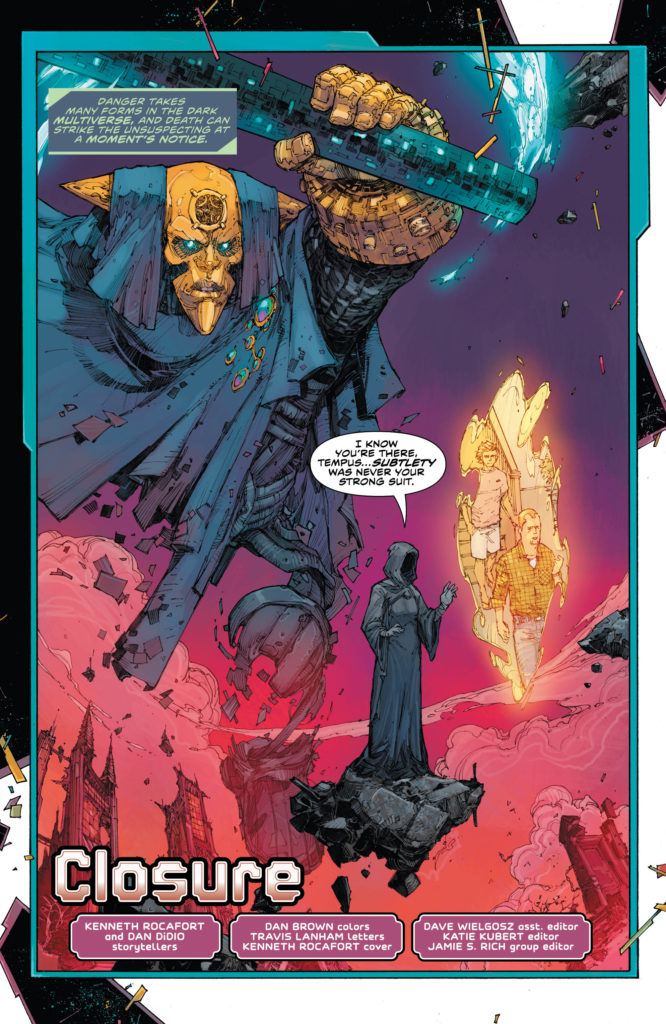 Throughout the series, Derek has constantly struggled with the idea of being a hero. Finding out the truth may have sent him over the edge. While Derek definitely gets some closure, the reader doesn’t. This actually works in the books favor. As Derek weighs his grief and anger with whether to do the right thing, he comes to a moral crossroads of sorts. We never find out what decision he makes. Instead, readers are forced to look at everything we’ve learned about Derek from the past 13 issues and guess what his actions are after this crucial moment. I think it’s a brilliant cliffhanger to leave off on. Whenever we might see him again, the moment between him and his mother’s killer will definitely come into play.

More than anything, issue #13 plays more like a prologue to greater events than a finale. Rocafort and DiDio do a lot of foreshadowing about Derek’s future. With the truth behind how he got his powers revealed, the arrival of his birth mother and his connection to the dark multiverse, DC can’t be done with Sideways. A lot of this ending hints towards the future. After a bit of reflection, I’d say that Sideways has had a successful entry into the DC Universe.