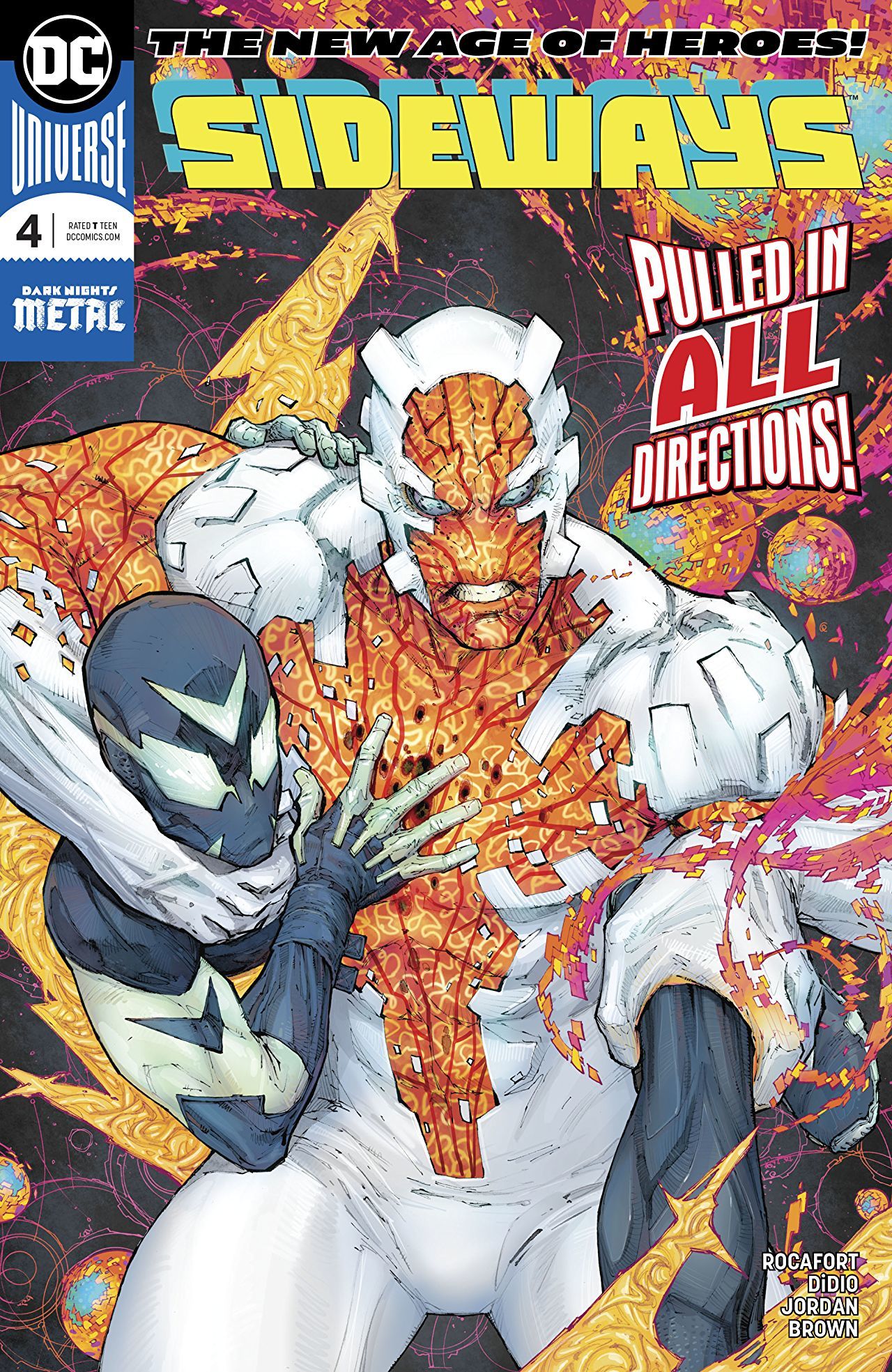 If people are ready to compare Sideways to Spider-man, then he is definitely Peter Parker before the responsibility part kicked in. With Sideways being a new hero, we, of course, have to go through some growing pains. And boy, are these definitely it. Derek is still someone who wants to be less of a superhero and more of an internet star. I think we’ve reached the point where it’s more annoying than funny. When the moment comes that he realizes being a superhero isn’t a game, I just hope it’s big and impactful.

That’s not to say that I didn’t like this issue. It was actually a pretty fun tussle with a cameo from a former Teen Titan. I also like the original villains that Jordan and Didio have been putting Derek against. While it would be cool to see Derek go against and interact with the larger DC Universe, these villains serve as a great way to get to know his characters and not have his story reliant on already established characters. So far, a lot of them seem like one-off characters, but it would cool if Sideways started to develop a bit of a rogues gallery. 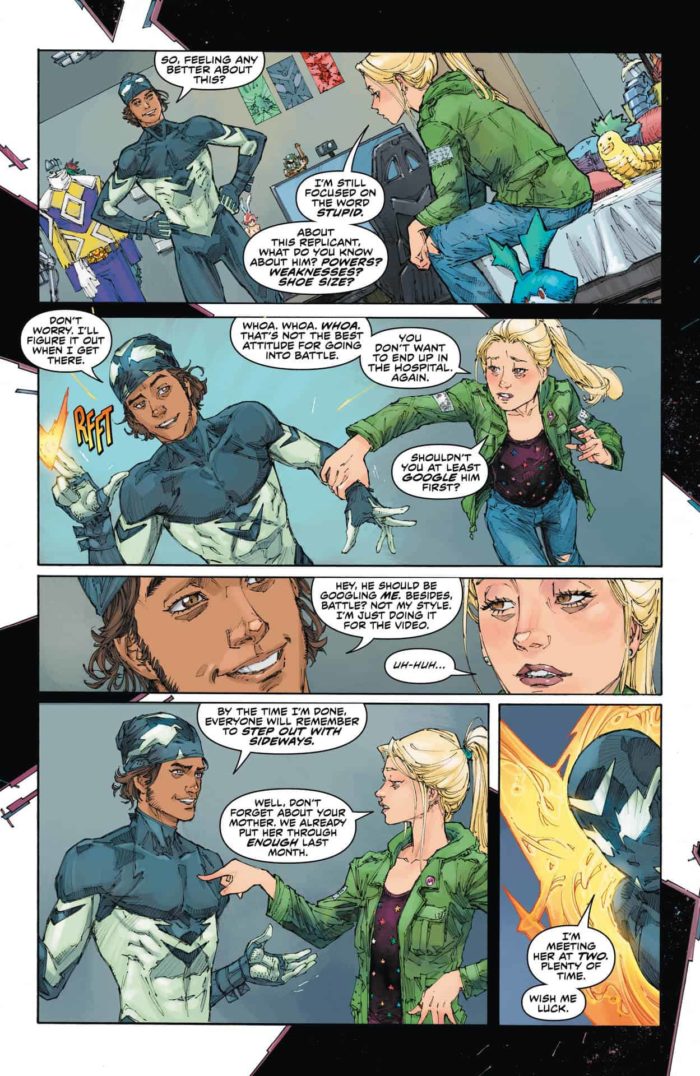 The action takes up a good chunk of this issue, which is good. Kenneth Rocafort’s art style always seems to work best when he is drawing big fight scenes. The powers are on full display. I love the effects that Rocafort gives to every villain and hero. Visually, it’s really fun to read and I want to see Jordan and Didio give him more to work with when it comes to enemies and settings.

Sideways still has potential. There is always a tease of a larger narrative working its way into the story. I just need that narrative to do what superhero stories do best – give us a superhero that aspires to be great and learns something along the way. Derek as he is, seems like a self-centered kid using his powers for the wrong reason. Thankfully, I think the story is pushing Derek toward more and more situations that are way over his head.

7.5 Wiping Yourself Down While Rifting out of 10