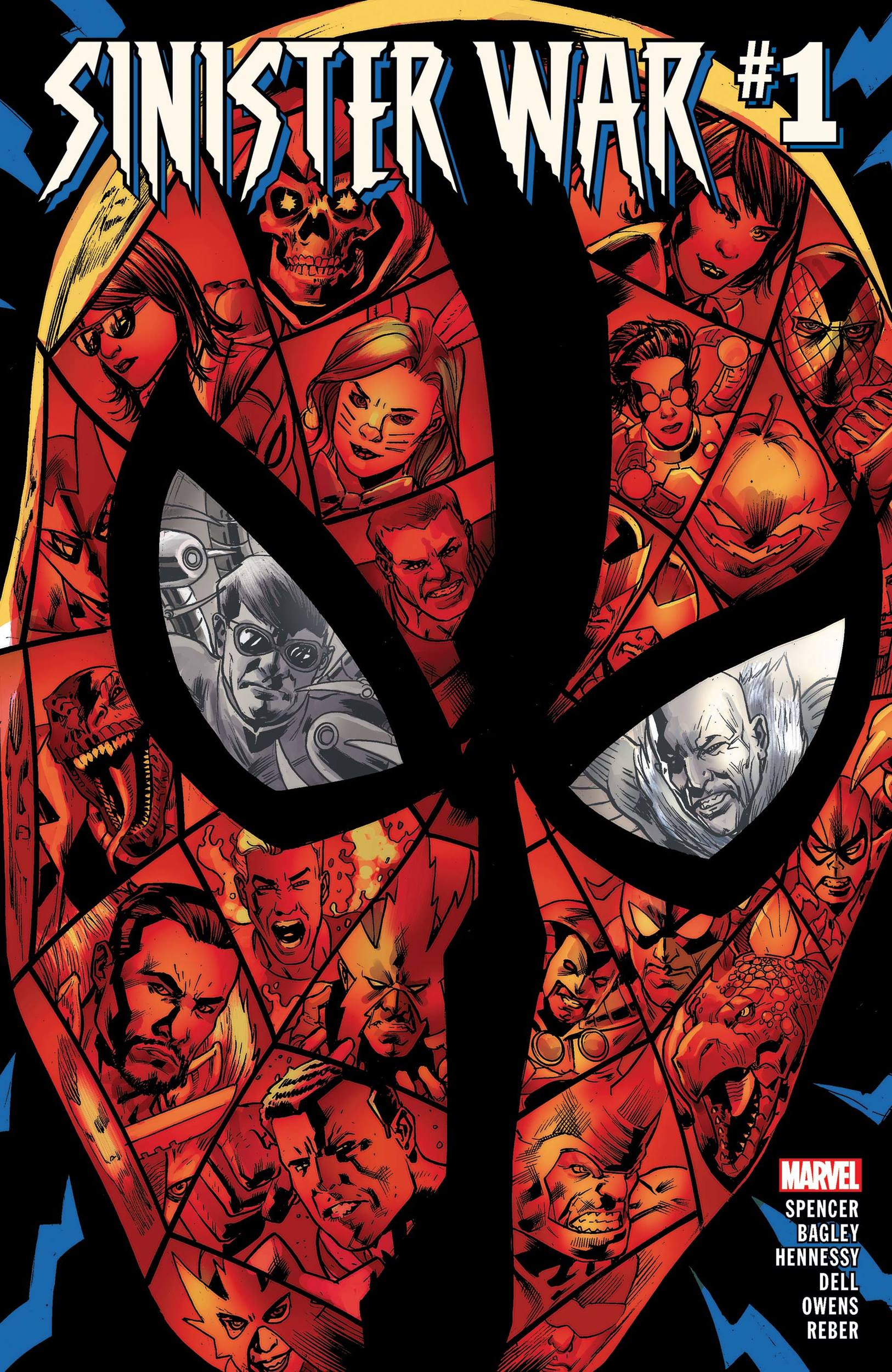 I wanted to like Sinister War #1, but I really, really didn’t. I stop short of calling it trash, but there’s no denying that the storyline is juvenile and the artwork is sub-par. The Amazing Spiderman #70 led us into this massive heap of misguided mediocrity. The prelude issue saw Curt Connors finally succeed at “removing” his reptilian other half, thanks to Doc Ock’s forceful tactics. It also gave us glimpses of the Sinister War teams that would be gracing these pages on top of introducing us to the reformed villain that Kindred has set his eyes on.

Which brings us to Sinister War #1. It turns out that former evil doer that is in Kindred’s crosshairs is Mary Jane Watson’s director! Plot twist! As he tries to turn his life around, MJ agrees to be his leading lady in his newest film. With this comes red carpet premieres come interviews, photo shoots and the occasional attack by a dozen bag guys. It’s all so rudimentary and uninspiring. I’ve heard Nick Spencer had some good moments as Spidey’s writer since 2018, but this feels too much like a shitty crossover episode of the Flash. There’s a way to bring a number of characters into a book that is exhilarating, but this contains none of that.

But I must say, I do appreciate the things that were happening outside of MJ’s movie premiere. My favorite panels featured a certain magician and a peculiar fiery being having conversations that are bound to cause serious ripples in the world of Peter Parker. I’m not sure what Spencer is thinking after blowing 1/3 of his sinister ammunition, but Sinister War can only go up from here.