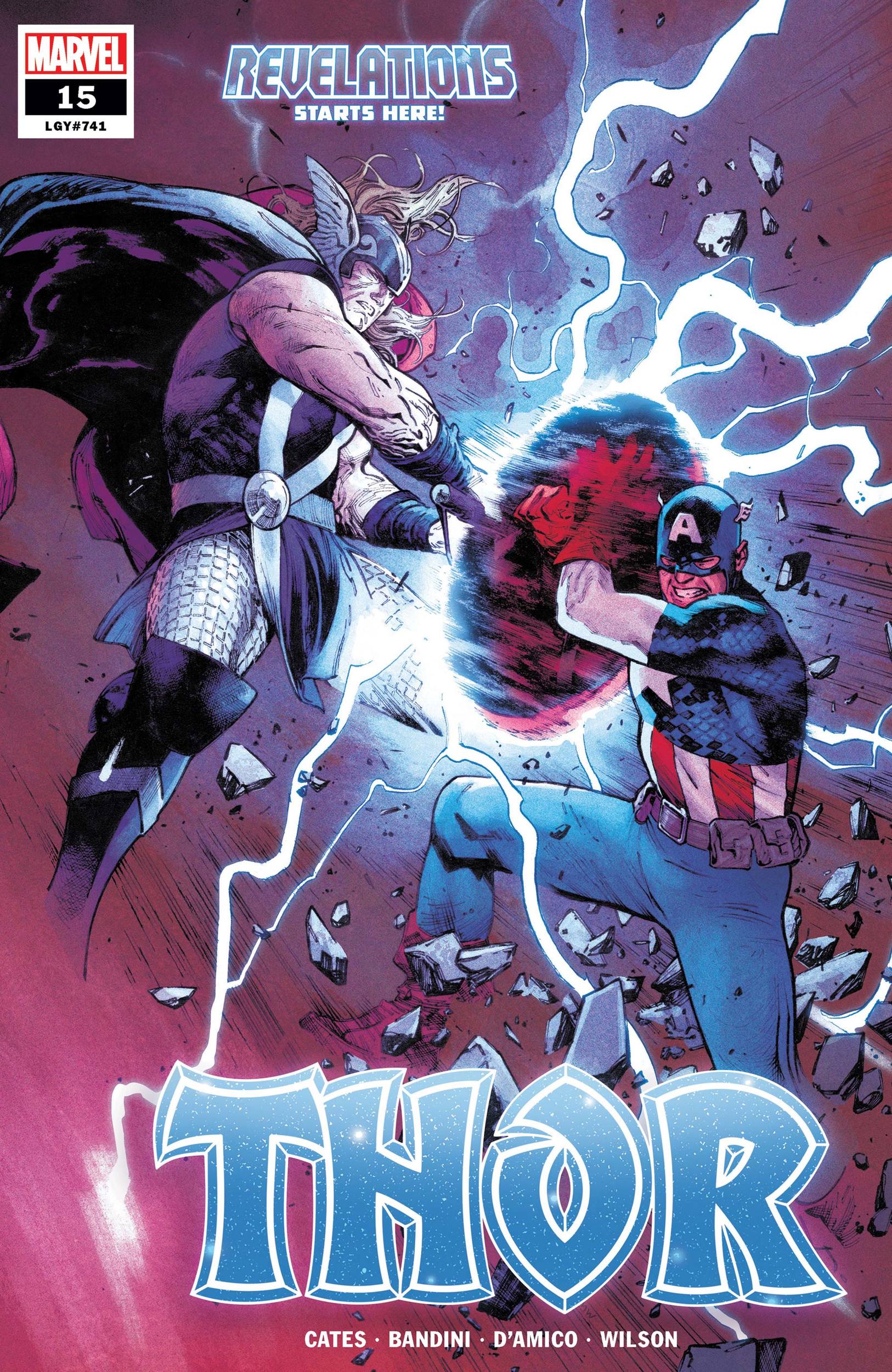 Donald Blake is finished like a Mortal Kombat fatality, and we move forward to revelations. Thor #15 is rife with dilemma and decisions, but don’t let that fool you as the action and antics make for a fun read. Off the rip, Beowulf post-victory Mead Hall vibes are followed by Thor confiding in the last person he’d expect and winds up making one of the hardest decisions of his life. Mjolnir put the work in to help subdue Thor’s vengeful shadow but drama been brewing with the hammer and it needed to be addressed, so I’m glad Cates pressed the issue because it made for a well written issue of Thor #15.

Asgard seems to always be filled with good brews and good stories, but too much of those things can spell disaster for those with a loose tongue. I really appreciated that Thor got to showcase a little authority in front of the whole team. When homies talk reckless, you need to put people in their place, and it was glorious to see him flex the way he did.

For the rest of Thor #15, Thor’s inadequacies are on full display and his decision-making process shows the vulnerable side of the god of thunder. It’s not often we see that from someone as incredibly powerful as the King of Asgard, so it made sense that the only person he’d go to for help is the most wholesome hero in the land, Captain America.

I’ve loved everything that Cates has done with his run, and this revelations arc could make for a really impactful entry into the Thor mythos. No matter what happens, the artwork is guaranteed to be on point as Alessandro Vitti and Michele Bandini been putting in work on Thor #15 is any indication! Bandini has solo duties next month, and I expect the excellence to continue.

8 Unprovoked Mjolnir Attacks out of 10