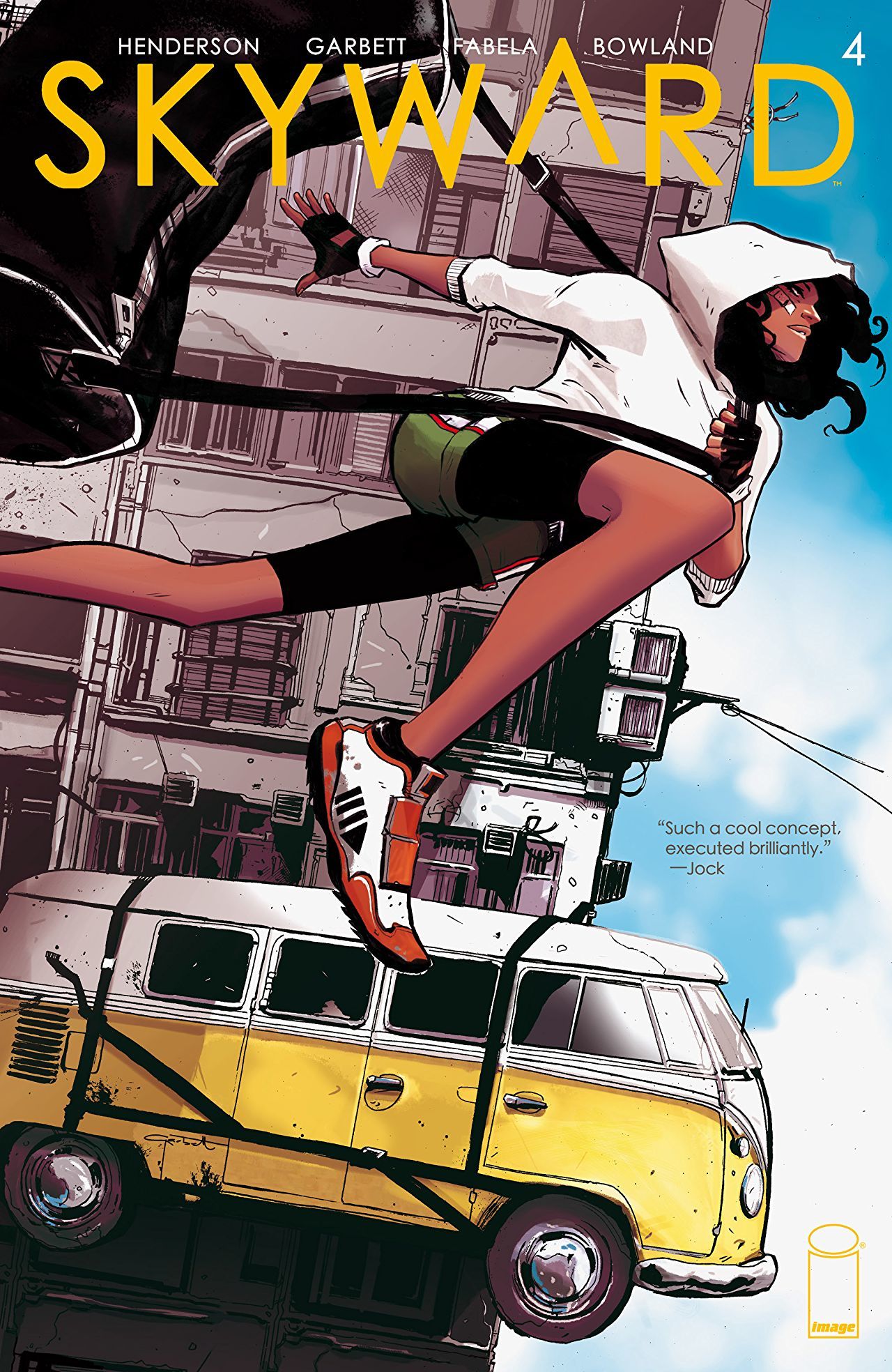 Four issues in and the world building in Skyward just keeps getting better and better. Every single issue, we learn something new about the world and it’s always fascinating how Henderson imagines the world in Zero G. When this book eventually comes to live action, it’s definitely going to have some crazy set pieces

Last we left off, Willa’s determination to be free and not burdened by her father’s phobia of the outside world got her into a lot of trouble. It put her on the radar of Roger Barrow, who is perhaps the vilest person in the world. While we didn’t get much from him the last issue, what we saw of his character gives off that kind of vibe.

In this issue, we see the consequences of that meeting. Willa has put herself, her father and others in a bad position. What’s great about Willa’s character is that, even through her faults, she manages to still make you like her. Sure her motives were selfish, but she acknowledges that and works to make it right. Like I said before, that kind of perseverance and optimism is contagious. 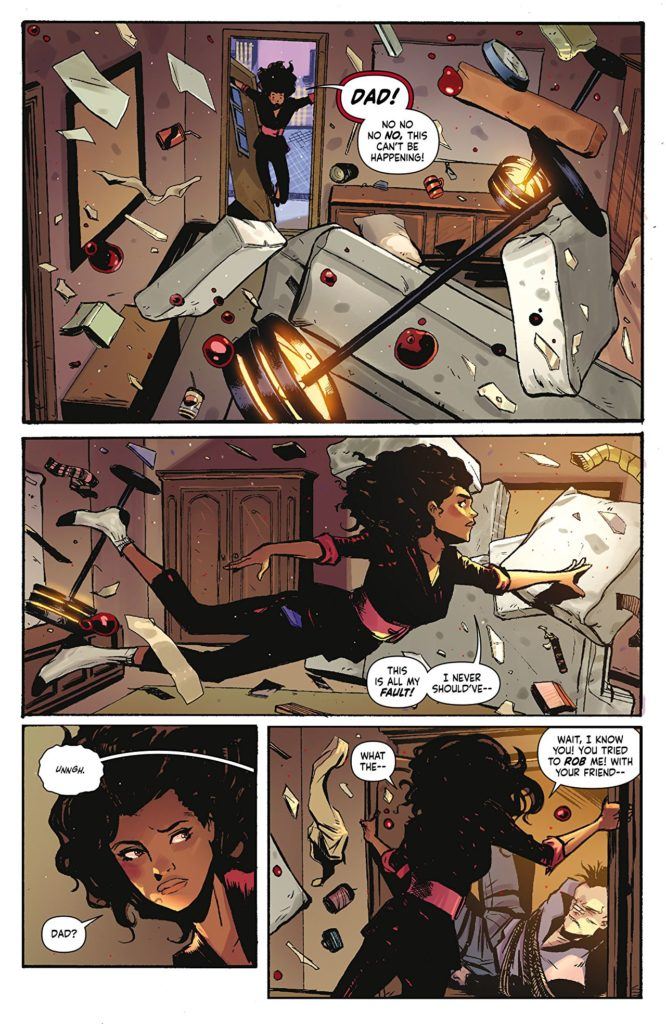 I’ve also come to also notice how similar she and her father are in that regard. Their relationship takes the focus this issue as she catches him up on recent events. Watching them talk, you can see that both of them tend to put the world on their shoulders when they feel like everything is their fault. It’s a great character moment for both of them.

Henderson keeps the ball rolling with Willa’s crazy journey in this exciting world that he has created. Also, the best of Garbett’s artwork is saved for the end of this issue and continues to prove why he was born to draw this book. Next time in the world of Skyward isn’t soon enough.