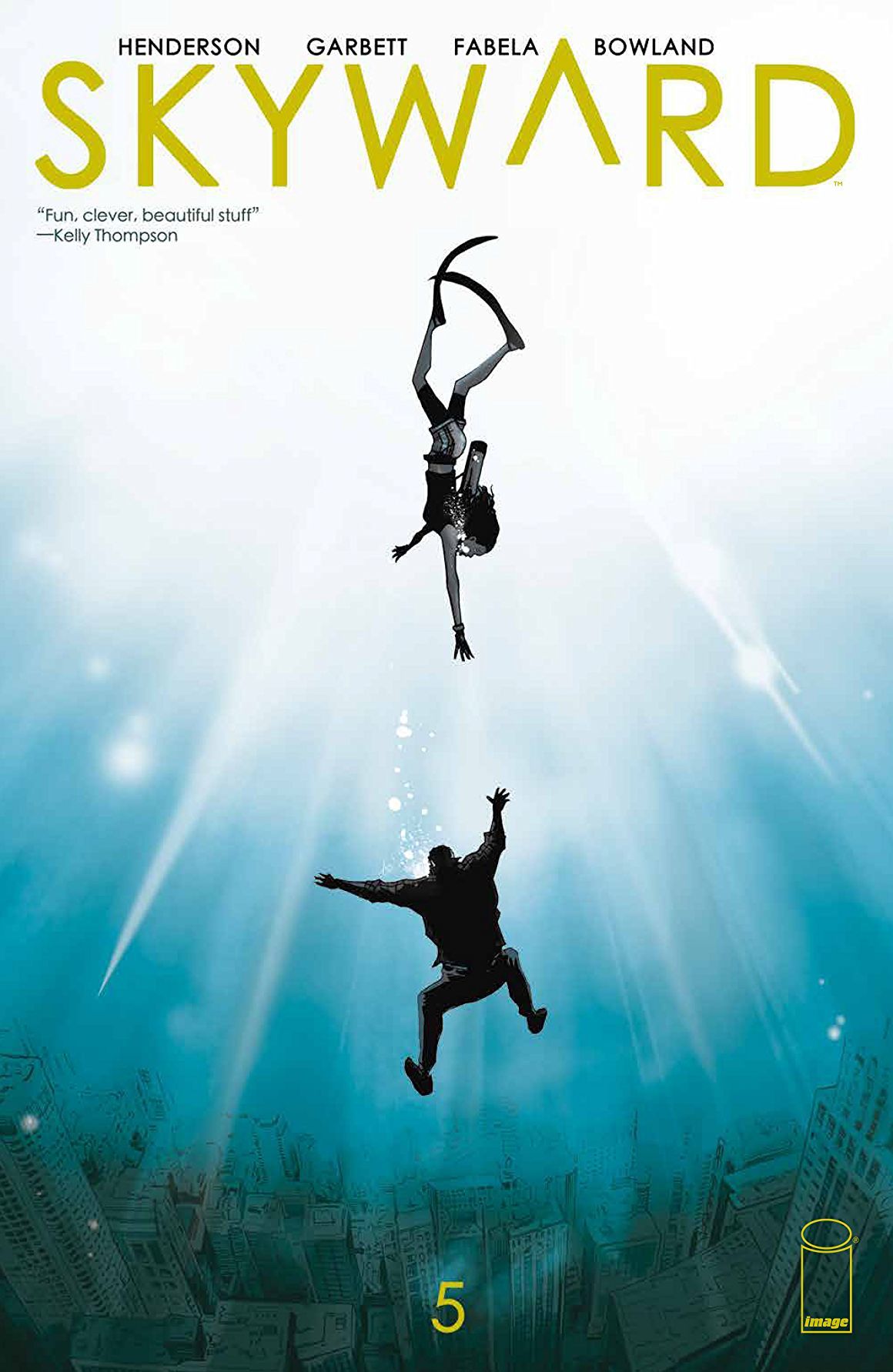 Easily, this is the best issue of Skyward, and that’s saying a lot. Each and every chapter, Henderson and Garbett top themselves when it comes to crazy scenarios, visuals, and some top-notch dialogue. The showdown between Willa and Barrow is action-packed and full of some of the series best moments so far. However, this issue feels more exciting than any other and has the added benefit of being emotional towards the end.

Last we left off, Willa’s father decided it would be a good idea to venture outside by himself even though he’s spent the last 20 or so years as a shut-in. It’s fascinating to see Nate both in wonder of this new world and terrified of it at the same time. It’s probably a good thing that Nate locked himself away for 20 years because five minutes alone and he already drowning in the middle of the sky. Maybe he was better off as a dad in a bag. 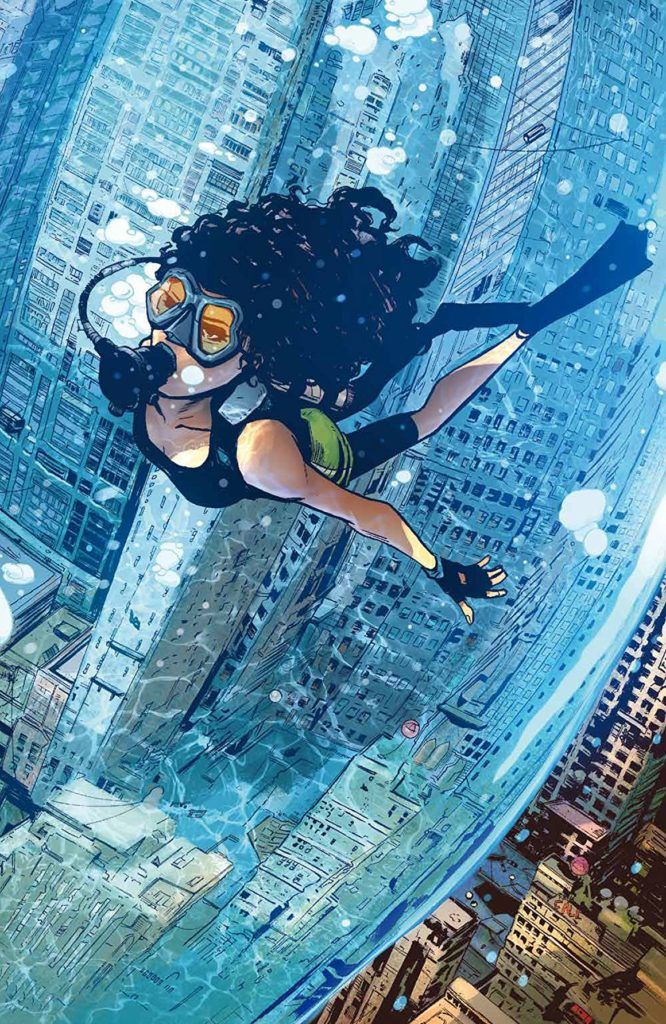 More than any other issue, Joe Henderson takes the opportunity to show us just how resourceful Willa is, and I love to watch the girl work. I’ve come to the realization that one of the things that makes Willa so special is not just her fun loving personality. It’s the fact that nobody knows this crazy world of zero-g better than she does. Homegirl pulls out all the stops, not just to rescue her father from the giant water bubble of death but to take the fight to Barrow’s self-centered ass.

I can’t express in enough words just how enjoyable Skyward is, and why you should pick it up. It’s an untapped concept for a world that Henderson is seeing to its fullest potential, and every issue reveals another aspect of how it works. You can tell that Henderson is having fun just building it for the reader piece by piece. The characters also leave you invested in the story and where Willa’s journey will take her. The way the issue ends, there will definitely be a lot of development for her going forward. We will also get to see more of how the rest of world has evolved since G day and I can’t wait.

9 Underwater Glocks out of 10