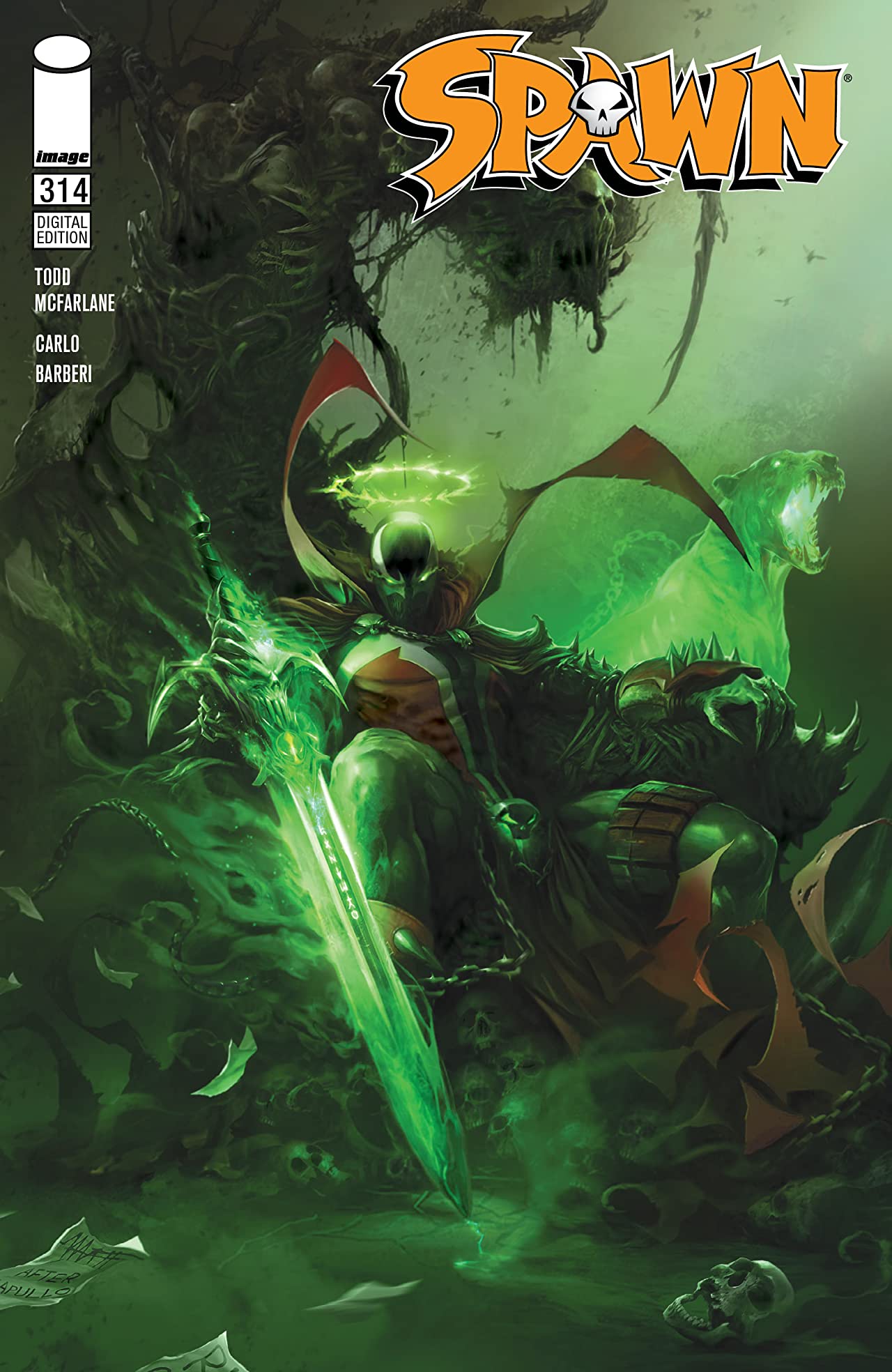 At the end of last year, Spawn #313 brought an end to the “Spawn vs. Omega Spawn” story arc which is as pretty definite to a series finale as you probably could have gotten when introducing an Omega version of an iconic character. But like the Omega Spawn, McFarlane is undeterred, and he has chosen to continue the Spawn mainline title at least long enough to introduce us to a bunch of new characters and story arcs, and the issues opens pretty explosively.

It’s never an easy transition walking into the 314th issue of a long running series. Arguably, it’s never easy as I’ve struggled to pick up stories from issue 3 or 4 without immediately having to backtrack through backlogs to understand what’s happening. However by jumping into the action immediately, Spawn #314 manages to mitigate that and fans of the character or even just the premise can manage to engage with the story as it starts with a wonderfully rendered, kinetic full page character illustration of Monolith from Barberi.

While there is a clear depth of lore and mythology in the Spawn universe, McFarlane manages to deftly handle the exposition and gets the stakes appropriately set for a newcomer such as myself. The narration is direct, the dialog is full of the expected hellspawn related quips, dark sense of the humor, and it’s all backed by Barberi’s fantastic artwork.

It’s a fun romp and one that’s full of adrenaline inducing actions and intriguing character designs. As a way to introduce new threads and plots, Spawn #314 manages to capture my attention and show why Spawn and McFarlane are iconic.