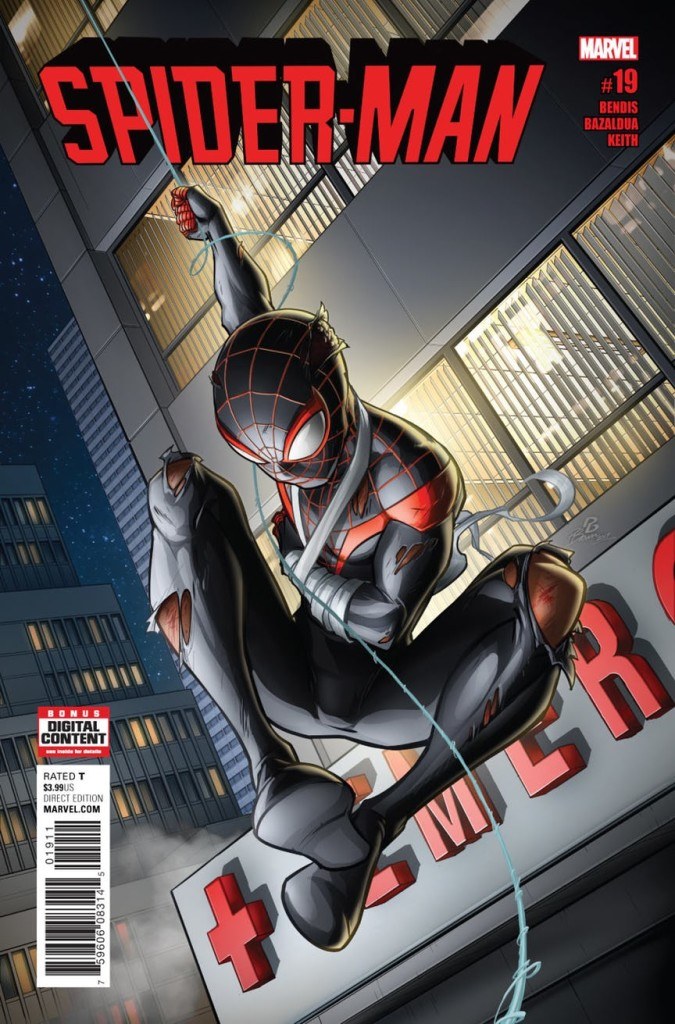 With so much drama in the NYC, it’s kinda hard being your friendly neighborhood Spidey. Miles dealing with the fall out of Hammer Head getting in his ribs like they were the main entree ordered at a Chili’s; meanwhile, we get some insight into Ganke and Danika [the YouTuber fan who broke news the new Spider-Man was a POC] texting one another back and forth. Can I say this is some of the cutest shit I done ever seen? Because it is.

Miles’ supporting cast gets great booking this issue with Fabio having gone M.I.A. and the majority of the issue is Ganke and Miles figuring out why. We also get insight into a hot take from Ganke on why Miles is feeling off, Hammer Head is plotting his revenge, Jefferson is talking to Rio and gets a visit from an unknown S.H.I.E.L.D. operative. *Vic Mensa voice* there’s a lot going on, y’all. The dialogue is packing a lot in for a big result next issue. 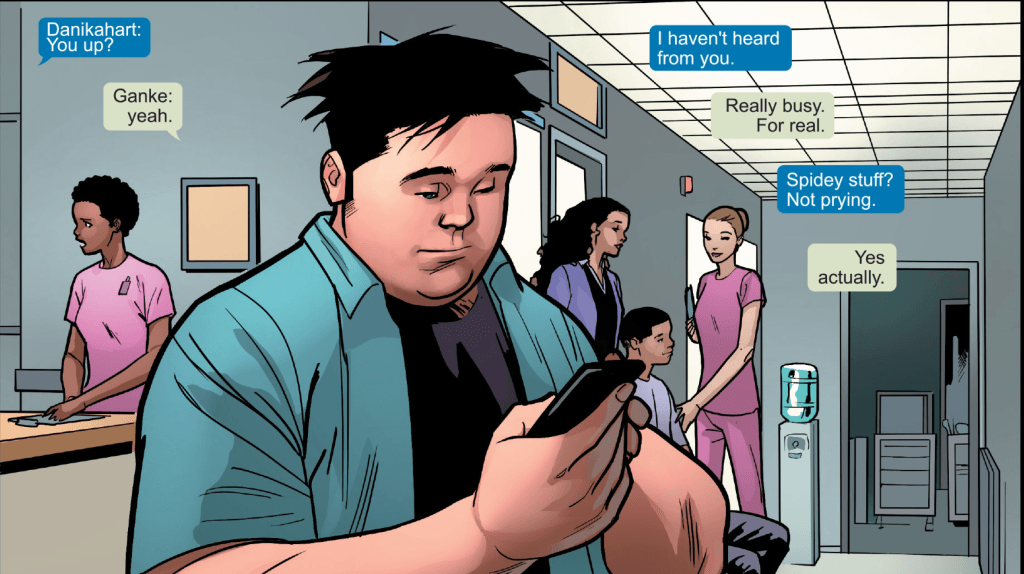 Oscar’s art is different from our usual iteration of Miles this series but is a great successor. I loved the close ups of the dialogue between character interactions. You know a book is good when you’re still engaged without someone flying through a window.

When Bendis is on, he is on. You can’t help but feel the build up as Hammer Head has his blueprints ready to make his move. Miles’ social life and reasons for being Spider-Man continue to be challenged, serving for an even deeper look at his character as the issues press on.