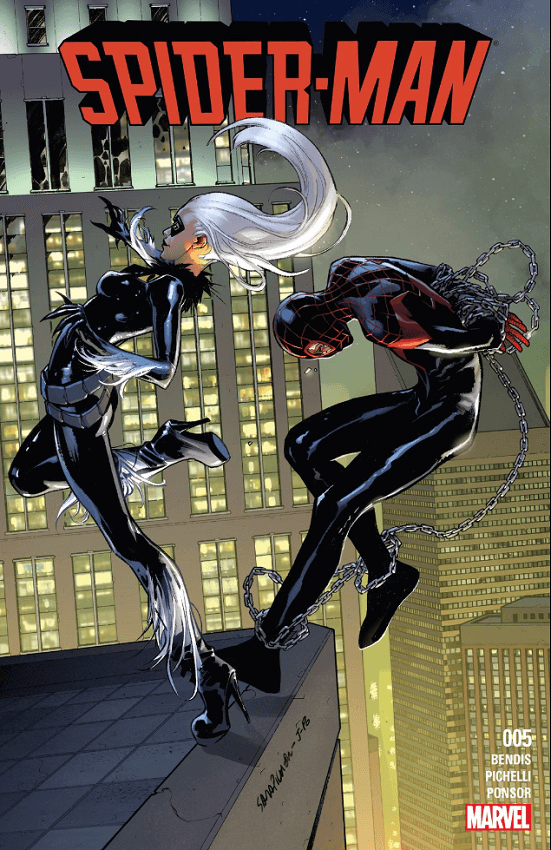 To be fair, even as much as I root for both Bendis and his creation Miles Morales, Spider-Man has been a mixed bag thus far. Outside of the obtuse focus on race in some questionable lenses, the story has been good at best and middling at other intervals. This issue picks up after Miles has been captured by Black Cat via her hired muscle Hammerhead as they look to eliminate Spider-Man. Or, any Spider-Man will do to Black Cat, apparently. The section dealing with Black Cat’s external debate about dealing with Spider-Man, even though it’s not her old enemy in Peter Parker’s Spider-Man, is a bit awkward and clumsy, but ultimately gets to a cohesive point of what her intentions are for him. 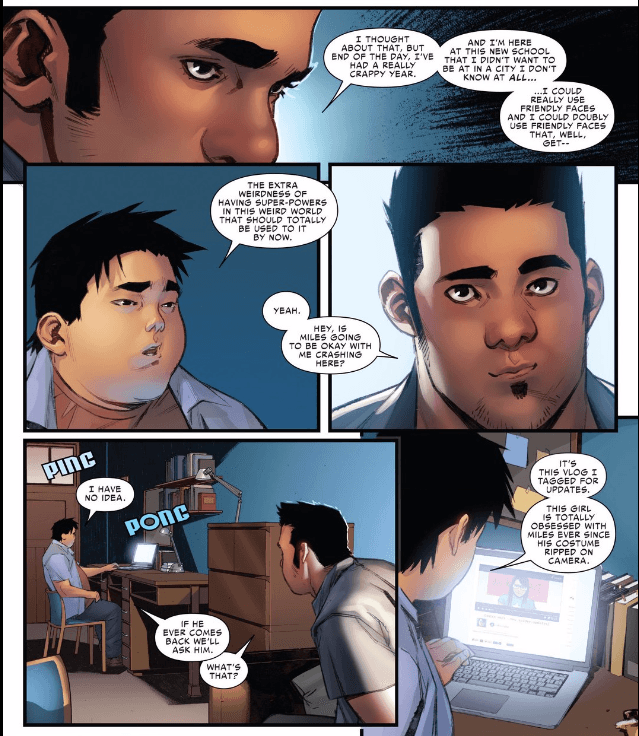 Surprisingly, the non-Miles sections of the book are a bit stronger as we get a good conversation between Fabio (Goldballs) and Ganke. This somewhat makes up for the previous interaction as Ganke realizes the possible ramifications of his betrayal against Miles and how he thinks of friendship concerning his kindergarten comrade.

Even in the wake of the news that Sara Pichelli is leaving the book soon (as it goes to twice a month), let’s just enjoy the pencils while we can. This issue, like the previous ones, looks great in almost each panel (some of the distant shots of Miles aren’t as crisp as other similar situations). All in all, the book still looks great with a good flow from page to page, even when the narrative isn’t at its strongest. 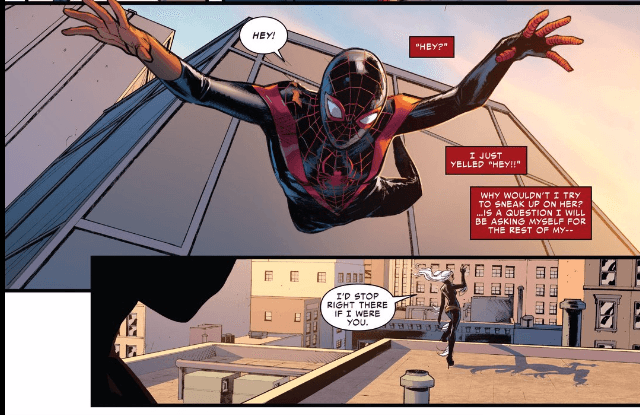 I still root for this book, but it has yet to hit its stride. With Miles being roped into the Civil War II conflict next issue, that might be what this book needs to spark it into some sustained greatness.

7.4 Unidentified Fingerprints out of 10