I don’t know what nerd shit you’re on right now but forget it. Miles Morales official trailer just dropped and a fanboy is beside himself. *Erik Killmonger voice* I waited for this my whole life! You know how long we been wanting Miles Morales on the big screen? Homie had the hottest book in the game for the longest. Homie got moved from the ultimate universe into Marvel 616 main universe. The Hood, the suburbs, and everywhere in between fucks with your mans Miles Morales. Now he finally got his movie? Bast be praised! Spider-Man: Into The Spiderverse has arrived.

We see Miles Morales (Shameik Moore) living his life and getting embarrassed by his dad Jefferson Davis (Bryan Tyree Henry), who is a cop in this incarnation. Fun fact, in the comics Jefferson Davis does not rock with the authorities. Your man used to be running the streets and then an undercover S.H.I.E.L.D. agent. I’m ehhhhh on that switch but it makes for great moments between father and son.

They have nailed Jefferson’s personality dead on. We’re unsure how Miles gets his powers but a chance encounter with the OG Spider-Man (Jake Johnson) himself, Peter “You know my numbers on the board” Parker sets things in motion.

You know what makes this shit really good? In the comics Miles takes over when his universe’s Peter Parker died (very young). Now we get to see what it’d be like if Miles was actually trained by the Goat Earth 616 Spider-Man (shades of Spider-Men vol. 1). But this isn’t just any Peter Parker offering to teach Miles. This is Broke ass Peter Parker Spider-Man teaching Miles the web-slinging ropes. Broke Peter Parker is the best Spider-Man hands down. Think about it, his best stories are when he’s broke as fuck. Peter got the Old Man Parker beard goin, lookin’ at Miles’ fresh ass Jays knowing a damn teenager is fairing way better than his mid 30’s about to have a crisis lookin’ ass. I’m wid it!

Till The Webfluid runs out

They even emptied out the web cartridge and showed us Spider-Gwen is up in this too? Oh, we’re just bringing all the universes in this for play? I’m with it. I already want the sequel. We haven’t even delved into the Goblin (I mean it looks like Ultimate Goblin) as the villain along with The Prowler (Mahershala Ali). Miles Morales is going to be throwing hands against his uncle and we all know what happens to Spider-Men’s Uncles. I can’t wait. This is what the fuck I’ve been talkin’ about. Where Ganke at? Lemme get that nerd boy best friend shit goin’ on in here.

My body is all the way ready for this movie to come out. The best part is that Jake Johnson nails the Peter Parker persona perfectly. Shameik Moore sounds just like you’d think Miles Morales would. Their chemistry playing off one another is what makes this trailer even better. Now back on my bullshit, I wanna see Miles Morales cutting up the web formula while listening to Pusha T’s Daytona. I wanna see Miles Morales kicking cats in the face then stopping mid-fight to brush the Jays off. I’m here for all the web fluid man. Empty the clip out on us Miles! You’re where you belong baby! 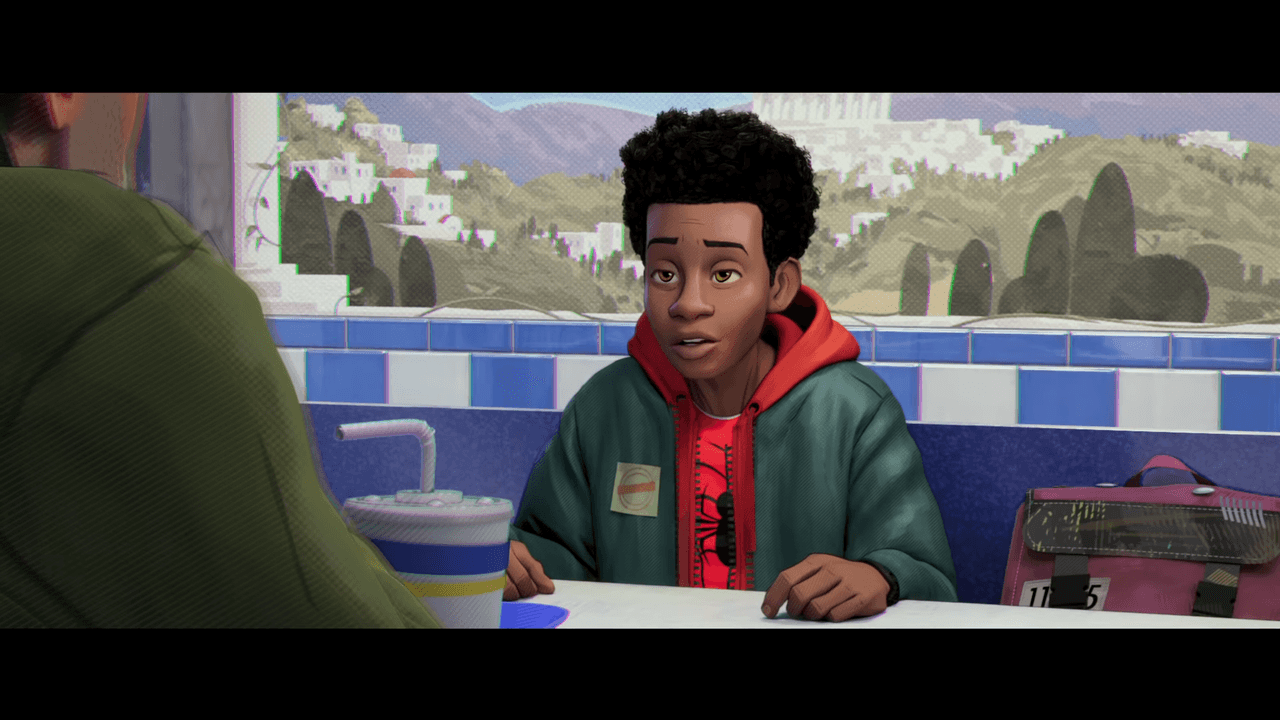