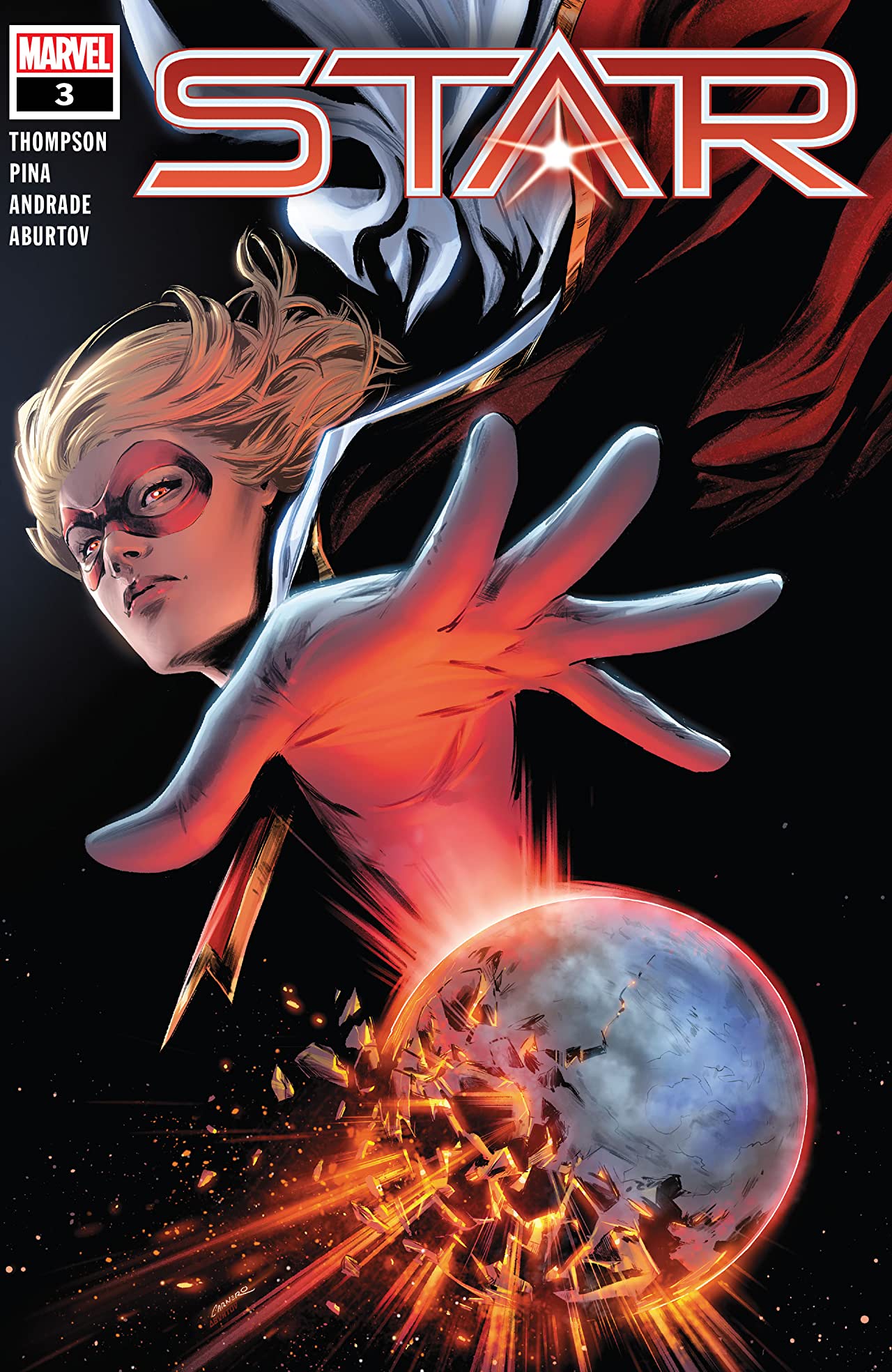 In the words of Sam from Dear White People, “I want this fictional white lady to be free so bad”. That was my sentiment after finishing the third issue of Star. The comic follows Ripley Ryan (gotta love that comic book name alliteration), a D-List villain who has found the Reality Stone embedded in her person. Completely out of her depth with powerful forces wanting to claim it, she approaches Jessica Jones (yes. more alliteration, please). Well . . . less approach and more tries to mind-control her. Scarlet Witch swoops in, more eager to help than Jones because Star’s use of the Stone is interfering with Wanda’s reality altering hex powers. Just when Wanda is getting through to Ripley, the “source” of her woes shows up.

Captain Marvel is inclined to tackle Star’s problem in a punchier fashion and Star flees. On top of that, another incredibly dangerous woman ambushes her. Black Swan was a part of Thanos’ Black Order and she is surprisingly less aggressive in her handling of Star. I mean, she puts a knife to her throat, but her intentions aren’t incredibly clear. As she leaves, it’s clear in her mind that she’s going to have to fight her way out of this. 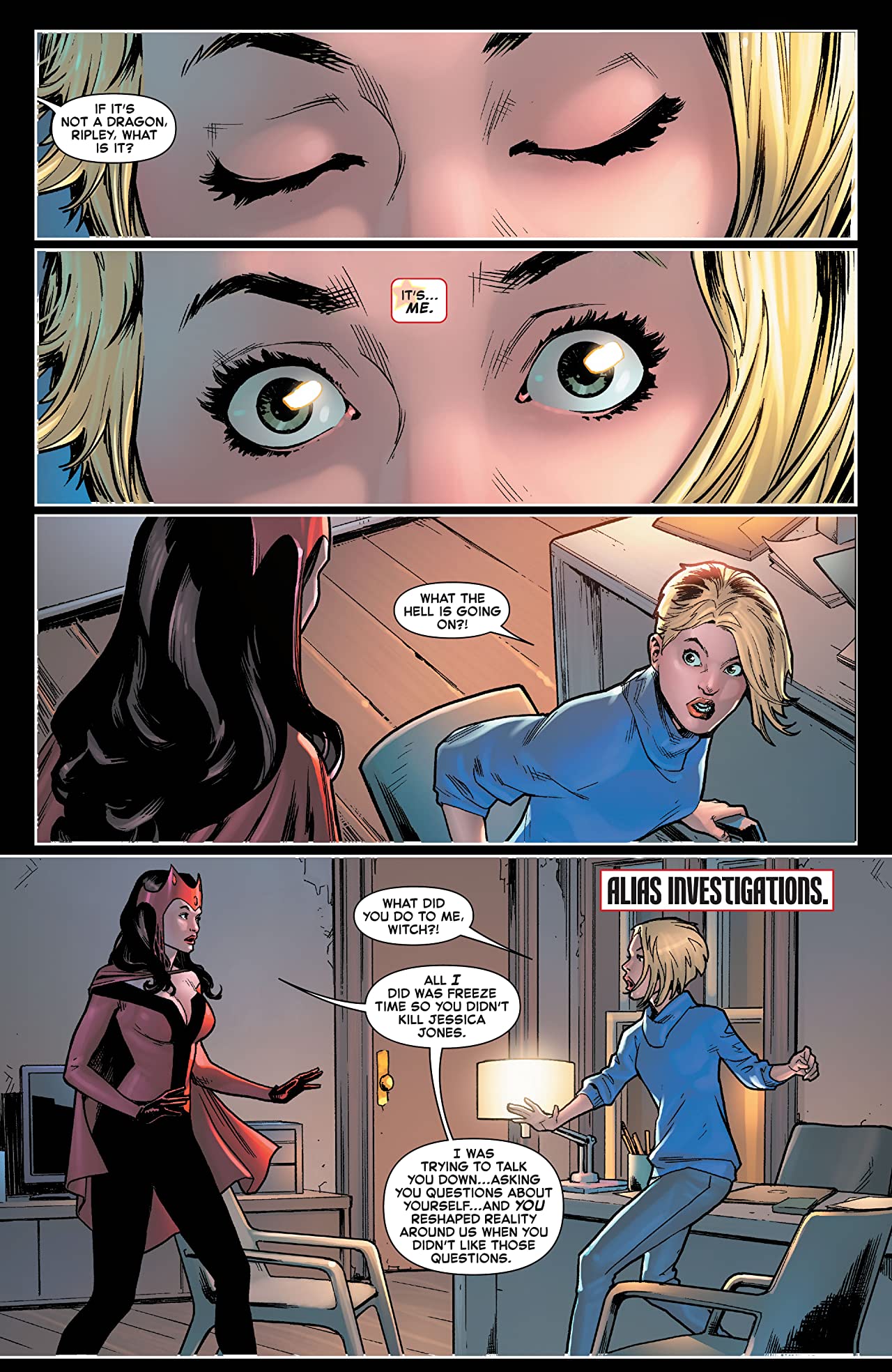 This comic has the markings of a basic, unremarkable story, but there is something special here. I think I am in the market for stories about morally ambiguous, unremarkable characters. Star isn’t like Thanos evil but more in the realm of your normal person. Instinctually self-serving; reluctant to trust; quick to blame others for her bad decisions. At the end of the day, she’s just trying to get by. In more ways than I’d like to admit, I identify with her more than most of my favorite superheroes.

Kelly Thompson has proven herself a master wordsmith and the rest of the creative team have forged a visually stimulating work of art. There’s a flashback scene with a particularly interesting style different from the rest of the book. I imagine that’s where the multiple credited artists come in. I’m in this one for the long haul. Miss Thompson, please tell me this poor, fictional white lady is going to be ok.

Reading Star? Find BNP’s other reviews of the series here.