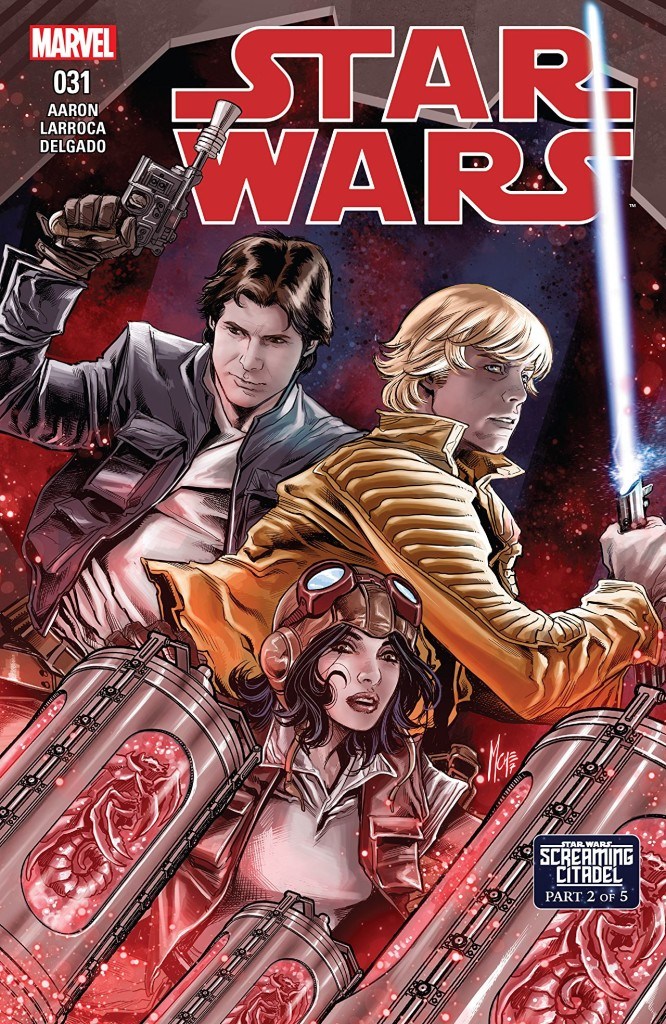 I have to give to Jason Aaron. The man writes a damn entertaining Star Wars book. Even when his series doesn’t quite gel with the crossovers and tie-ins of other writers, it’s standalone merits usually still justify the four bucks spent.

Issue #31 is actually the second installment from the “Screaming Citadel” crossover but still picking up right after the Yoda flashback/tribal backwater Jedi story arc, so if you’re not already reading that (I’m not), it’s a little weird to dive right into the middle of a plot that’s already hit the ground running, but we’ve seen enough of “Luke’s Field Trip with A Manipulative Rogue” enough that it’s not exactly rocket science. Also Doctor Aphra is moving up through the power rankings to become one of the most fun characters of this new extended Star Wars universe. 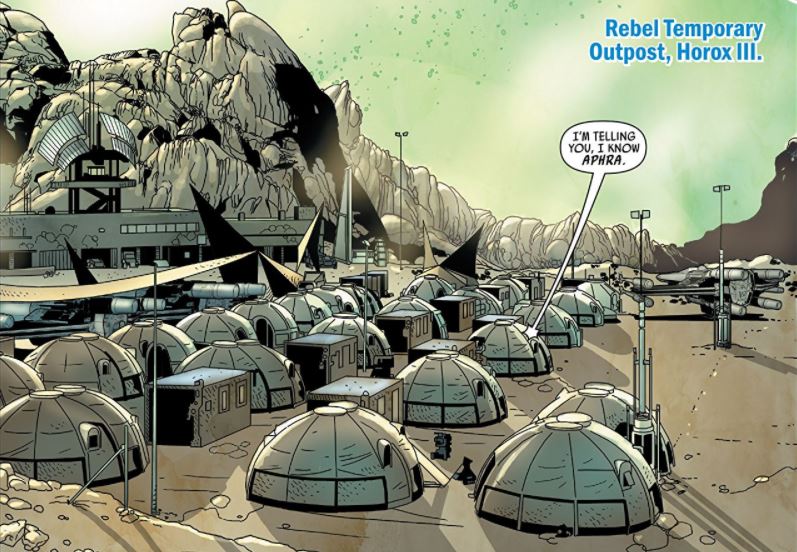 Her and Young Skywalker make a fantastic team with their endless tug-o-war between ulterior motives and mistrust. Aphra is just as likely to leave Luke high and dry as she is to rescue him at the last second. You just never know and that’s the allure. Salvador Larroca’s artwork is way better suited for this story arc than the last one. The shadows and darkness called for in the script are clearly right up Larroca’s alley, full of suspense and terror in the things the panel doesn’t show us. 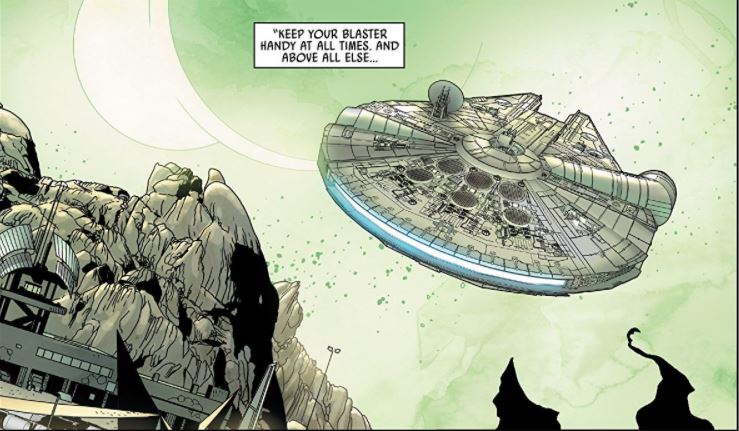 Bottom Line: The book is on steadier ground this week than in the previous story arc. Aaron is giving us more of the swashbuckling, betrayal and intrigue we like in a Star Wars book. It’s also still fairly accessible even if you haven’t read the previous book (hard to come by with crossovers….even the good ones). Solid issue.

8 Candied Rat Monkeys out of 10