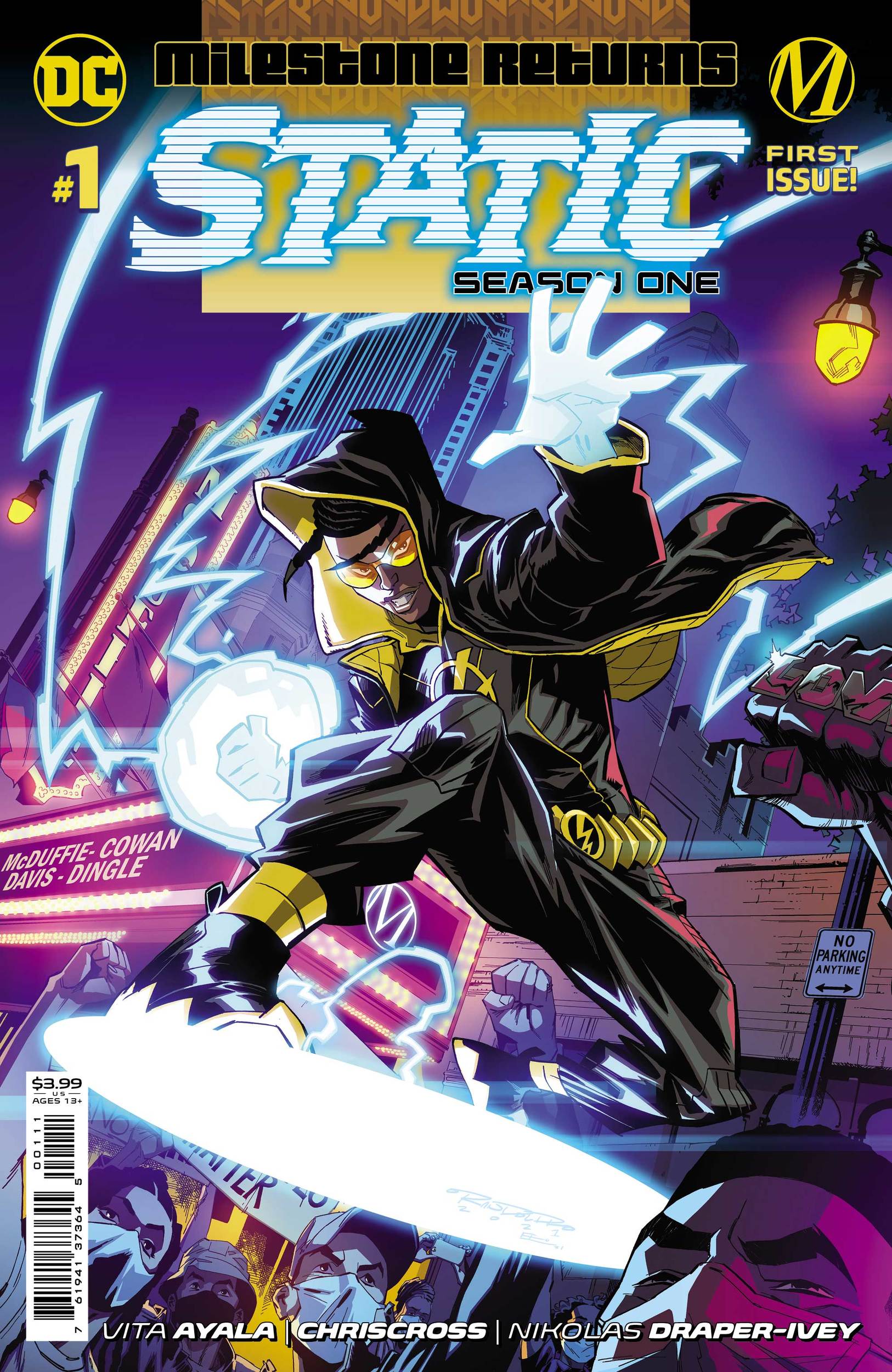 Static is back! And so is the entire Milestone universe! It took a while, with some bumps on the road, but we finally here and I couldn’t be happier.

Simply put, I wouldn’t be where I am as a writer if it wasn’t for Static and Milestone. From an early age, it was so important to see myself and others like me represented on such an elevated level. We’d had Black superheroes before, but they never got the spotlight they deserved, or the agency we all craved. And to be honest, things still aren’t perfect in terms of representation in comics. Milestone should have never left, and these characters shouldn’t have been collecting dust for as long as they did.

But that’s old news now. We now live in a world where we get a view into this universe every month, as Bast intended it.

Static #1 was absolutely fantastic. To stay on brand, it really puts a shock to your system. I’ll be honest, I felt some type of way about rebooting the universe. Not that I didn’t want to see more Static and Milestone, but I wanted stories to continue rather than start over. But I’m happy to say now that any skepticism I had has been completely zapped away by this stellar debut.

And honestly, it’s necessary. As a whole, Milestone had been gone for over twenty years. It needed to be updated to catch up to the world that moved on without it. The core of what made it special is still there, but its foundation is so much stronger now that it’s held up by a generation of creators who grew up being influenced by the original.

In this debut issue, Static deals with the fallout of his fight with Hotstreak, which was depicted in the Milestone Returns #0 issue. He deals with it physically, sure, as Hotstreak demands a rematch for his ass-whooping, but Virgil really deals with this on an emotional level that I wasn’t really expecting, but I’m so glad we got it. Virgil has trauma from the Big Bang, the event that gave him his powers. The gas that the cops shot at the protestors was poison, and for those it didn’t kill, it transformed into something else. But in the moment, Virgil’s life must have flashed before his eyes. And now, even though what he has can be seen as a gift, it can also be seen as a burden. The care that was taken to show that in this first issue is inspirational as a writer.

I can’t say enough nice things about Static #1, so I’ll just say a couple more and then leave you to read it and experience it yourself.

The dialogue was absolutely my favorite aspect of the story. These felt like real teenagers talking, and nothing felt forced. I didn’t wince at “Yo” or cringe at a long and drawn out soliloquy ill-fitting of a 16 year old Black boy. That’s because Vita Ayala is the perfect person to write this book. They’re not an old and out of touch writer trying to capture what the youth are saying these days by watching a CNN special about millennials and zoomers. They’re about that life themselves, and it comes through so clear.

Shoutout to ChrisCross and Nikolas Draper-Ivey on the visuals. The art was also spectacular, and Virgil’s fits made me want to go out and spend money that I don’t have so I can look like him. That’s the highest compliment that I can give. We are truly in a renaissance when it comes to fire outfits in comics. And don’t even get me started on the hair. Virgil is truly the freshest dude in comics right now.

The colors in Static #1 make me feel like I’m seeing them for the first time. Sure, blues and oranges are a staple in the human visual spectrum, but every time they grace their presence on one of these pages, I feel like a newborn baby seeing something new. Pure bliss.

Milestone is back! And hopefully it’s here to stay this time. That’s all up to us. Let’s not give them any reason to think these books don’t deserve to be on the shelves.