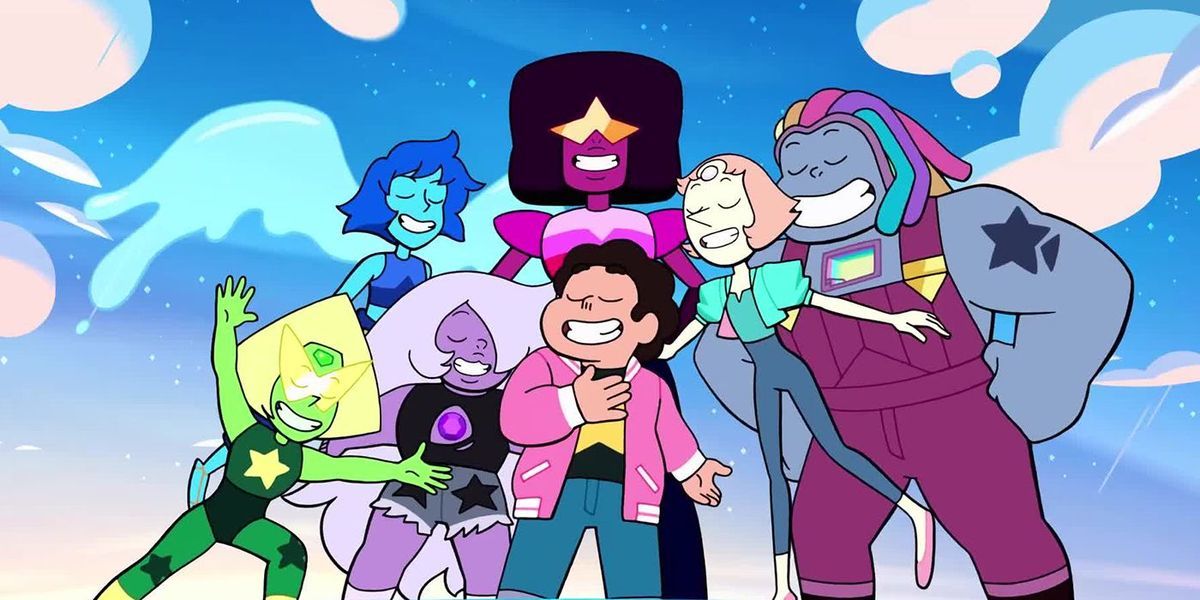 It’s over, isn’t it? Since 2013, Steven Universe has given us countless laughs, tons of tears, and a plethora of introspective looks at not only the human condition but also love and its many forms it. Throughout his many adventures, Steven has been the hero everyone turns to.  He’s been the bright spot in the lives of everyone around him, even when dealing with his own struggles of who he is. By the end of the first series and the TV movie, Steven has accepted who he is, accepted his lineage, and forged a path into the future with the acceptance and love of all those around him. But when there’s no one left to save, what does a hero do? We dive into that and fully complete his story in Steven Universe: Future.

Steven Universe has been on a ton of adventures ranging from the goofy to the emotionally traumatic. He was a child with a less than traditional upbringing who more often than not had the fate of the whole world trusted upon his shoulders, quite literally in a few instances. Where Steven Universe: Future picks up is after the movie where pretty much almost every enemy he’s come across has become a friend. Little Homeworld, the new Gem colony on Earth, is flourishing, and Steven himself finally gets to relax and take it easy. However, as he begins to develop new powers and finds that not everyone is turning to him for help anymore, he begins to question his place in the world. I think that is one of the aspects that Rebecca Sugar (creator of the series) portrays so well. It’s almost Batman-esc how devoted Steven was to his “mission.” He’s always been an uncompromising hero when it comes to saving people. What started out as one of his most annoying character quirks in the beginning became his most fleshed out and defining traits. The Gems are happy, the people of Beach City are happy, and Steven is happy… isn’t he? And that’s the crux of Steven Universe: Future, what happens when the caregiver does not care for themself.

Steven knows that not everything is ok with himself, but his answer is to keep being the Steven everyone knows him as. That version of him is how he sees himself, the savior, the one everyone turns to for help. He sees that as his default self so when he just wants to be normal again, to be “back to his usual self,” he forces himself back into that role at his own expense. When others around him start to see he’s not quite right, he laughs it off and insist that everything is fine. He pushes forward ignoring his own negativity to the detriment of his own self-health. He starts to keep secrets, push others away, and even runs away from home. It gets to the point where anyone who tries to help him, he snaps at and pushes away.

He wants to be “back to normal,” but he doesn’t even know what normal is anymore. He realizes his childhood, his upbringing; everything about his life has been anything but normal and honestly, it’s pretty detrimental to his own emotional health. It gets so bad that he sees himself as nothing but a monster, and it’s utterly heartbreaking to see. The hero we’ve seen time and time again overcome any obstacle breaking down and seeing himself as utterly disgusting. It hurts to see him like that, and it hurts because for many of us dealing with emotional health, it’s too real. The denial, the frustration, the seeing yourself as less than human, these emotions are hard to deal with, and Future shows us that denial and repression are not the answer: Love is.

The Steven Universe franchise at its core has always been about love; the love for others and the love for oneself. But it’s also been shown primarily as “the other person needing to love themselves.” With Future, it shows that we all need love, but most importantly, I need to love me. It’s okay to admit when we struggle, and it’s okay to seek help, both professionally and through those most important in our lives. And with this epilogue the series is finally at its end. Not only did it wrap up everything in a nice bow, but it leaves us hopeful for the future that everything will work out for our hero. He’s in a better place than where he started but still has his own life to live. I can’t say enough about how great this epilogue was. Thank you, Rebecca Sugar for the laughs, the tears, and the journey within this world. For spreading the message of love and self-care. And for giving us fantastic characters that are so relatable to so many people. Farewell Steven, we may never meet again, but you’ll always be in our hearts.