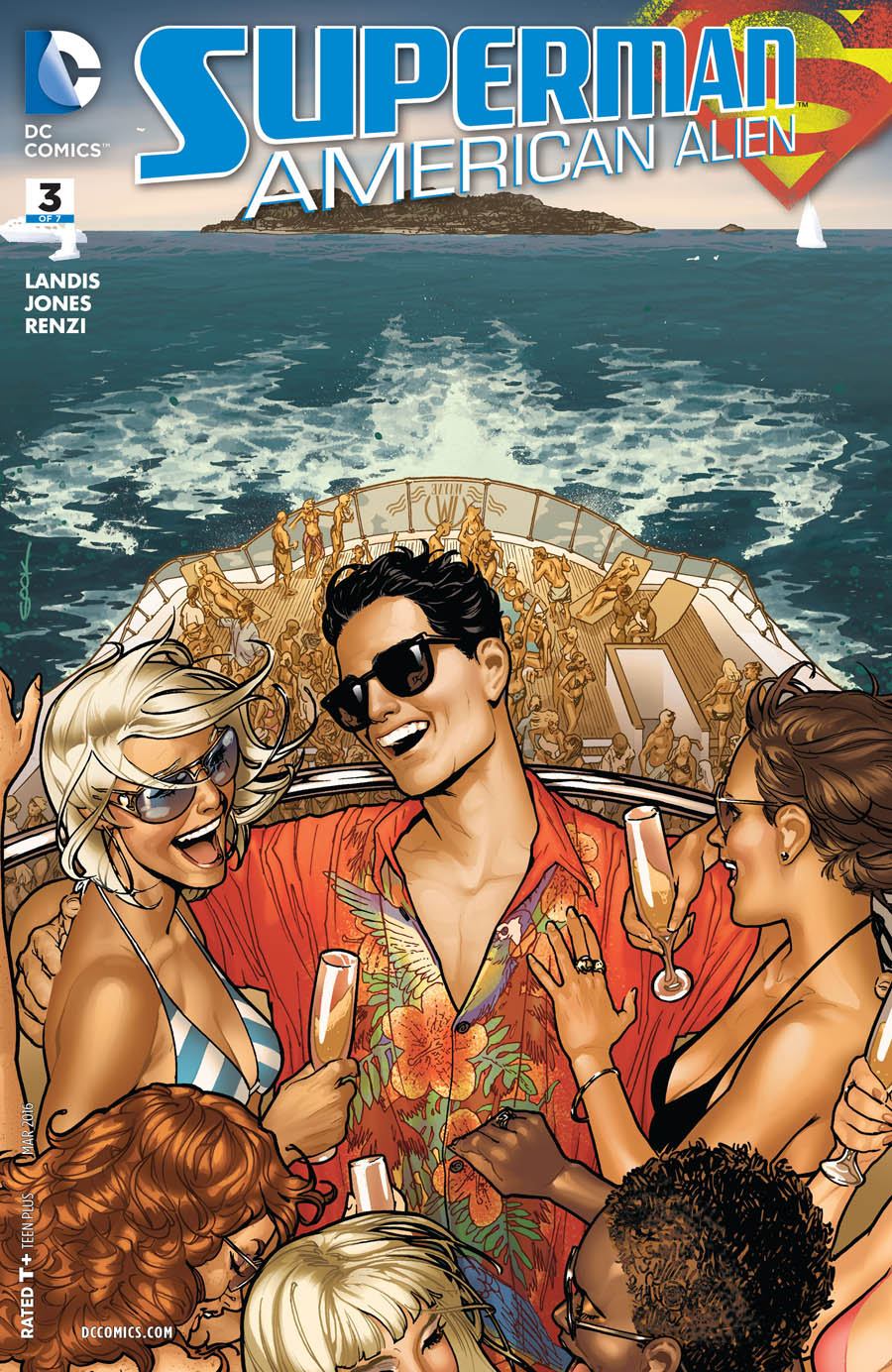 Thus far, no matter what Max Landis thinks of himself and his grand ideas about what kind of hero Superman is/should be, his comic, Superman: American Alien has not been a good comic. Intended to be a seven-issue scrapbook depicting various moments in Clark Kent’s life, the first two issues have basically been the sort of thing we’ve already seen in Superman’s origin. The only difference is, because it’s written by Max Landis, the prevailing theme is that Clark Kent is sort of an asshole.

This month, the upside is that at least Landis, to his credit, has proven to have at least one original idea in his head so far. Clark Kent goes on vacation and accidentally ends up in a routine case of mistaken identity on Bruce Wayne’s pleasure yacht. Yeah, that is a real Max Landis story that someone in the editorial department really approved to be developed. Now, on the plus side, it’s a good premise that has Clark, who’s never left Smallville, gets to see how the other half lives and makes up his mind about what the world really needs. The problem is that it’s written by Max Landis so you have him just happening to coming to these conclusions on a boat that’s littered with DC characters of note (not giving away the cameos) which is first class nerd wank. I could even imagine this being a decent filler episode of Smallville, but even then, a good episode of Smallville was a strawberry in a shit sandwich, so maybe that’s not saying much. In fact, none of these installments are necessarily bad in concept (we know this because they’ve previously worked out… when we saw them before), but they’re either too derivative (Issues 1 and 2) or they’re too shaky (this issue) to have Landis’ only real catch to be “…except Clark’s an asshole.” 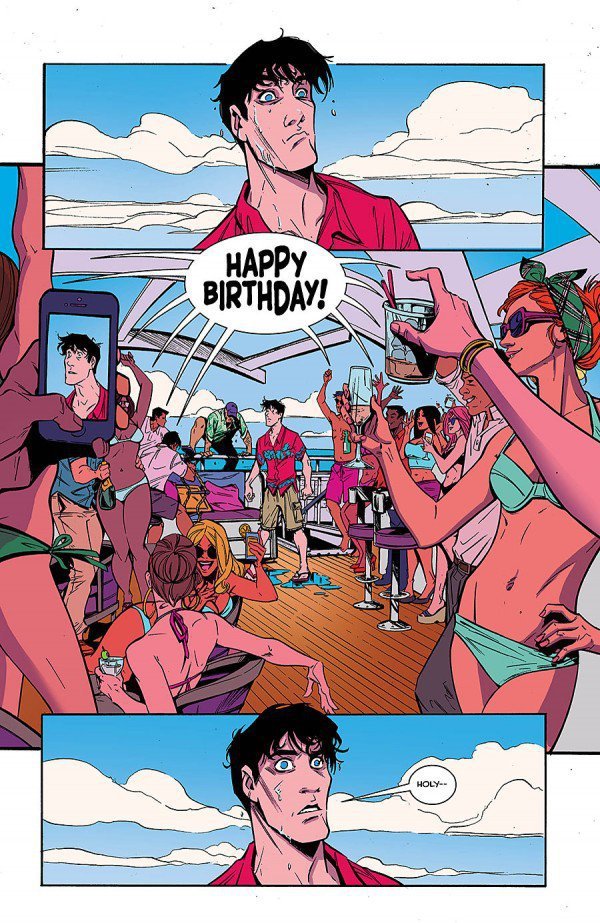 Visually, the book has been a good looking one up to this point and Joelle Jones has maintained the standard. Her work was appropriately stylish and sexy for a book that takes place on a boat full of rich, beautiful people. It’s just a shame he only has Max Landis’ script to work with.

Bottom Line: This isn’t a bad book. In fact, this issue is much better than the series has been so far. In fact, this is like the Peter Parker of Superman comics. Peter Parker could be so many great things, but he’ll never reach his true potential because he has to be Spider-Man. American Alien could be one of the great Superman stories that we’re talking about years from now, but it won’t be. Because Max Landis.