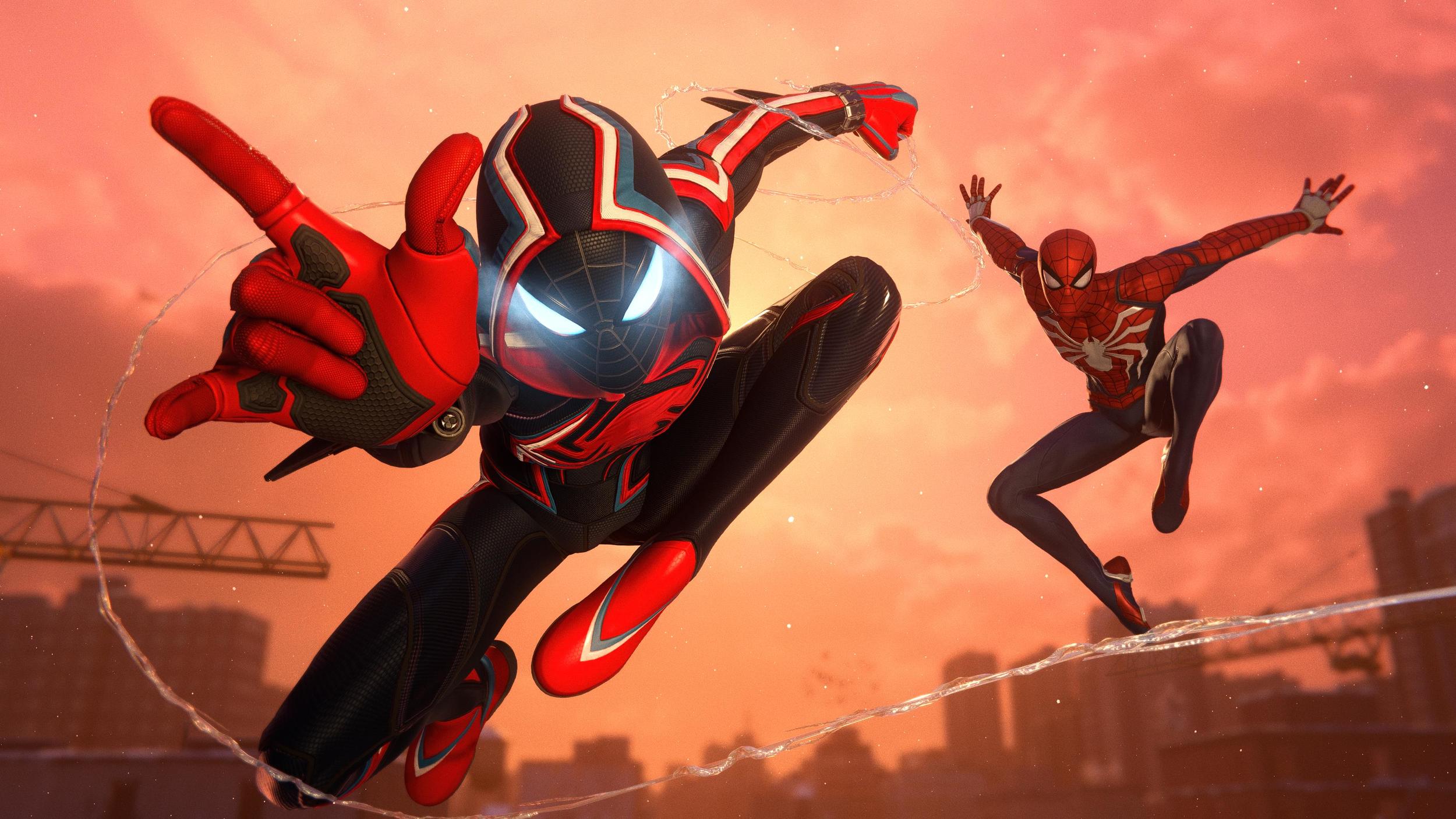 Insomniac has created something really special here. After the success of 2018’s Spider-Man on the Playstation 4, it would have been easy to rest on their laurels. They could have just slapped a new skin on the character model, written up an easy story and called it a day. But Insomniac wanted to show love and respect to this character and that’s exactly what they did. With new gameplay and an engaging new story, Marvel’s Spider-Man: Miles Morales swings in declaring it’s his time to shine. And God does he shine!

Miles’ origin was established in 2018’s Spider-Man, since then he’s been training under Peter to take on the Spider-Man mantel. When Peter is called away and leaves the country, it’s up to Miles to step up and protect his city while he’s gone, growing into his own Spider-Man. Insomniac again proves how important story can be to a game. Stuck between the two-warring factions, Roxxon and The Underground, Miles struggles in living up to the hero mantel while maintaining his own personal life. Nadji Jeter has been playing various versions of the character for a few years now and has given his best performance to date here. There’s a caring sincerity behind his words and you really believe he is struggling when his friends and family are put in danger, go become the danger itself.

While the game is shorter than the 2018 version as we all expected, they still packed a surprisingly large amount of story and gameplay here. The whole city is still opened up to you and swinging from one end to the other is still just has fun. The developers tweaked the way Miles swings and you can really see the difference between a season veteran and a fresh young swinger. While Peter was elegant and precise, Miles is sloppy and all over the place. Even when coming to a halt on a perch or taking down an enemy stealthily he stumbles a bit. You really get the feeling he hasn’t been doing it for very long.

That’s not the only thing tweaked; with the addition of Miles’ Venom attacks (not to be confused with the character Venom) and invisibility, engaging enemies has become… well, more engaging. Attacking head on can be dangerous since it seems that Miles takes more damage than Peter did, Venom attacks add a new layer that’s quite fun. Invisibility allows you to stay stealthy and quiet or mix up attacking groups. I was never bored fighting and traversing through New York City.

Even though there is a PS4 version, playing on the new Playstation 5 is definitely the definitive way to play. The PS5 gives you two different ways to experience Miles: Fidelity Mode and Performance Mode. In Fidelity Mode, the game takes advantage of ray tracing and presents the game beautifully. The way his Venom Strikes explodes on screen, the way The Underground lights up at night in their signature neon purple, the reflections of puddles in the street or in the windows as you zip by is truly a gorgeous experience and make it feel like next-gen is finally here. Performance mode gives players a crisp locked 60FPS that makes swinging through the city a whole new experience. For me, my first played through I chose Fidelity and my second was Performance. I enjoyed both but my choice would be Fidelity, I just loved the extra details and looks. I’d highly recommend trying out both and deciding for yourself which you prefer.

Marvel’s Spider-Man: Miles Morales lives up to the hype we felt since it was first announced. It isn’t as long as the first game, but there’s a lot of bang for your buck making it a worthwhile launch title for the PS5. It’s a beautiful, fun game with an engaging story that presents a Miles that stands on equal footing with Into the Spider-Verse and the original origin in the comics. I’m excited to get more of this world and with the set up for future enemies and storylines, it can’t come soon enough. Honestly, arguably Game of the Year, definitely mine.