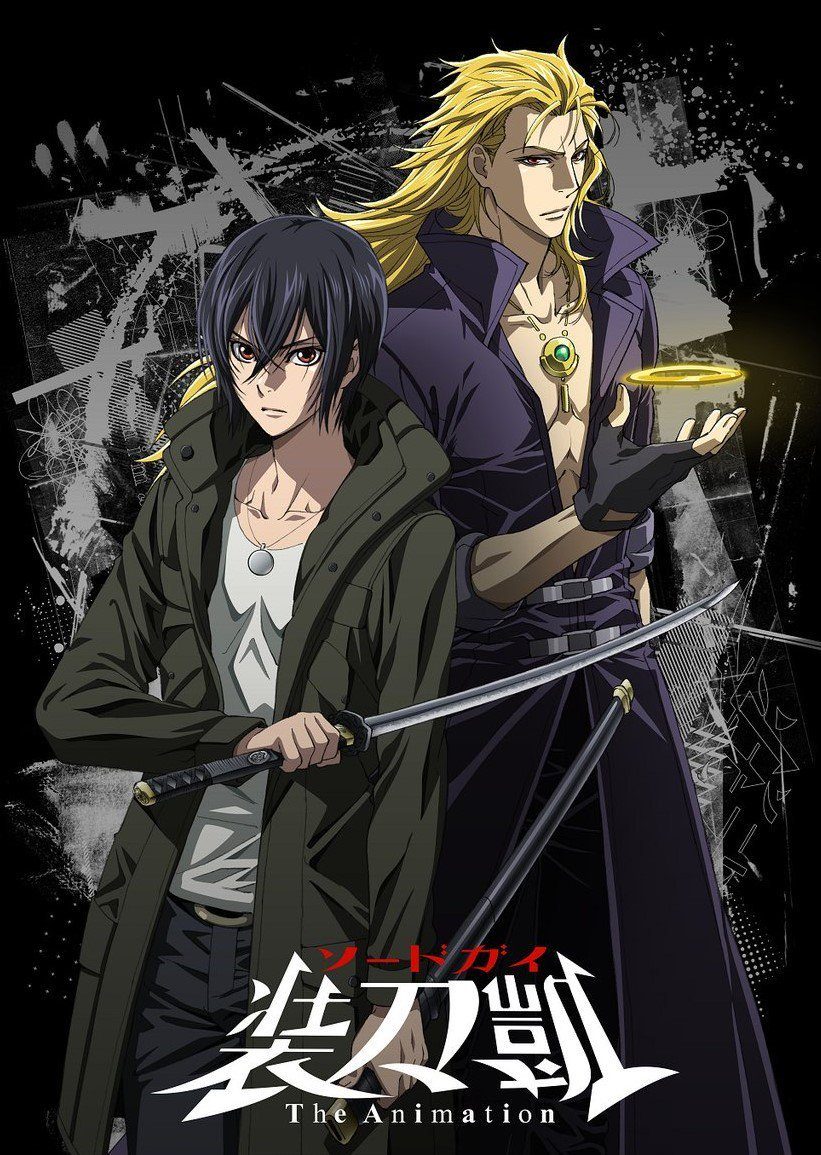 SwordGai: The Animation is one of the dozen original anime productions Netflix revealed last year. With the ability to binge through an entire series in a weekend, anime fans are always looking for the next new thing to hold them over. Is SwordGai worth your time? The short answer is no. For the long answer, continue on dear reader.

The story takes place in modern Japan. In this world, cursed weapons can come to life under the right circumstances. This usually involves an act of great evil which taints the weapon, but it can also result from a pact with a demon or other means. Possessed weapons have the ability to merge with humans, forming a “Chrysalis,” or human which can wield the power of the weapon at will. There is a terrible price for this power, however. The demonic power of the weapon eventually corrupts the wielder, turning them into a Bosuma, a demon which exists only to kill and destroy.

It is into this world that Gai Ogata, the sixteen year old protagonist, is born under tragic circumstances. His mother encountered one of these weapons, a Japanese sword named Shiryu, while pregnant with Gai. Rather than be consumed by its evil spirit, she took her own life, and Gai was born during the trauma. He was found by Amon Ogata, a swordsmith who takes him and the Shiryu in and raises him alongside his daughter, Sayaka.

Gai is an inexplicably moody protagonist whose anger is never properly explained or contextualized. It’s true that his mother took her own life, but Gai has known nothing but love and support from his adopted family since then. His anger becomes grating as he rejects the friendly overtures from everyone around him and spouts silly edgelord nonsense like, “Shiryu, you are my only mother.” After Gai loses his arm in an accident, Amon forges the Shiryu into a replacement arm for him. Gai is now a Chrysalis, and that brings him to the attention of Shoshidai, a shadowy organization which seeks to control both the cursed weapons around the globe and the Chrysalises bound to them.

All of this sounds like a fairly standard setup for an action anime series. Where SwordGai fails to rise to the level of even typical action anime is in its pacing and plotting. Almost all of SwordGai’s first twelve episodes are setup for…I’m not sure what exactly. There are some throwaway lines about the end of the human era and the rise of the Bosuma, but that plotline isn’t tethered to anything else happening in the show. Each weapon is given a history, and the backstories of all the main characters are painstakingly laid out. Yet none of this exposition leads anywhere. The information is dumped on us, teasing out clues that might add up to relevant plot points or interesting character development, but the narrative never stays in one place long enough for the viewer to invest in what they just learned. The tendency of the story to bounce around aimlessly also extends to the fight scenes, which are listless and uninteresting to begin with, yet abruptly end with one party withdrawing in a cloud of dust if things threaten to get exciting.

The plotting also suffers from an almost comical level of repetition. Gai and Seiya Ichijo have the conversation about the consequences of being a Chrysalis at least five times, and that’s after Marcus Lithos and Naoki Miki, two other Chrysalises, have already had that conversation five times, and that’s after Kyouka Kagami, an administrator with Shoshidai, has explained the consequences already.

There is one bright spot in SwordGai, and that’s Seiya Ichijo. He’s a typical bishonen style character- strong and beautiful and somewhat rebellious, an anime archetype we’ve seen again and again. Yet he comes to life in episode seven, when the viewer actually sees the consequences of being a Chrysalis. Seiya had a girlfriend, Kei, when he was bonded to his weapon. Shoshidai has no cure for bonding, and must resort to placing Chrysalises in a cryogenic deep sleep to slow the process of becoming a Bosuma. As he remains in deep sleep, Kei ages. When he meets her in the present, the viewer is treated to a well-done fakeout where we think he’s going to see his mother, but instead it’s the woman he loves. And he does love her; in one of the best scenes of the first season, Seiya takes the time to paint Kei’s toenails for her, as she’s too old to do it herself. It’s a tender scene which shows the costs both characters have to endure to preserve the humanity Seiya is displaying.

Of course, SwordGai blows up the character work in episode 7 by going in a wildly different direction in episode 8, and by episode 9 we’re back to the disjointed dullness of the show.

There will almost certainly be more episodes of SwordGai in the future, partly because the season ends on what can generously be called a cliffhanger (it’s more like a “Well we’re out of time in this 22 minute episode” moment), and partly because of the joke about Netflix greenlighting everything in its quest for more original content. Perhaps as the rest of the story unfolds in season two, it will make sense why season one was twelve episodes of setup. For the moment though, it’s hard to recommend SwordGai to any anime fan.