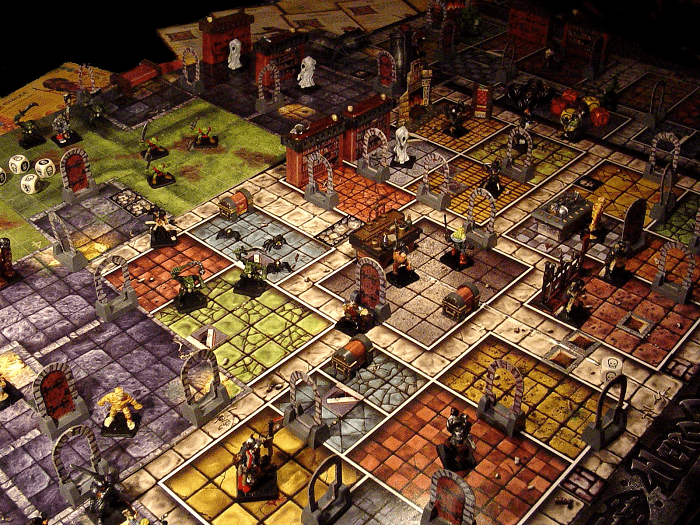 We’ve had some manifestos on here. We at Black Nerd Problems like to manifest. We’ve talked video games, and running, and a whole lot of just plain being Black while nerding. But no one has yet mentioned one of the original nerd hobbies — tabletop Role Playing Games. I’m talking about you and four of your besties, sitting up late at night, surrounded by paper and pencils, eating junk food and using an assortment of dice and books to pretend to defeat the Great Lich King. Yeah, that kind of role-playing. Role-playing gamers have a really bad reputation, and let me tell you, some of them deserve it. I’ve met my share of misogynistic, juvenile gamers. But I’m a role-playing gamer too. And here’s my claim to that title. I buy source books and spend way too much time considering character classes. I have enough dice that I could use them as part of a weight lifting regimen. The hobby has changed in the last 20 years; it is more diverse in every sense of the word and far more interesting. As a player and a Gamemaster, I’ve gleaned a few lessons to share.

Lesson #1: Who is running the game matters; check the Gamemaster’s credentials.

I played my first RPG when I was a sophomore in college. I went with my-then-boyfriend and another dorm mate. This was a big deal for me, I was off campus, about to try something none of my geek girl friends had even thought of . The Gamemaster, the guy running/organizing the game, was probably 40. Creepy. He had a table surrounded by 18-year-old white boys, and me, an unexpected guest. He clearly enjoyed playing Big Brother to all the boys. I was an aside. He ran an Advanced Dungeons & Dragons 2nd edition game (AD&D2e in the geek slang) in which we all got into a bar brawl and the boy players did things like roll to get the waitress to sleep with them. My friends and I left early.

Lesson #2: There’s nothing wrong with wanting to play a hero. It got better after that. I had a friend on campus, one I knew wanted to tell a good story, not just act out T&A fantasies. The game was Cyberpunk 2020 and we played it all through college. Cyberpunk was one of the first games set in an urban environment – no elves, dwarves, and such. I played a Black woman with a cybernetic arm. The other characters were an Iroquois warrior running guns for his reservation and a Hispanic hacker who had a thing for fast cars. Ok, so it was pretty heavy on acting out fantasies, but there were no bar brawls and no tits. We took down white supremacists and drug gangs and corporations with equal abandon. I was hooked.

Lesson #3: Try new games. Try them all. You’ll find something good or at least entertaining. As I moved around the country, I played a lot of games: Shadowrun, a D&D/Cyberpunk mash-up with magic and dragons co-existing with corporations and urban blight;Traveller, a space-faring game of the far future with more rules than sense; a home-brewed version of Champions mashed with Heroes Unlimited, we were the best bunch of superheroes that Marvel never invented; and Legend of the Five Rings 1e, set in a mystical samurai-era Japan. Each of them had their highs and lows, but mostly I passed a lot of time for very little money, and I made a lot of friends across the RPG table.

Lesson #4: Run your own game with your own people. Up until this point, I’d played with plenty of other Black men, but only a smattering of women of any race. But as I asked around, I knew plenty of women who liked to play, they were just bored with the same old plots, with the bad armor choices, with having to explain themselves to their male fellow gamers. So I found a bare-bones rules system and ran my own game in a setting we all agreed on. We women broke all the gaming stereotypes out there. No Doritos; cheese and fruit plate was mandatory. No Mountain Dew; Chianti or Chardonnay, and don’t even come in here with that White Zin. There were no princesses to save and no bar wenches to romance. We saved the world once a week and had fun doing it. If there’s a Game Hall of Fame somewhere — that combination of me creating, my friends playing with equal parts class and passion, and the wine flowing freely – that game deserves to be in it.

The world of tabletop RPGs is very different than when I started. Now you can run a game without dice, or without a Gamemaster at all. Settings for games abound. You can pick something, download it, get your friends together, and go. No book. No charts. Nothing. Believe me, after you’ve dragged through a game where just calculating damage took four pages of charts, these new games are AMAZING. Best of all, now there are People of Color out there creating their own games. Games set in cities we know and countries we want to go to and that have rule sets that don’t rely on “race” or other out-moded gaming concepts to run. I’m exploring these new games, PDF by PDF, Kickstarter by Kickstarter. And I’m going to preview some of them for you. Hit me here or on Twitter if you have any recommendations!