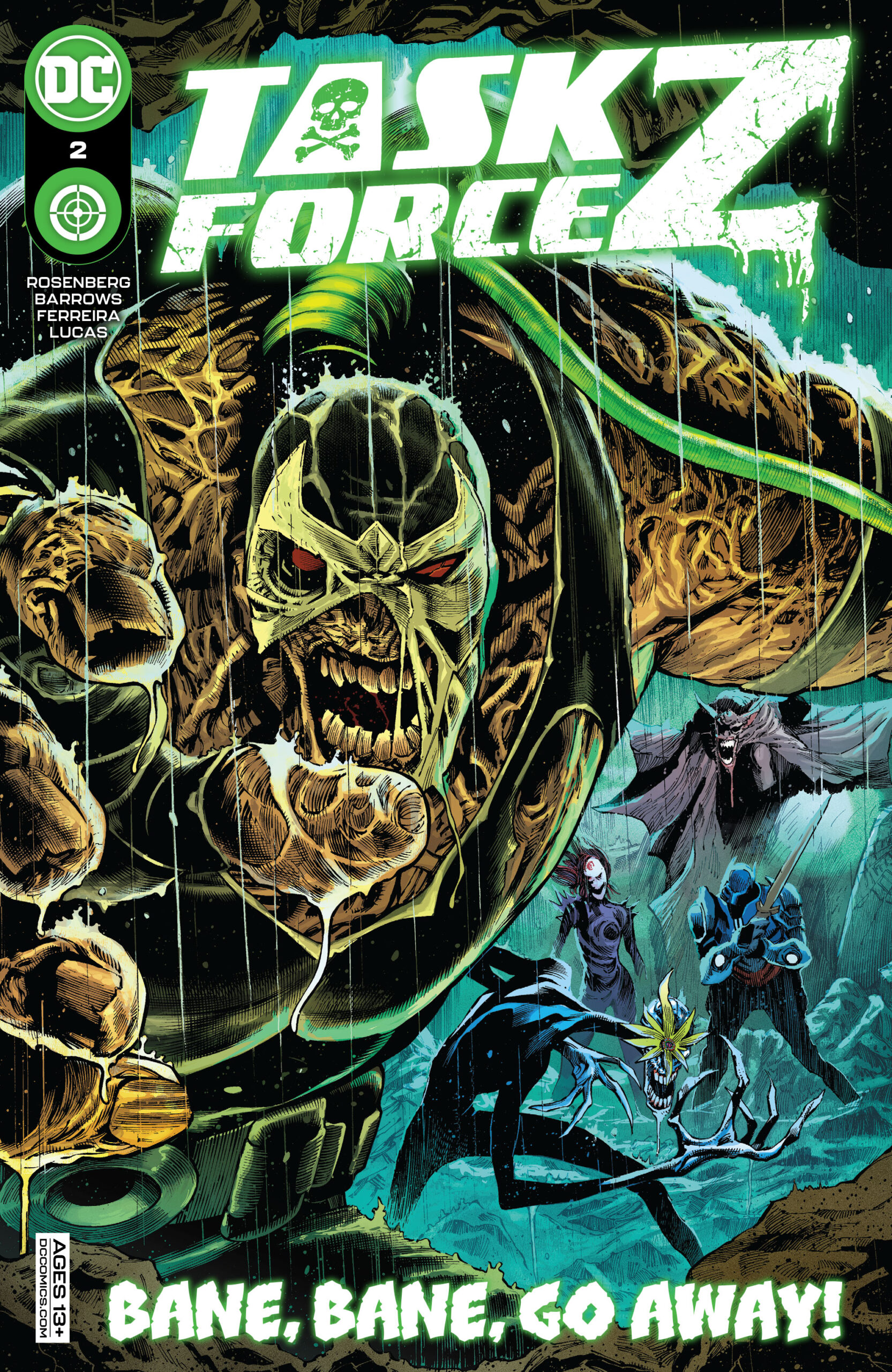 The premise for Task Force Z is absolutely insane. But it also works really well. In this 12-issue series, we follow a team of undead supervillains atoning for their sins after death…without their consent.

That’s right. We are bringing back dead bad guys, using them as weapons to do our dirty deeds, and the best part is if they die on the job, we can just bring them back again. That’s crazy, but it’s a premise that yields unlimited opportunities.

If you fight for Task Force X aka the Suicide Squad, you risk your life to get years off your sentence. But now there’s a new wrinkle on that risk. If you die on one of those missions, your undead husk, which still has remnants of your soul, might be used to continue to fight for pencil-pushing bureaucrats in death. What an absolute nightmare for them, and a reason for me to cozy up with a bowl of popcorn and see it all unfold.

The team is led by one living soul, Red Hood. And it features the zombified remains of Man-Bat, BaneArkham Knight, Sundowner, and Mr. Bloom. Actually, Mr. Bloom isn’t dead either. He’s just out there vibing. What a weirdo.

Red Hood is there against his will, as is basically any member of a Task Force team, and he has to navigate leading this wild team of dead people with limited answers as to why they need him or what their objective is.

The zombie villains are reanimated by Lazarus resin, from Ra’s Al Ghoul’s Lazarus Pit. It’s something that they have to take on a consistent basis or they will completely devolve into brain-hungry monsters and kill and eat anything in their path. When they’re juiced up on the resin, however, they’re pretty chill. If you can get past them being dead and all.

Task Force Z #2 follows the team as they storm a Kobra Cult meeting and are attacked by their followers while they search for a new undead member to join the team. Red Hood has to navigate his superior’s continual denial to let him on on their overall objectives. But he does seem to be learning more about his teammates, who he initially didn’t respect. But he’s now starting to humanize them more as the resin brings more and more of their original selves back each time.

Major shoutout to Barrows, Ferreira, and Lucas on the art and colors for this book. They are killing it in the spooky department. It must be so fun. They even get to play with death in different stages as well. Sometimes the characters are more skin and bones, and other times, they’re mid-decay. It’s truly dope to see.

If you want spooky zombies and superhero aesthetics, this book is probably for you. Give it a try next time you hit up your local comic shop.