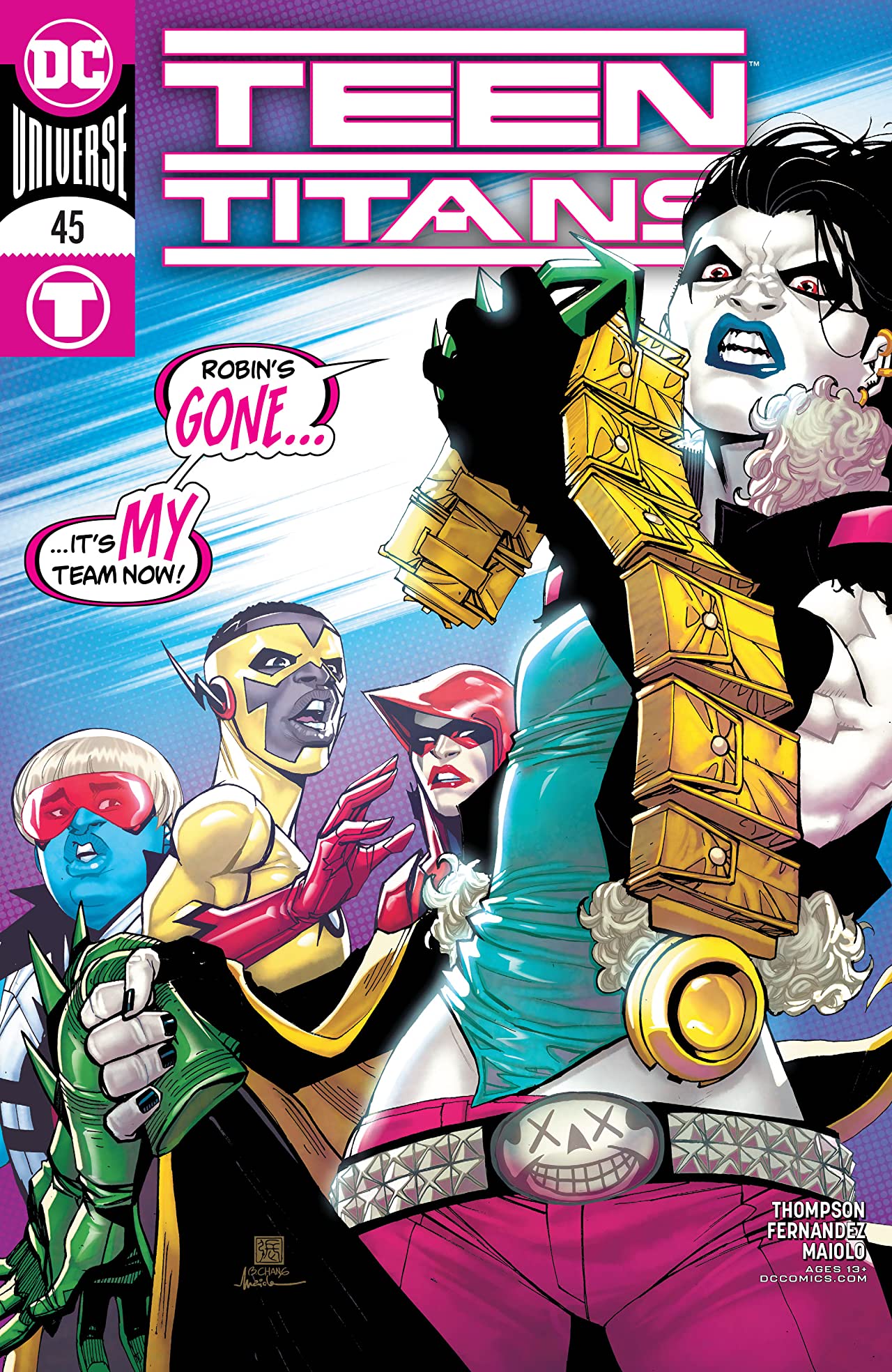 I had no intention of covering three books that focus on or heavily feature members of the Bat-family this week, but when you take a look at the handful of titles DC released I didn’t have much choice.

But picking up issue #45 of Teen Titans was definitely an attempt at mixing things up. How was I to know the entire story hinged on the group trying to track down Damian Wayne f.k.a. Robin?

Anyway, the issue starts off with one of my favorite members of the Teen Titans going through some deep introspection on the group’s huge mistake of holding villains captive and messing with their brains after Batman let them know just how bad they messed up. (Why did he have to do that? No idea…)

We then see the disbanded former Teen Titans come together as they’re on the trail of the same villains they held hostage who are out for (somewhat understandable) revenge.

We get interesting character dynamics as Wally West and Red Arrow get their “will-they, won’t-they?” on and Crash and Roundhouse play good cop, bad cop.

But some of my favorite moments came at the expense of Tim Drake openly being referred to as “everyone’s fourth favorite Robin,” and Roundhouse having the most clarity out of anyone in the entire book.