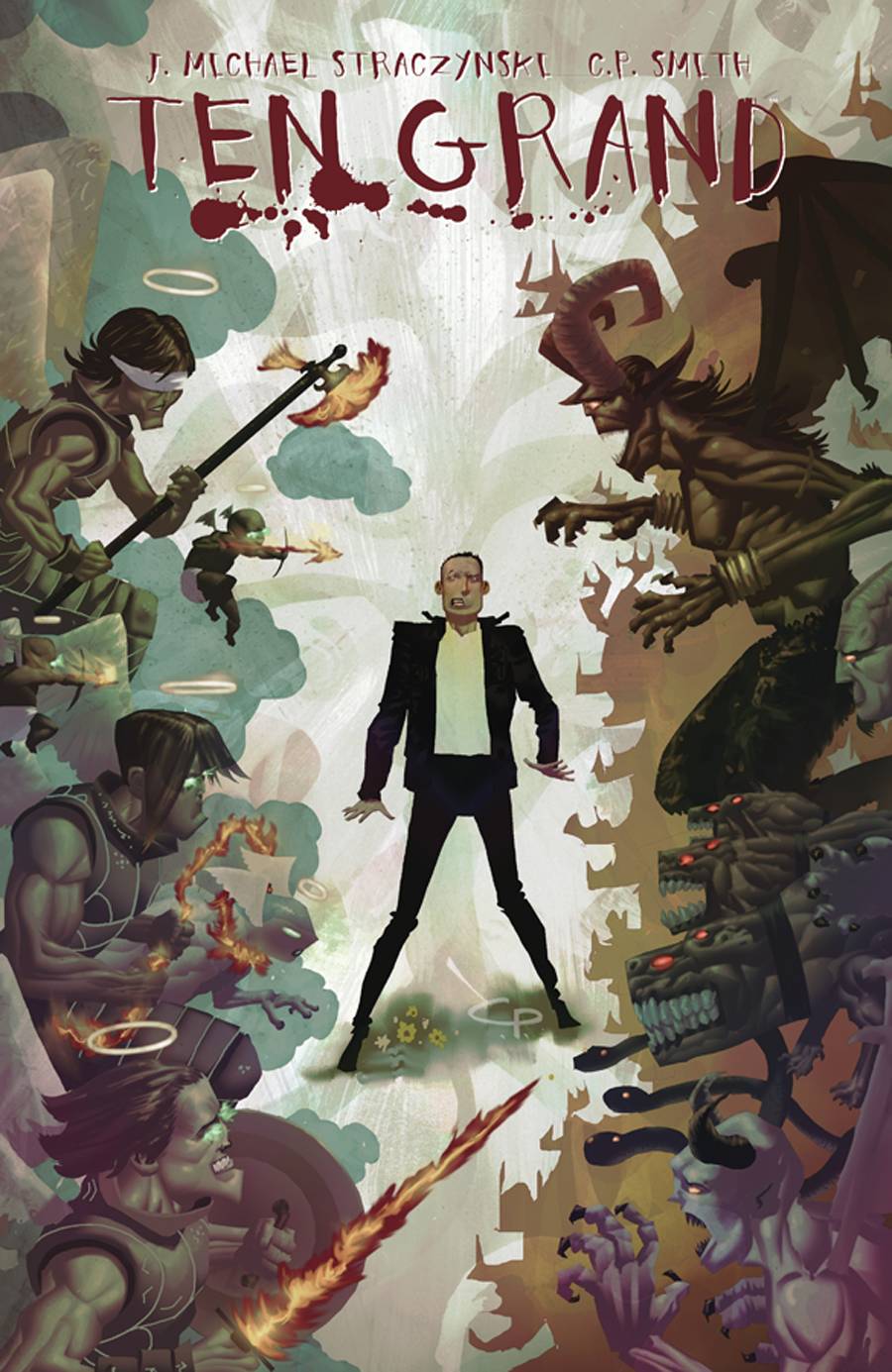 When last we left Joe Fitzgerald he was given the impossible do or die (for reals this time) choice of being the Trojan Horse for Hell. Smuggling in a billion demons into heaven to wage war on the gates. Anyone else in this position would be shitting Smucker’s jam in their pants, but not ya boy Joey Fitz. The best part of this issue is the opening monologue on how to destroy your enemies. Straczynski displays that Joe isn’t just a hired gun / button man, not just a con man, not just a secretive man but a fucking cunning and very smart man. I was waiting to see how Straczynski would turn this whole situation and I can say it was a turn on it’s head that I did not see coming.

Smith’s artwork comes across as blocky in this issue. The drawing still feels surreal but I preferred the style of Ben Templesmith’s art from the debut of the series. He has a unique way of displaying the emotion of Joe mostly this issue as it comes off a bit exaggerated and over the top but all things considered (you and hell and the love of your life’s eternity is on the line) I can understand it.

We’re almost done with the first Arc and things are as good as they ever been. I felt issue 9 was predictable to a degree, I did not feel that way about issue 10. Again, that twist doooooe. Fitzgerald is like Image’s Constantine (but more like-able) at this point and I am interested in what else Straczynski has in store for the #1 Button Man.