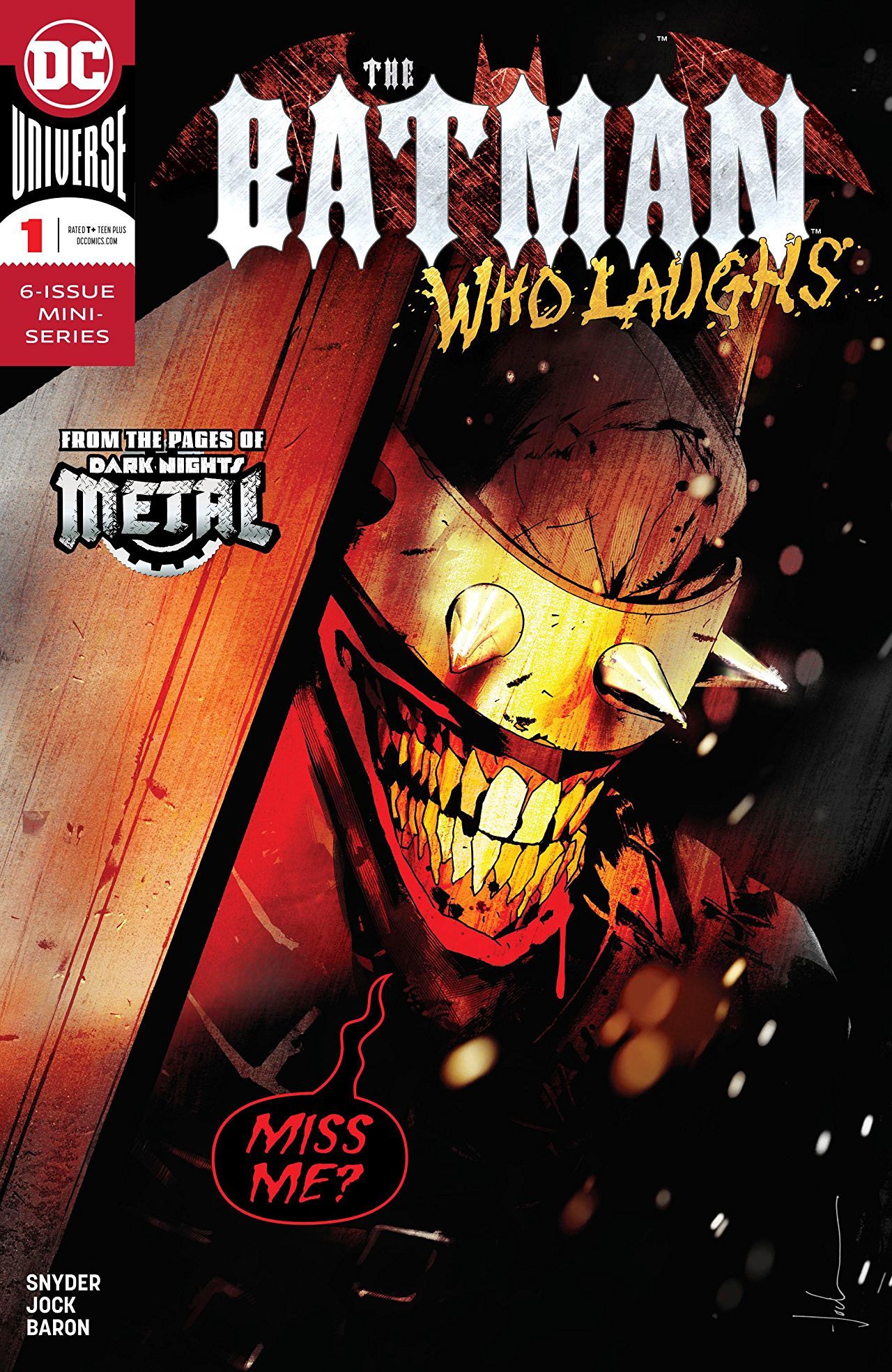 Good comedians know how to tell a joke in a way that calls back to the setup so seamlessly that we almost feel dumb for not being able to follow the breadcrumbs. The journey to that moment isn’t always a straight line. Often times, the comedian tries to string together two to three seemingly random things that wind up being connected to the punchline in the end. That’s why we get so enamored. Like, how did they connect that to that?

The Batman Who Laughs is the six-issue mini-series we’ve all been waiting for. It reunites Scott Snyder with the Caped Crusader featuring art from the incomparable Jock in a story that seems to be a strong set up for a twisted joke.

This is the first time we’re gonna directly address what’s been going on with the blended version of the Batman and Joker after his introduction in Dark Nights: Metal, and brief appearances in Justice League. And the series promises to deliver some of the darkest and most personal moments that Bruce has ever dealt with. We’ve gotten a few in this first issue, and let me tell you, when those moments hit—you feel them in your soul.

Laughs is already shaping up to be one of Bruce’s greatest adversaries. As he put it in issue one “He’s led my life, has my training, has my memories, my mind… but he’s me free from codes, morals, heart black as the Joker’s.” A Batman without morals is still Batman. He’s gotta have a plan, but like a great joke, I haven’t the slightest clue where this is all headed yet. However, I can guarantee that every inch of every page has a thread that leads to some answers. And when it’s all said and done, our mouths will collectively drop. 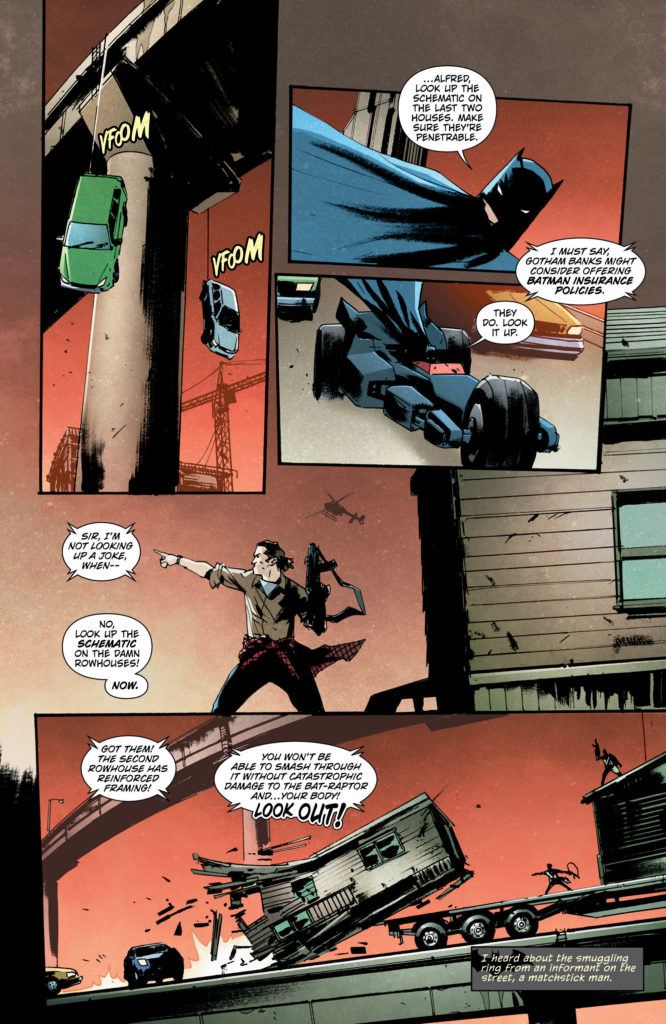 There’s so much to unpack after just one issue, but the one thing I want to choose to focus on is the nature of doubles, and to a larger extent, other versions of ourselves. This series looks like it’s gonna take a deep dive into the power of choice. We have different versions of a few of our characters, and they all seem to be born off of a single very important decision. There’s The Batman Who Laughs, born from Bruce snapping the Joker’s neck. Then there’s John Doe Bruce, a version of Bruce that seemingly retired after Bane broke his back. He led a happy life with a family, while choosing to serve his community through more pragmatic avenues. And then finally, we have The Grim Knight, or NRA Batman as I like to call him. We know the least about him, but what we do know is this dude likes guns. I wonder why? Other than the little context clues that we’ve gotten so far, we still don’t know who these doppelgangers are yet. We don’t even know the Batman Who Laughs all that much either. But the one constant, however, is that they are so different from each other because of the fundamental choices that they’ve made. I’m excited to see this theme explored more as the series progresses.

Snyder and Jock convey a quiet intensity that leaves you unsettled well after you’ve finished reading. Few times do I have audible reactions while reading a comic book, but while reading this first issue, I gasped or winced more than once. That’s how you know you’ve got something special on your hands. Something you know they’re gonna be talking about for years to come. Who knows, when it’s all said and done, it might be up there as one of the best Batman stories of all time… but we’ve still got five issues until we get to the punchline.

10 Bruce Wayne Doppelgangers out of 10

Enjoy The Batman who Laughs? Check out BNP’s other reviews here.