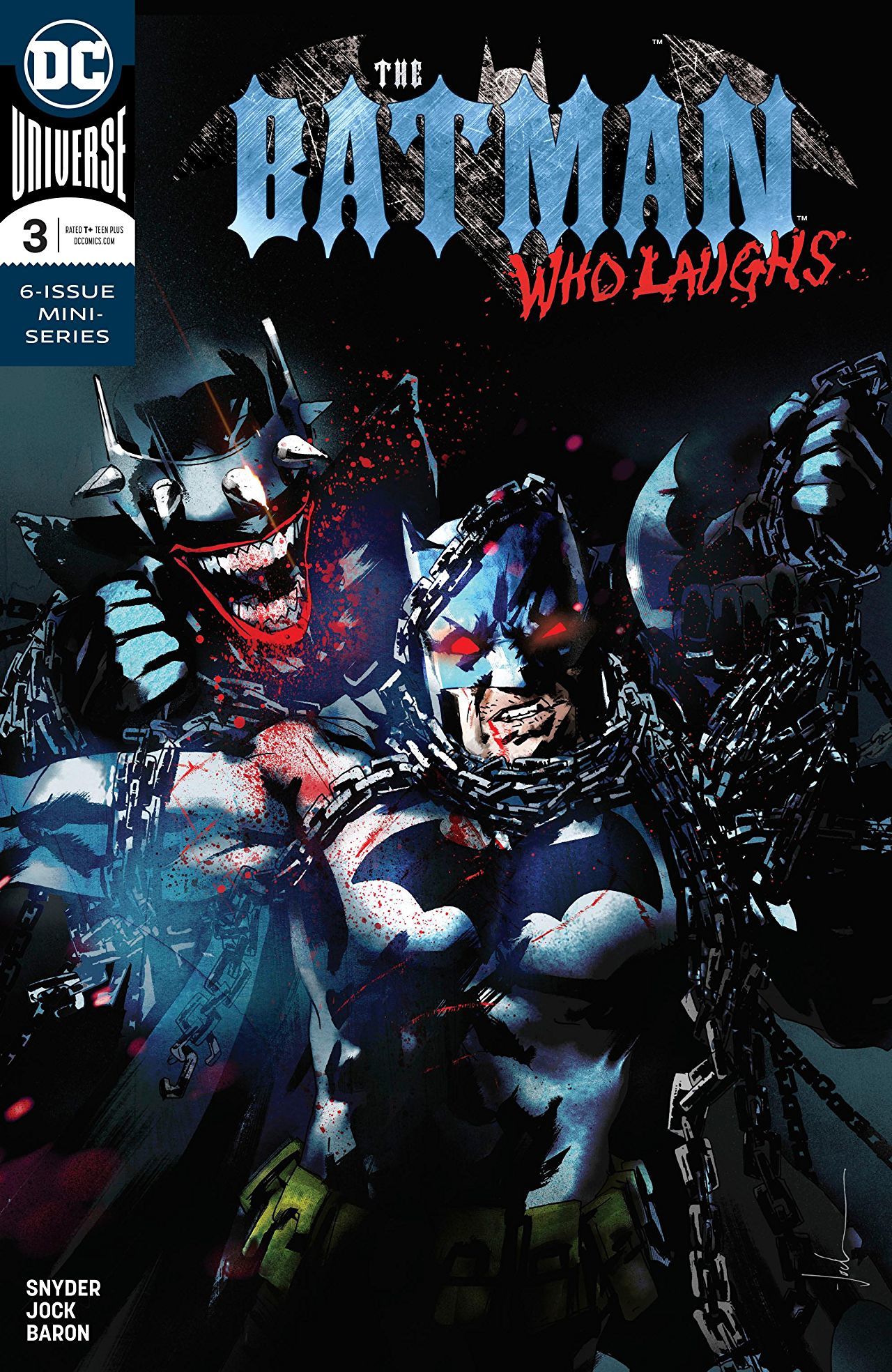 It’s the halfway point of this miniseries, and everything is getting worse (in the best way). Batman will obviously make it out alive, but Snyder doesn’t let that certainty get in the way of genuine stakes and hurdles that need to be overcome. I honestly can’t see a light at the end of the tunnel for Bruce but seeing him find that glimmer in the abyss of darkness is gonna be incredible.

This issue is completely devoid of hope. All the rules have been set up, and most of The Batman Who Laughs’ motives have been revealed. This was the issue that the Caped Crusader would put together some type of contingency plan and set it into motion, so he can take down Laughs in some penultimate moment in the last issue. Only that didn’t happen. There was a plan, but it failed. And it seemed like that was all Bruce had going for him. Without it, he’s lost. Out of all the Batman stories centered on tragedy (there are many), this defeat felt like the heaviest burden on Bruce’s shoulders. And this is only the first half of the story! This man’s soul has been tortured for years. He’s lost sidekicks, he’s had his back broken, he’s even died himself, but it’s this loss that feels the hardest. Maybe because he’s fighting himself. Literally and figuratively. 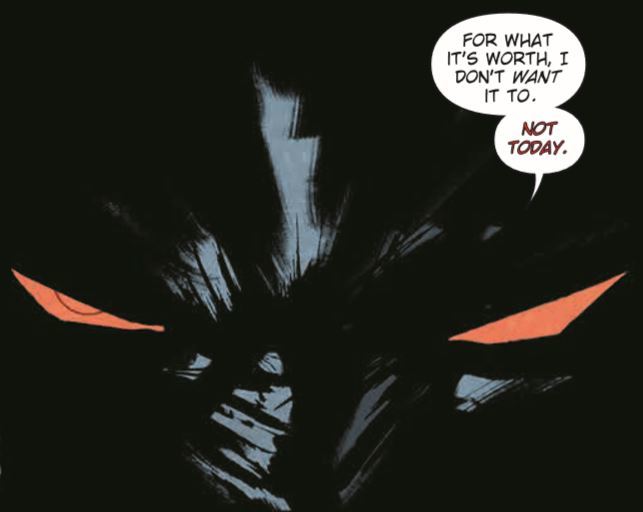 Everything about this book is tied to winning. It’s the most prevalent theme. It almost seems like that’s the only thing driving Batman at this point. He’s up against the ropes, and all he can do is swing. It’s not about justice or vengeance. It’s about survival. This is Bruce vs. Bruce, and homie absolutely needs to win. Viewing this as a competition might be the only way that he can prevail.

As Jock did last issue, his portrayal of Batman’s descent into darkness as the Joker venom slowly takes over his body is creepy to say the least. It’s all shadow and shading working in tandem with our minds. Jock only needs to do so much on the page, and we fill in the rest. This is a great technique that really conveys the themes of the book in a way that make it feel more tangible. As the audience, we feel that same uncertainty that Batman is feeling because so much is hidden from us visually. And as a plus, allowing us to use our imagination on what lies behind those shadows might result in us creating something far more horrific in our heads.

An off-kilter Batman hell-bent on winning hatches a half-baked plan to end the madness. But when it goes awry, it only solidifies that he’s gonna have to play by a different set of rules if he’s gonna win this one. Don’t read this before your date on Valentine’s Day because it will eat your soul, and you’re gonna need that if you want a second date.