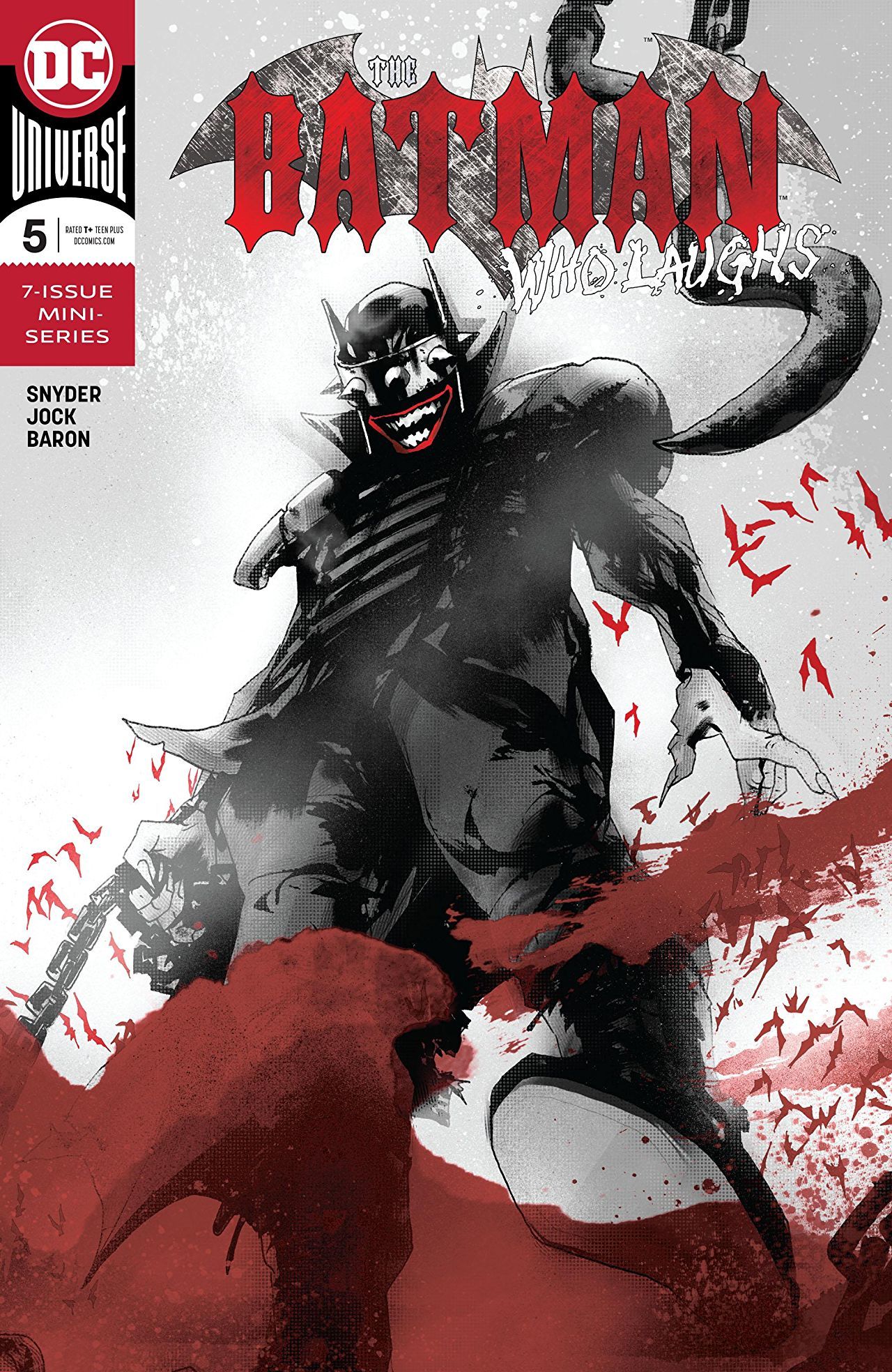 In case you haven’t heard, The Batman Who Laughs is getting a seventh issue. So that means more mayhem, more bloodshot eyed Batman, and more dead Bruce Waynes from across the multiverse.

Snyder is a master at crafting a grand narrative. But what I’m always impressed with is his ability to strengthen the integrity of single issues by providing us with a hook that he always comes back to toward the end of the issue when it has renewed meaning for the characters and the audience alike. The one used in this issue was easily one of my favorites from this series.

It opens up with a hand in the rain holding a gold token for public transportation. It’s accompanied by narration from Bruce as he details a memory he has of his dad. He then lays out how the token had a fixed fare rate no matter how short or long your trip was going to be. This meant that anyone could go anywhere, and your destination wasn’t predicated off of how much money you could spend. It was a simple gesture that went a long way in terms of making people feel equal in the city of Gotham. And it was a beautiful sentiment to how Thomas Wayne saw his beloved city. It’s everything the city stands for in the form of a token. 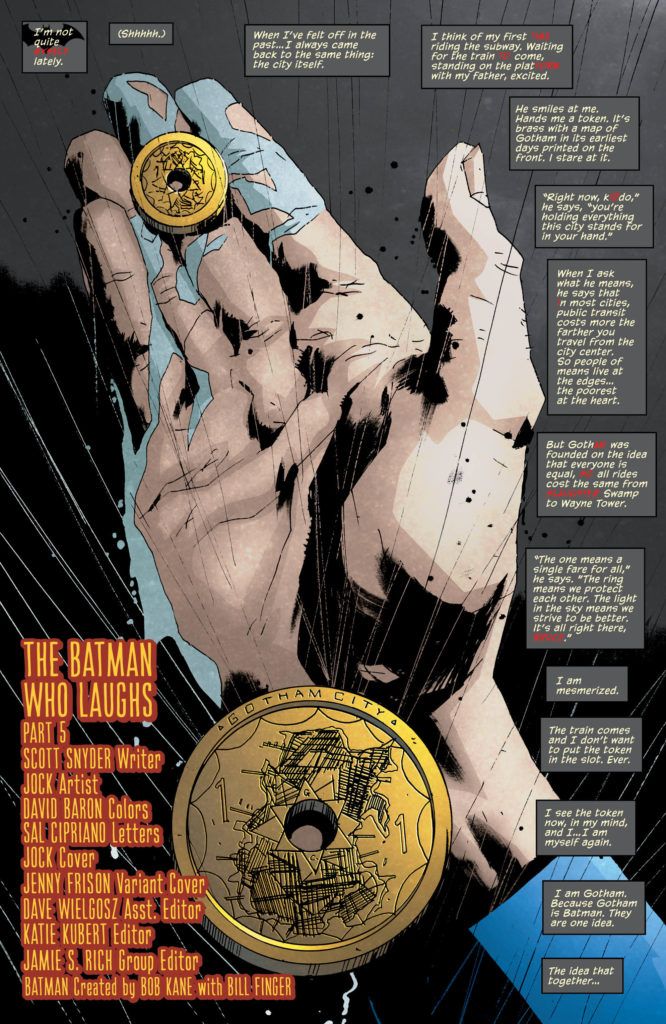 It’s not hard to understand how this could have had a profound effect on Bruce as a child. It’s basically driving his desire at this point. It all comes back around at the end of the issue as The Batman Who Laughs details that he has this same memory with his father, and he tries to use that as a way to skew Bruce’s memory of the sentiment so that he can complete his transition into another version of The Batman Who Laughs.

The thing that warmed your heart at the beginning of the issue has now created a pit in your stomach. And it’s all because of Bruce and Laughs’ shared experiences. It’s brilliant how Snyder is able to do this on an issue to issue basis. It really makes each one stand on their own.

Another sign of brilliance is the lettering. Last issue, I did a deep dive on how Sal Cipriano is doing a fantastic job of making these words feel so much deeper in their design. But something I noticed this issue that I haven’t noticed prior is that as Batman descends into this dark version of himself, his sane font, and his psycho font are almost working in sync. Before, you’d see one or the other, or one bleeding into the other. But this time around, both fonts would share a single sentence, bouncing back and forth between each other in a way that felt more like a compromise than a battle for control. It could be because as Batman slowly turns into The Batman Who Laughs, he’s becoming more and more comfortable with it. That’s a scary thing to think about, but an incredibly thoughtful thing to convey in the lettering. Everything about this book is driven by craft. It’s an inspiration from cover to cover.

The Batman Who Laughs #5 puts Batman against one of the toughest walls ever built. What opens as an issue with a glimmer of hope, eventually turns into one of the darkest cliffhangers in recent memory.

9 Gotham City Train Tokens out of 10