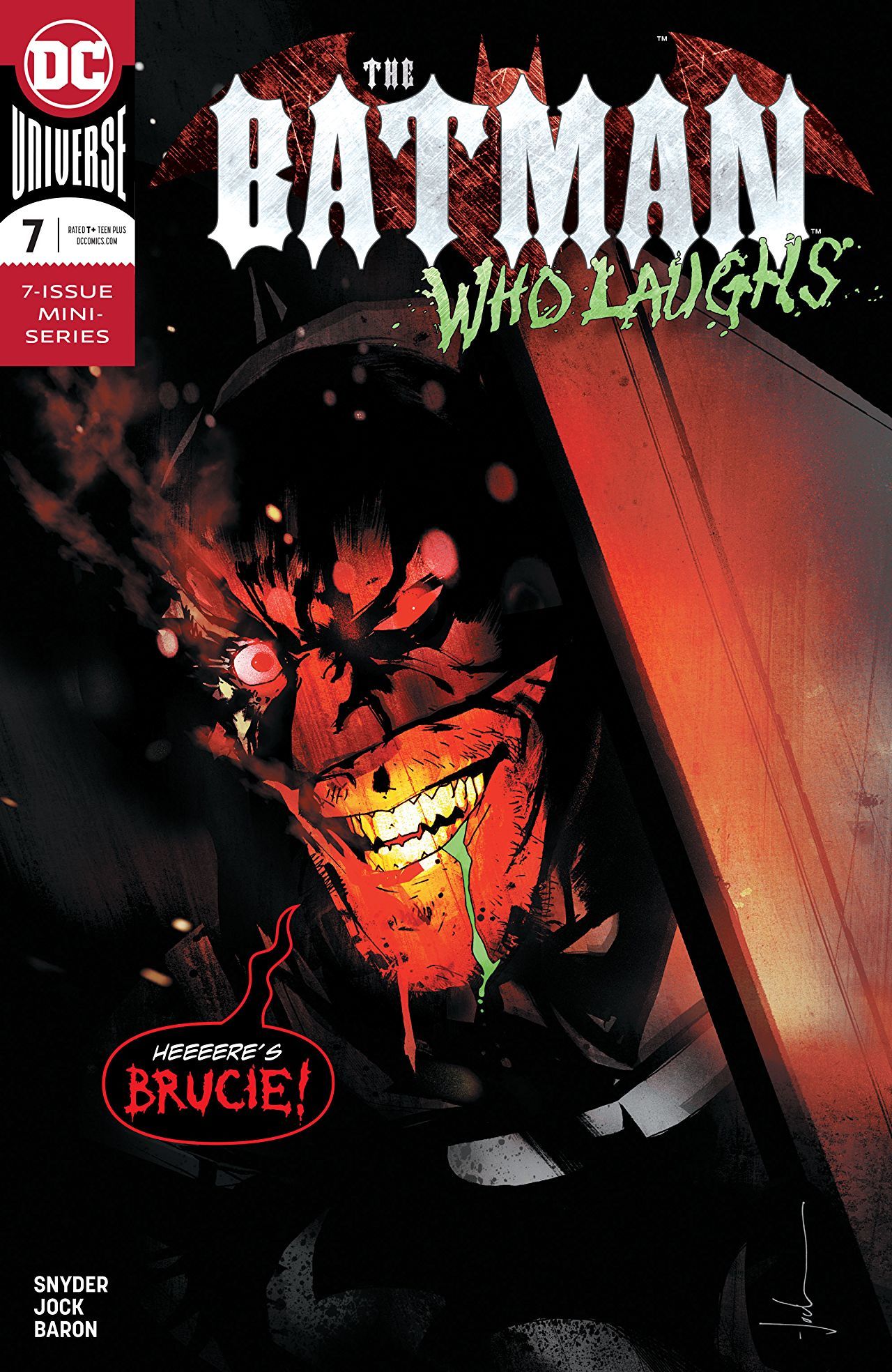 The finale to The Batman Who Laughs is finally here. But before we get into any praise, reactions or hyped up analogies, we gotta go off about this cover!!

I’ve gotta be honest… covers aren’t usually my thing. I know that sounds crazy when you take into consideration how much of a visual medium comics are. It’s the one place “you can’t judge a book by its cover” doesn’t always apply. I guess at the very least, I’m indifferent when it comes to covers. When there are bad ones, it definitely changes my idea of the book, but other than that I’m chillin’.

This cover stood out to me not because of its artistic integrity (though it is dope as hell. Shout out to Jock), but because of its reference to The Shining. Obviously, the two stories are very different, but it’s a nice nod to a classic that instantly sets you up for what’s to come within the pages of the comic.

Now for the meat! This series quickly established that it was a story about winning. The Batman Who Laughs wanted to win. Bruce needed to win. Set the motivations aside, this was about a dub. And pretty much this whole time, Laughs was ahead. But Bruce came in in the clutch like Kawhi Leonard in the 2019 Playoffs. And the way he did it is still blowing my mind. 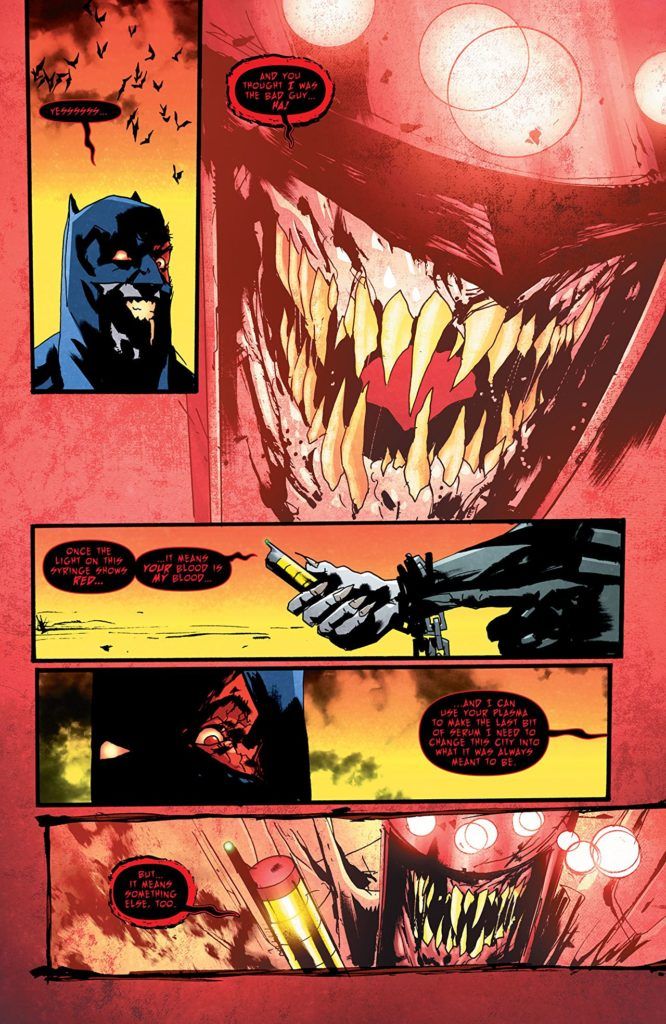 Batman beat his twisted counterpart not by digging into himself and finding the inner strength he’d need to get the job done, not by trying to be Michael Jordan vs. any team in the Finals ever, but by accepting his role– by accepting that he’s lowkey trash.

The Batman Who Laughs’ goal was to prove to Bruce that he’s the worst Batman. That’s why he was plucking out better versions of Bruce from the multiverse that were more successful, more distinguished, and happier. It was supposed to be a slap in the face, and initially, it was. In the end, Batman had to come to terms with that Laughs was right. He is the worst Batman. But he’s the only Batman that this universe has. So, that’s gonna have to be enough.

I don’t think y’all understand what just happened here. The Batman Who Laughs just basically told Batman that he wasn’t Kobe, he was actually Smush Parker. And Bruce was like “Damn, you’re right.” And he STILL thwarted The Batman Who Laughs and his plan to gas the entire city with a toxin that’ll turn them into the darkest version of themselves. Did the real Smush Parker ever come in clutch like this?! I don’t think so.

I don’t know what it says about Batman that he’s the worst one in all the multiverse, and he can still catch hands better than all of us combined. But I do know that it was an interesting look at the character, and an appreciated one at that. There’s such an abundance of Batman in our world. He’s glorified so much because he’s a human, like us, and he can still keep up with the aliens, gods, and enhanced beings. He’s our proxy. But he’s definitely oversaturated. And even he can, at times, feel as overpowered as the best of ’em. So seeing him accept his role at the end of the bench of the multiverse of Batmen really put things in a unique light for the character.

In The Batman Who Laughs finale, Bruce has to accept that he’s trash and bad at his job in order to stop his evil counterpart from turning the entire city into hateful human beings. He’s the worst Batman, but that just makes him the best one for the job.

10 Benchwarming Batmen out of 10