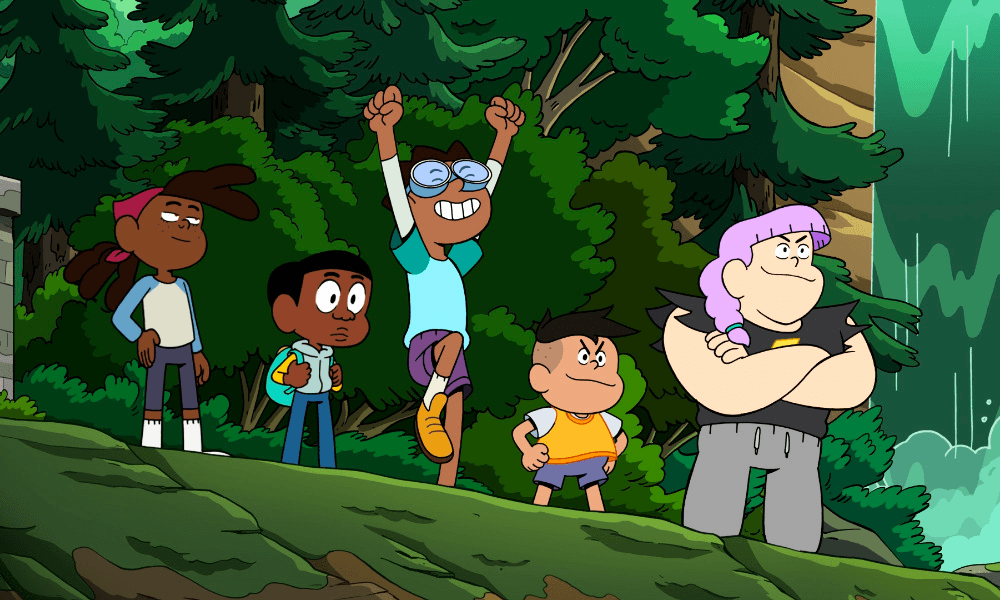 Since 2018, any time you have seen me get on this site and mention Craig of the Creek, you know I’m about to tell you bout an episode where they not only understood the assignment but handed in extra credit as well. ‘The Champion’s Hike’ is another notch in the belt for Craig of the Creek as an episode that does not miss. What I’ve always loved about Craig of the Creek is the long game they play. The show focuses on character development extremely well. We also see a rotation of which kid from the creek gets highlighted. This episode is no different as we get a closer look at the former Champions of King Xavier. Aggie, Keun-sup, and Maya sit at the center of the episode, but it’s Jackie who steals it entirely.

An interesting thing about Craig of the Creek is how characters are handled when they become someone else. We saw this with Omar no longer having to dawn the Green Poncho. He is now just Omar but letting go of the routine of the Green Poncho wasn’t easy, but he has. We’ve seen glimpses of the former champions of the king post-capture the flag war. This is the first time we’re seeing all the champions hanging out together as former champions now. We get to explore who these characters are outside of their old roles.

“The Champion’s Hike” episode centers around Craig trying to fit in among his former enemies turned friends and Maya being the one to let him know that it’s okay to just be himself. The other portion of this story is how we get to see African American Sign language on screen via Jackie who is deaf. We see Jackie’s father communicating with him prior to the group leaving. We also see Keun-Sup signing communicating to Jackie with ASL as well. Not only do we get to see African American Sign Language, but this episode gives us sign language conversation between two characters of color. We also see Craig learning more ASL and remembering what he’s learned prior from Keun in order to interact with Jackie. Craig of the Creek really be out here thinking of everything man.

There is an artist touch used here as well where we know what is being said of the conversation only by how Keun reacts verbally to what Jackie is saying. We viewers who aren’t versed in ASL won’t understand what’s being said (like the conversation between Jackie and his father) However, that’s fine because it’s not for us. There was an issue of Hawkeye (Hawkeye #19 [2014]). The issue had Hawkeye, Clint Barton, receiving an injury that made him deaf again. We see his brother Barney signing to him, but there is no caption for those not familiar with ASL, which was an intended choice. I appreciate the creators “The Champion’s Hike” episode making the same choice for their audience as well. There’s something that makes it even more authentic.

I’ve been saying this since 2018, but you’re going to love what them creek kids are getting up to over at Craig of the Creek. They’re putting up new episodes along with top tier substance. It’s really not getting any better than this MVP cartoon over on Cartoon Network.