Even before I was a big comic book fan, I was a big Wonder Woman fan in junior high school. One day, some promotion was going on where they were giving away some Wonder Woman stuff. Posters, stickers, etc (our school probably pimped themselves out to DC for a week as I remember Princess Diana pencils boxes and Golden Lasso of Truth spaghetti being served at lunch). There were posters being handed out while we sat for lunch when they reached our table, a lot of the kids acted too cool for school (including myself) like we were scared to admit that we wanted a giant Diana Prince watching over us while we slept. Then the person handing them out said, “Well, you’re all boys at this table, so you can’t have them anyway.” Immediately, I was indignant, “The *$%# you mean I can’t have a Wonder Woman poster!” Make no mistake, this had nothing to do with gender politics or any blossoming feminism on my part, more so my privilege of being upset about being told I couldn’t have something. I also realized I was the only person that was raising a fuss about this and therefore outed myself as a closeted Wonder Woman lover. Ehh, I’ve been labeled far worse.

20+ years later, I had a similar feeling to the news that the show Luther may or may not be remade for the United States. Now, for those unfamiliar, Luther is a BBC show starring one of the most popular actors in the world right now, Idris Elba. The show has run for three seasons with the fourth being filmed as we speak. In the show, Elba stars as John Luther, the brilliant, yet manic police inspector that works in the Serious and Serial Crime Division. I.E. they go after the really smart and dangerous criminals. The show is great, Elba in the titular role is better than great and you can knock the show out on Netflix in a weekend because there are only fourteen episodes in its existence.

Right around the time season three was being shot, lot of different rumors began to swirl: Was Alice going to get a spin-off? Was this the last season? Is there a movie coming out? Maybe. Yes. Refer to answer #2 (they are shooting a two part series ender, though if this is called season Four or not is hard to nail down). You know what I didn’t see coming? Would Luther be reborn as an American drama? But seriously, how did I NOT see that? The United States’ leading imports are illegal cigars, music everyone pretends they like and British television shows. So one of my favorite shows was now coming to the States (a tactic that has a very low success rate outside of The Office, by the way) and unlike Low Winter Sun or Gracepoint (Broadchurch), Elba wasn’t going to actually be in it, he was just producing. Yeah…I gotta go…return some video tapes or something. This blasphemous proposal fell off my radar for a while until word popped up that the plans for Fox (oh God, it was Fox, too!?) was halting their plans because they couldn’t find an actor to their liking. All of a sudden, I went from “this is a really bad idea” to, “the hell you mean I can’t have a Wonder Woman poster!” Sorry, flashbacks.

On one side, if we are being honest, do we have a Black North American actor that is the caliber of Idris Elba to follow him into a role he complete owned? Well, under the age of 50? Probably not. Though, this seems like a unique stumbling block for network TV that could usually care less about the acting talent they lead shows with (SHAAAAADDDEEE). But the other side is, “What you trying to say about our Black actors, yo?” The usual suspects as far as young to middle aged Black men have either auditioned for the role or been rumored as possible stars for the show, the most infamous of course being Marlon Wayans. At this point, they could tell me that Marlon Wayans ALMOST got the Harley Quinn role in the new Suicide Squad film with some legendary audition tape and I’d probably believe it. Even if these guys seem like uninspired choices to me on most days, I still find it hard to believe that Fox didn’t greenlight one of them before making this kind of announcement. I guess the most entertaining version of this story is Idris sitting in a large throne-like-chair in his office while looking over the list of names and channeling Syrio Forel, “Not Today.” 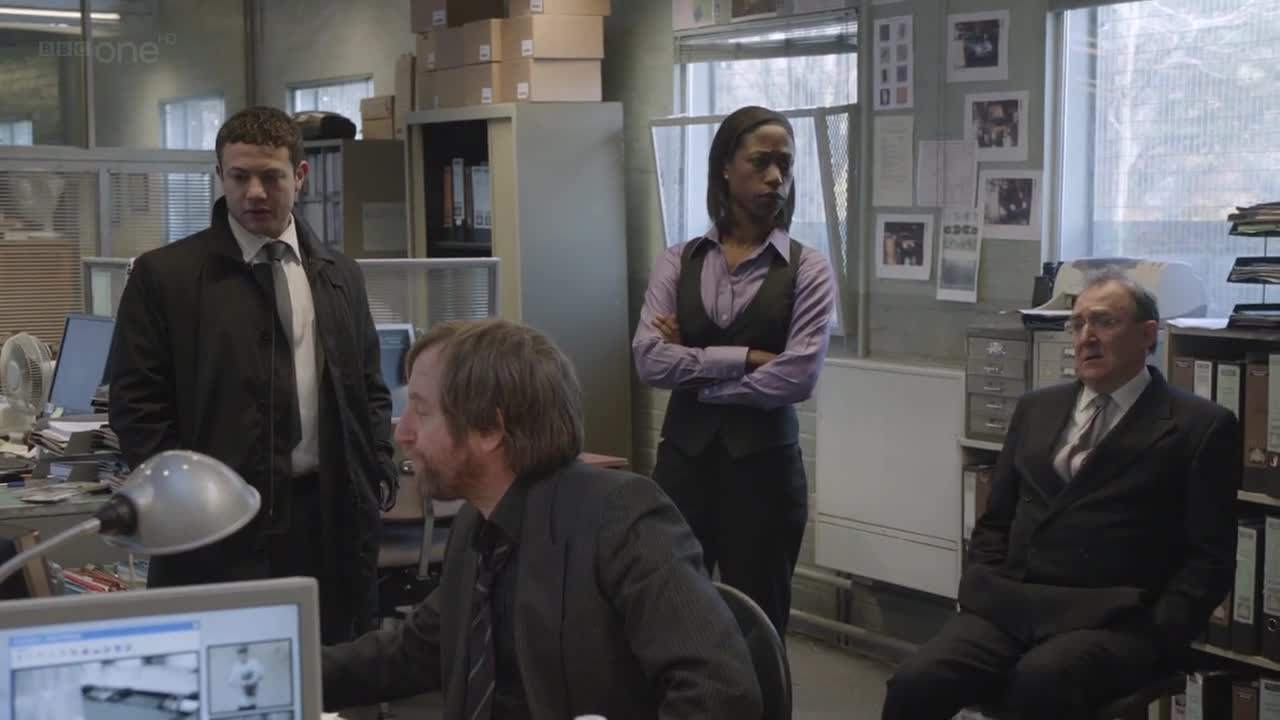 But there’s another interesting aspect of this story to me, something I never, ever, ever thought I’d say. How big of a deal is it if John Luther is Black? Now, on the surface, it is a big deal. Black man protagonist, lead character of a network show who is a brilliant detective? You don’t exactly have to wipe down your TV because we are drowning in those character portrayals. But it has made me look at John Luther as a character type: I’m not exactly sure that John Luther’s Blackness is overt. There’s almost no reference made to John’s race in Luther, there are no children, no visible family to reference. John’s relationships with women in the series include Alice (Ruth Wilson = white), his estranged wife Zoe (Indira Varma = Indian/Italian) and Mary (Sienna Guillory = white). The only other Black character on the show that appears as a regular is Nikki Amuka-Bird‘s DCI Erin Gray (though props to the great work from Lucian Msamati in a brief but important role in season 3). I’d be willing to bet that the original script created by Neil Cross wasn’t written with the protagonist being Black as much as Elba coming in for the audition and leaving them no choice or being written for Elba exclusively with no regard to the significance of his race. Which for the record, I’m not saying is a bad thing. There’s a fine line between representation and exploitation, but this is at the other end of the spectrum. I’m ok with a good story with a character that who is a POC without their race being explicitly to the story, every once in a while. American television and cinema have done that for decades (SHAAAAAADDDEEE, take 2).But it does beg the question: Does Luther change at all if the lead actor is of a different race? But we are talking about Elba, so good luck with that. Am I saying that the American version of Luther should consider a white actor? Fuck no. I’m sorry… that came out stronger than I intended. Thank God the thought of white washing this character hasn’t been entertained (publicly anyway). But would I boycott that version if John ended up being cast as an Asian-American or Latino-American actor? No. Or, gasp a Woman of Color? Joann (Jo) Luther? Contrary to what ABC Network tells you, there’s never enough Women of Color lead characters on TV and there still aren’t. If I had to guess, I’d say Fox throws a stupid amount of money at Idris, he stars in it, again, except this time for us American blokes, and the show ends up being 60% of what it is now. But don’t mind me, I’m sleep. I didn’t want this show in the first place… but not like I couldn’t be talked into it.