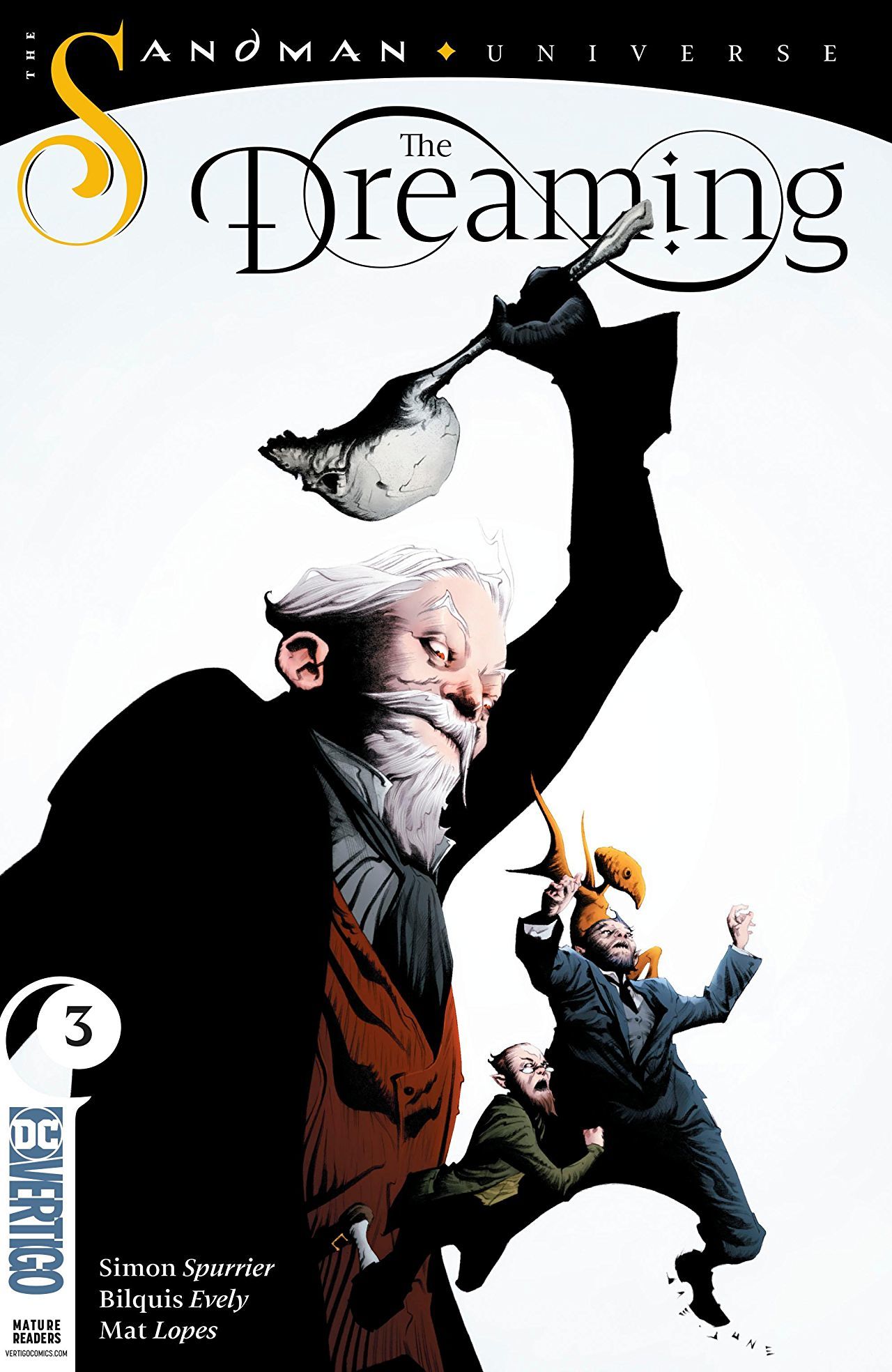 Much like how the original Sandman opened with the titular character’s absence, The Sandman Universe focuses on a world without dreams, without someone to craft dreams. Perhaps, it goes so far as to even mimic Neil Gaiman and taking a step back and having a new generation play with these stories. The timing remains strange, but the story remains poignant. The Dreaming is perhaps most in tune with the “Absence of Dream,” focusing on the cabaret of characters that exist within the Endless’ home and trying to find meaning in a world devoid of their leader and friend.

The Dreaming #1 and #2 had established Lucien as our main protagonist, desperately trying to keep his home alive in absence of its caretaker. However, during his journey he found himself in more and more dire circumstances which has resulted in him enlisting Judge Gallows, Nightmare of the Major Arcana, which is where #3 takes it’s subtitle from. 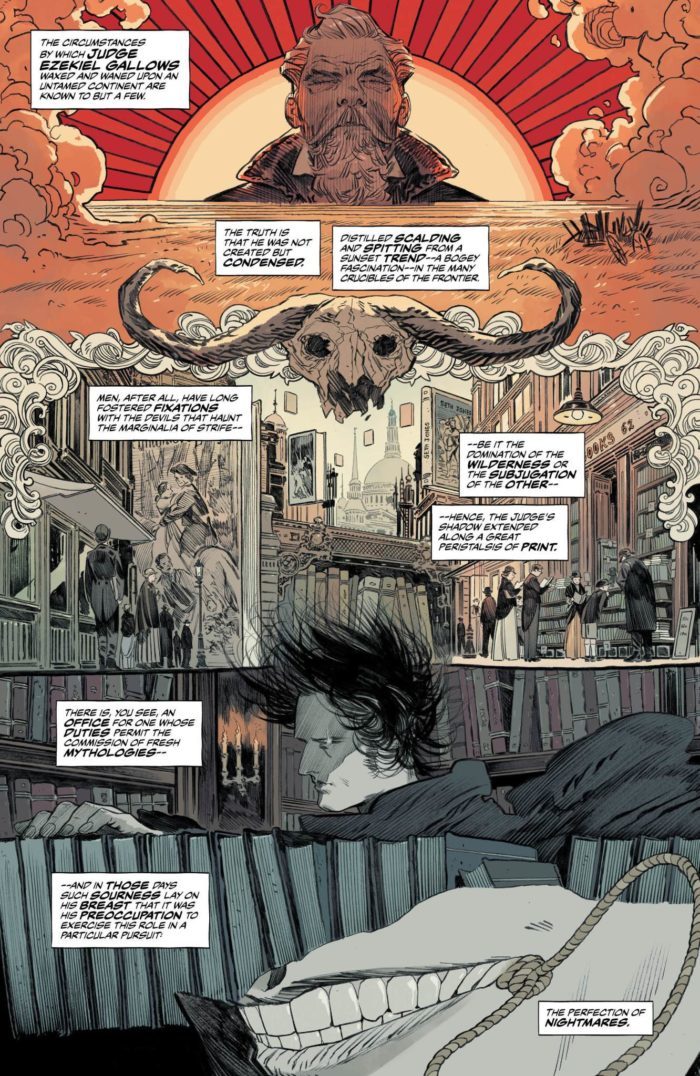 Judge Gallows’ backstory is utterly haunting. Spurrier’s incredible prose and Evely’s surreal artwork give an entire history of the character in a single two-page spread that sends chills straight to the bone. Furthermore, it ends with one of the most poetic descriptions of the sudden moment of waking up from a nightmare to be greeted by a cold sweat and short breath. It’s truly an indication that this world is good hands.

Lucien and Gallows have a strange power dynamic, and the rest of the issue unfolds as an examination of traditional values and modernity. Lucien, despite his bookish attire, is one of a more recent world and is more open to various views. Gallows is a byproduct of horrid time in history and is clinging onto it. Lucien’s willingness to work with Gallows merely shows how desperately he truly is.

The Dreaming #3 is a story that fundamentally changes the status quo of the greater universe. It presents an oddly familiar allegory, and proves that Spurrier can capture the sense of epic storytelling, and Evely can manifest truly wondrous things to fill the world. It’s a little dense but sets up a brilliant next chapter.